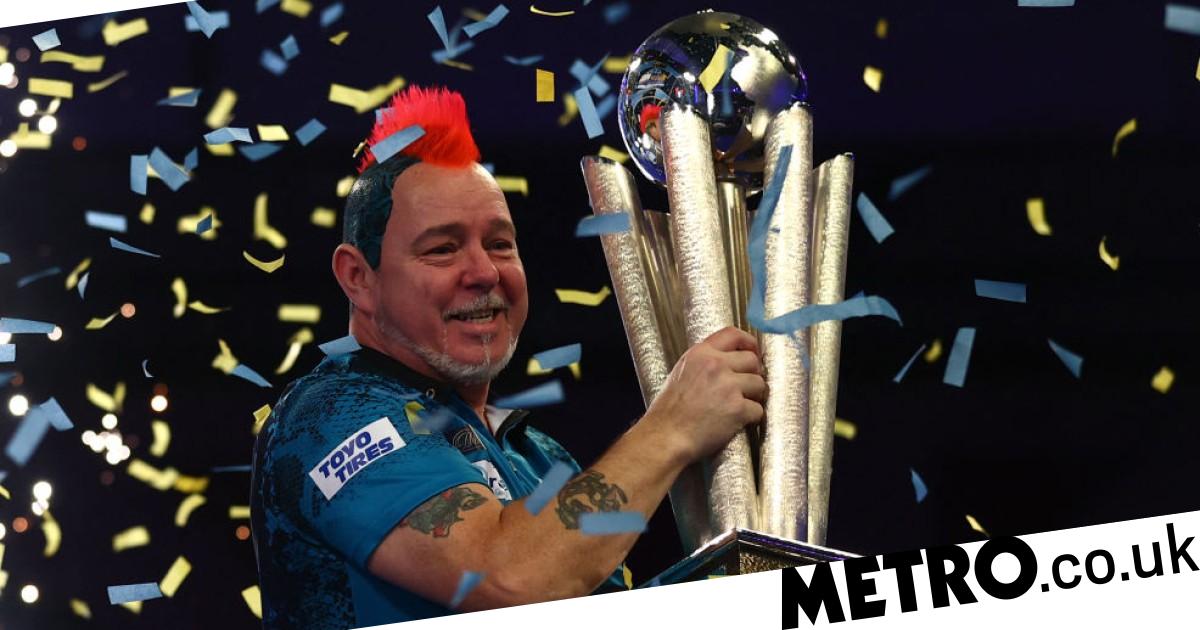 Peter Wright used a mental technique he developed while getting heavily beaten by Phil Taylor in the past to produced his stirring comeback against Michael Smith and win the 2022 World Darts Championship.

The engrossing final seemed destined to be going the distance with the pair inseparable until Snakebite found an extra gear and made a burst for the winning line, beating Bully Boy 7-5.

Smith was 5-4 ahead in sets and 2-0 up in the tenth when Wright dug his heels in and then went on the attack, bouncing back to claim that set 3-2 and then reeling off the final two sets in double quick time.

Wright won nine of the final 10 legs played in the match and he said that simply setting himself that target was enough to focus him on the winning line.

The 51-year-old said he got used to setting himself manageable chunks of legs to focus on as he dealt with the force that was Phil Taylor in his pomp, and it is clearly something that still works for him.

‘It didn’t work out like that, but that was in my mind, just nine legs.

‘All the beatings he used to give me and then I’d go in a break, think, “win the next five legs” and I’d take that on board against everybody I play.’

It is far from a one off as Wright has done this before, very recently and against the same opponent when he surged back from 8-12 behind to beat Smith 16-12 at the Grand Slam in November.

‘The Grand Slam, I looked at it as I needed eight legs. That was in my head, put a mental thing in to make me try harder,’ Wright explained.

Wright now joins Taylor as one of only six players to have won more than one PDC World Championship, with Michael van Gerwen, John Part, Gary Anderson and Adrian Lewis the others.

Snakebite is the 15th man to win multiple world titles across the BDO and the PDC and is now level with Anderson and Jocky Wilson as Scottish double world champs.

Snakebite finished the final with a superb total of 17 180s, but it was dwarved by Smith’s effort of 24 – a total which equalled the record for the most in any match, set by Wright the day before against Anderson in the semis.