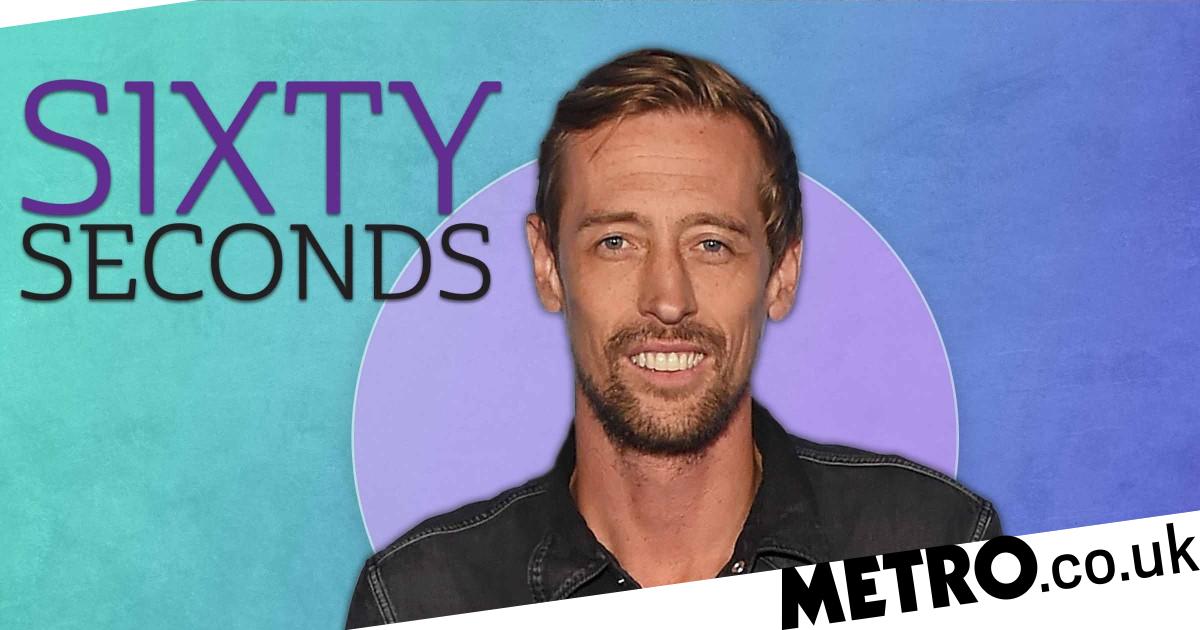 The footballer turned podcaster, 40, on rescuing Dulwich Hamlet FC, working with royalty and his lucky pants.

Your new documentary, Save Our Beautiful Game, is about trying to save Dulwich Hamlet FC. Was it emotional?

Yeah, it’s a roller-coaster ride. I got involved after Covid because it’s been so difficult for clubs at grassroots non-league level – the only revenue they get is people through the door and spending money on beers.

They had to complete their season with no fans and it’s crippled the club so it’s nice to try and help.

How did it come about?

I was at Dulwich Hamlet when I was a 17-year-old kid, on loan from Tottenham. And it sort of made me the person that I am today so I owe them a lot.

You’ve been doing a lot to raise money and awareness…

There’s lots going on and it’s been so hard to generate money. Tracey Crouch MP was able to come down to Dulwich with Prince William too, which was incredible.

We got to speak to the person who’s reporting to the government about it – and the future king. A good start.

A football club is vital for a community, isn’t it?

Football to a lot of people is their life. The club’s been going for over 120 years and if that’s not worth preserving, what is?

I’ve got a friend who’s a Bury fan but Bury doesn’t exist any more. He’s in the catchment area of Manchester City and Manchester United but you don’t just move clubs, that’s not how it works.

Marcus Rashford uses his profile brilliantly. Should all footballers be doing the same?

That’s something very close to Marcus’s heart, having gone hungry as a young kid, so he wanted to change that in schools.

But you can’t say all footballers should be doing something. Not every player has issues or wants to do that. But what Marcus Rashford is doing is nothing short of incredible.

How did lockdown affect you and what you had planned?

By the second lockdown, I wanted to get out of the house as soon as possible. I’d had enough of them by then.

Did you start baking or learn anything else?

No, I leave baking to Abbs [wife Abbey Clancy]. She likes to bake, it’s not for me. I was doing Joe Wicks with the kids but even that was getting tiring on the second lockdown. We did home schooling and we found that quite tough. We’ve got four children so there was always one causing trouble.

You also already had a well-established podcast…

Yeah, the timing on the podcast was great because we started that quite early and everyone seems to be doing them now. It has an amazing following. Whatever I do on TV or anywhere else people always say, ‘Stop messing around and bring a podcast out, please.’

I think it’s a nice mix of being inside the dressing room and what it was like to be a footballer, with a lot of fun. I think the listeners feel like they’re there in the pub with us discussing football.

Liam Gallagher is a fan of your podcast… are all of the guests generally in your phone?

Yeah, pretty much. Lots of different people want to come on but we only get people on we think we’d like and feel like they’re part of our podcast. We’ve had incredible people and obviously going to the palace to interview Prince William was amazing. Elton John’s been a part of it, Louis Theroux was amazing.

Yeah, it’s nice. It’s quite hard as a young player coming through, the terraces are notoriously harsh places.

It’s been tough but the thing I’m most proud about was changing people’s opinions of myself through hard work and performances on the pitch. Now it’s got to the stage where, wherever I go, people are quite nice. I don’t get much stick.

What do you miss about your footballing days?

Just the day-to-day stuff. I never had to grow up. I left school at 16 and went straight into something I love doing with a group of lads that the majority of time I got on with well.

Do you still have any superstitions?

No, I used to be ridiculously superstitious as a player. On the day of the game I would always eat the same meal before a game, then I had a bizarre thing where I’d run out, do the handshakes then I’d run, jump, do an imaginary header, tie my right boot lace, clap the crowd and wave to my dad. In that order, every single game for 15 years. I wore lucky pants too!

Peter Crouch: Save Our Beautiful Game, is available to stream on Discovery+