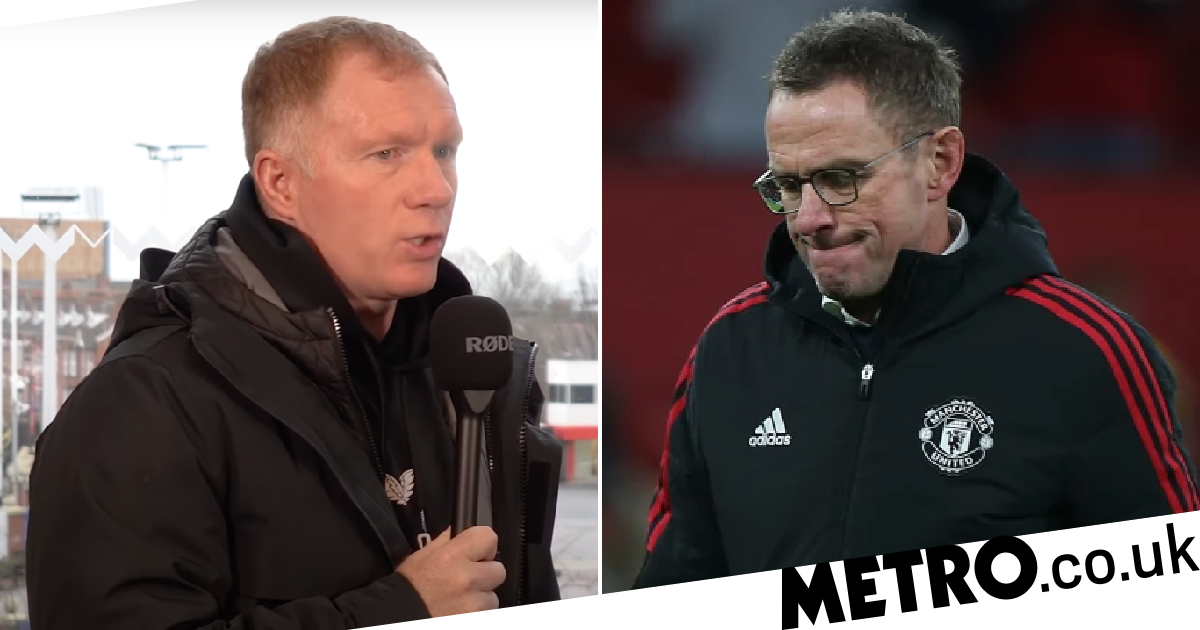 Paul Scholes has played down rumours of dressing room unrest at Manchester United and believes a lack of proven winners and quality is the club’s main concern rather than a lack of commitment within the squad.

Interim boss Ralf Rangnick oversaw back-to-back victories over Arsenal and Crystal Palace after taking over the reins from Ole Gunnar Solskjaer, but the Red Devils have blown hot and cold across a mixed winter period and find themselves languishing down in seventh place in the Premier League.

Recent reports claimed 17 first-team stars had grown unhappy with their situation despite the recent managerial change, with Rangnick facing a possible exodus at United this January.

According to The Mirror, as many as 11 of these players, including Paul Pogba, Jesse Lingard and Anthony Martial, had made it clear they were keen for the exit door at Old Trafford.

Fred and Marcus Rashford have since denied the rumours and underlined a collective desire to respond in the second half of the season, with Rangnick’s men still firmly in the race for a top-four finish and silverware in the Champions League and FA Cup.

Asked about reports of dressing room unrest, United legend Scholes told the Webby & O’Neill YouTube channel: ‘You don’t know what’s happening in that dressing room. Nobody ever knows what’s going on properly in a dressing room, apart from the players and probably the staff.

‘When it’s not going well there’s always going to be these kinds of stories.

‘When I watch Manchester United I think the effort is there. I don’t doubt that they’re trying their best to win games.

‘It has to come to a point where you think are these players good enough as well because there’s three or four players who have won trophies, won big things.

‘But the majority of the squad, young players, they haven’t proven themselves to be good enough to win anything.’

Scholes questioned whether the likes of Marcus Rashford, Harry Maguire and Victor Lindelof would ever prove ‘good enough’ to steer United to major silverware on a consistent basis.

‘Obviously, Cristiano Ronaldo, Paul Pogba and Raphael Varane… great experience, have won trophies and Nemanja Matic has won trophies as well. But the rest of the squad haven’t proven they can do that.

‘At some point they have got to prove the potential that we think they’ve got.

‘We keep saying how good they are, what a good squad, what a good group of players they’ve got, but they’re failing to produce what is required on the pitch at the minute.’

The Red Devils could rise to as high as fifth in the Premier League table with victory away to Aston Villa this coming weekend.

An early Scott McTominay header saw United beat Villa to a place in the fourth round of the FA Cup on Monday night, but Rangnick will no doubt hope for an improved performance from his players.