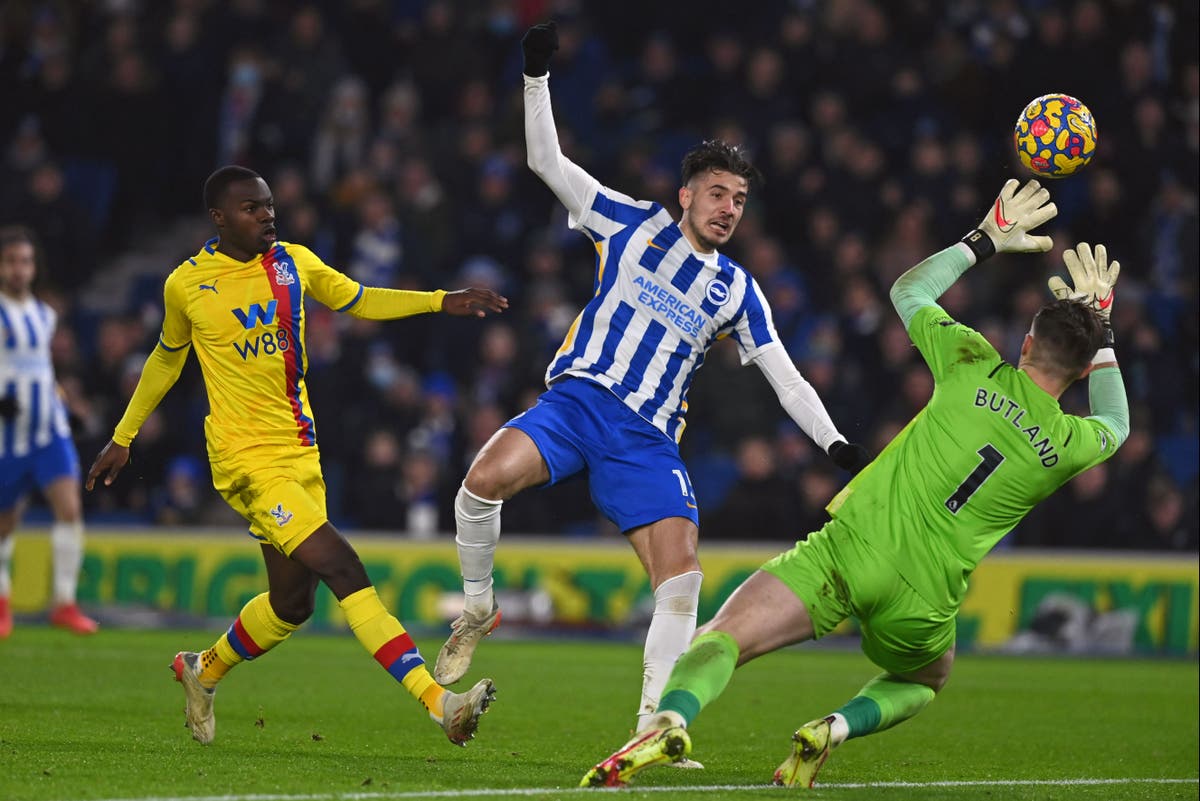 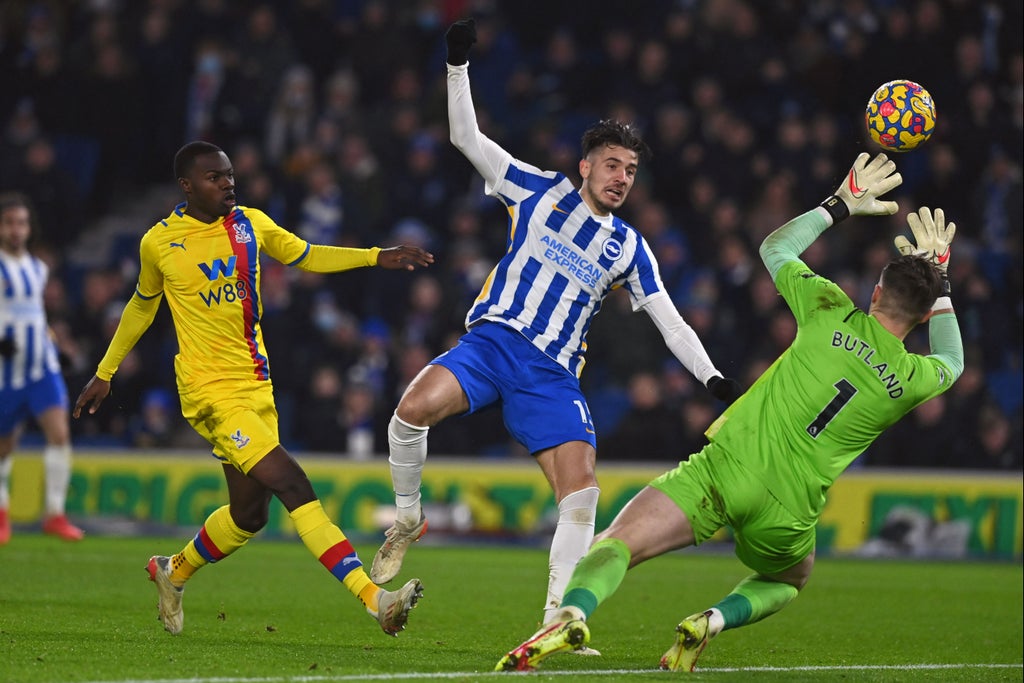 The former England goalkeeper, making just his fourth Premier League start for the Eagles, made a fine stop from Leandro Trossard when the Seagulls midfielder had been let through one-on-one before saving his first ever penalty in the top flight from Pascal Gross.

Conor Gallagher looked to have snatched a shock win from a dominant Brighton side before Joachim Andersen’s late own goal, which Butland could do nothing to prevent.

Butland’s performance perhaps deserved more than a point but the Palace boss was full of praise.

“He is a positive professional. He has been frustrated not playing but he never complained or showed it, he kept working hard and when forwards want to do finishing he is the first to put his hand up. He is a really good character in the dressing room.

“I am really pleased he had that game and performance because all the work he has been doing paid off today.”