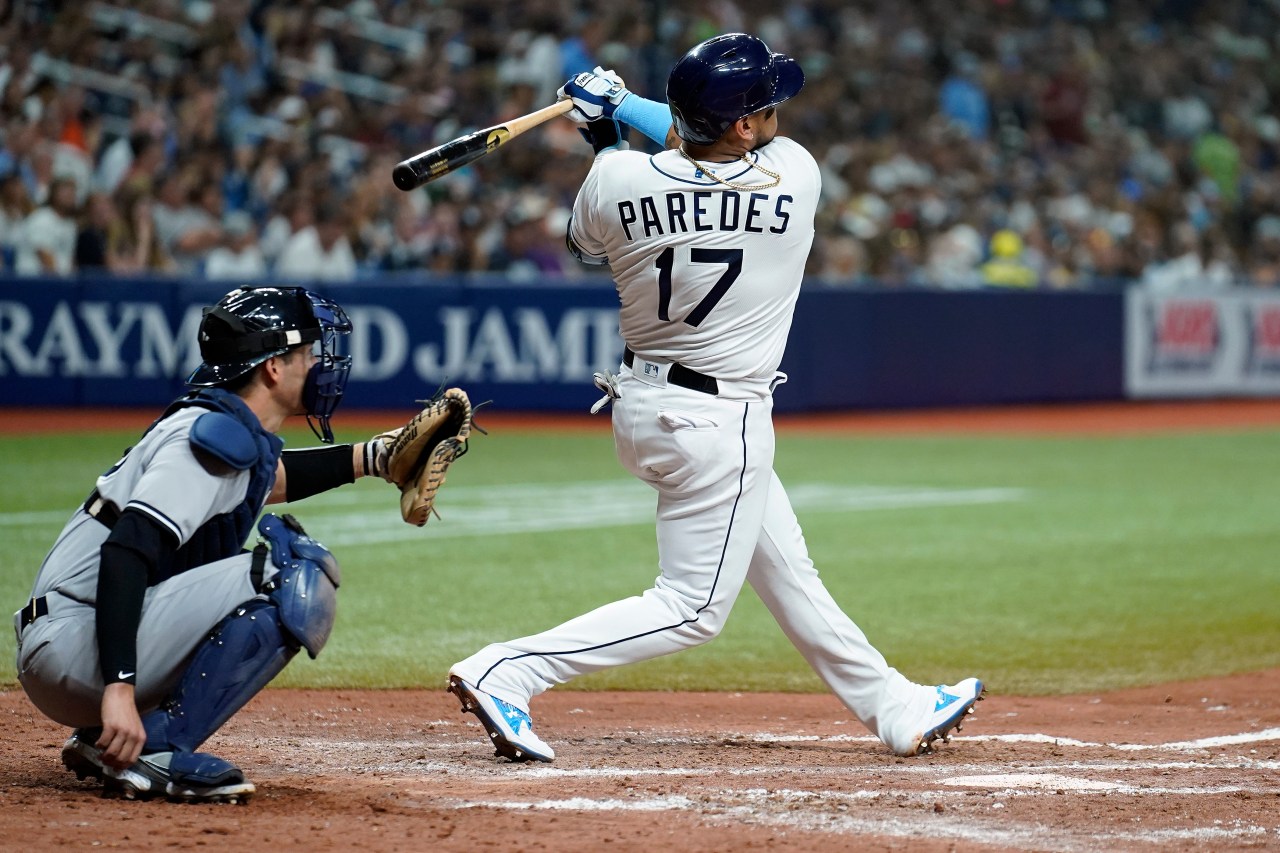 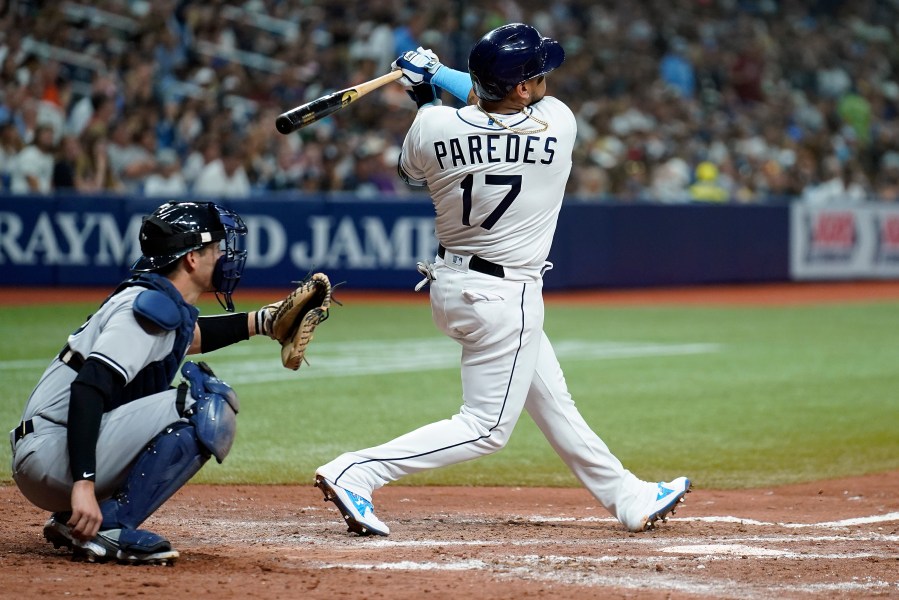 Paredes, who had four RBIs, combined with Harold Ramirez for back-to-back homers in the first off Nestor Cortes, then put the Rays ahead 3-2 in the third and added a two-run drive in the fifth on the first pitch after Clarke Schmidt relieved.

Marwin Gonzalez hit a two-run homer with two outs in the ninth off Colin Poche, who got his fifth save when pinch-hitter Aaron Judge flied out to the warning track.