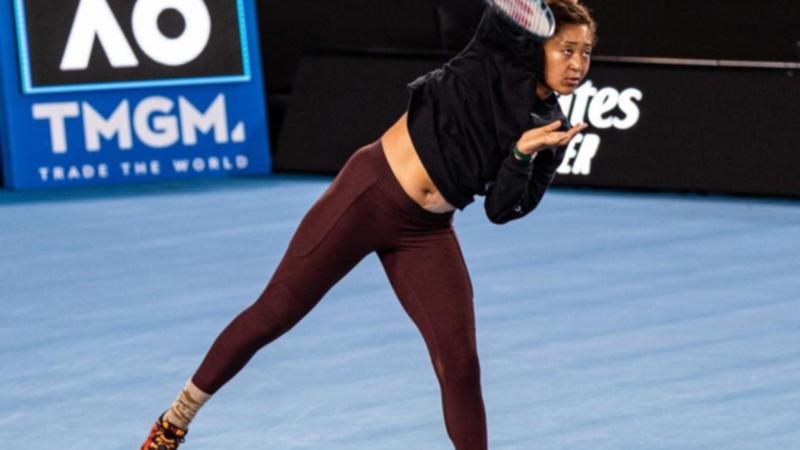 Naomi Osaka has never successfully defended her grand slam titles but the reigning Australian Open champion is confident she’s ready to handle the pressure on her fourth attempt.

The latter preceded Osaka’s decision to take a break from tennis to focus on her mental health.

“I’ve been defending champion like three times before that and I’ve clearly never been able to defend it. But I think there’s of course added pressure and you always think about it more often than not,” the 13th seed said.

“But for me, I just want to come into this tournament playing well. I think the bottom line, if I play well, I’ll be able to get far.

“If I happen to lose, then that’s something that I can learn on and keep practising and hopefully evolve from that.

“But currently, yes, I am a little bit nervous about having that ‘defending champion’ title on me, but this is a whole new year and it’s technically a whole new tournament.”

Osaka has struck a relaxed figure in Melbourne, where she has focused on having fun and taken a “different approach” to her build-up.

That’s included writing in a journal each day and setting up candles and incense in her room to build a routine.

Osaka was confident she was “feeling good” after a recent abdominal strain but had no plans to look at her draw permutations, including a potential last-16 collision course with Ash Barty.

“Please don’t tell me (about the draw),” she said with a laugh.

“I’m the type of person that I don’t look at the draw. I only look at the person I’m going to play.

“I was literally out somewhere yesterday and someone told me about Barty. Don’t tell me about anything past that. I’m just trying to get past the first round.”

There Osaka will face world No.53 Camila Osorio, whom she admitted she didn’t “know anything about”, but expected a thorough briefing from coach Wim Fissette.

“It’s really exciting to be in times like this. You play new players and you kind of see new faces. I feel like it’s kind of, like, refreshing,” she said.

“Hopefully I won’t be in for a shock but if I am, then I wish I’ll be prepared in that moment.”