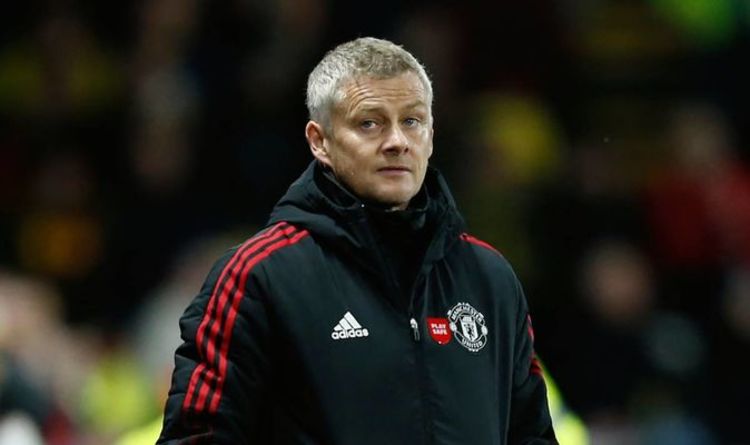 Ole Gunnar Solskjaer was sacked by Manchester United 39 days ago, but after nearly three years as manager his influence remains to this day. Although some of what Solskjaer insisted on is continuing to help United get back to where they once were, some of it is continuing to harm their cause.

Solskjaer cared deeply about the club and was seen as a very personable presence as manager.

Those are admirable qualities in many senses, but they also had another potential knock-on effect.

The latter stages of the Norwegian’s stint as manager were peppered with reports of disharmony behind the scenes, of dressing room cliques, favourite players and disaffected others.

Ralf Rangnick’s arrival as interim manager until the end of the season was supposed to act as a reset button.

The plan was that the German would come in, shake things up and ready the ship for a new long-term manager in the summer.

The players’ body language at St James’ Park left a lot to be desired, with slumped shoulders, annoyed faces and teapot poses on show during the dreadful display.

Those problems are not just limited to the pitch it seems, with reports on Wednesday suggesting they stem from the training ground.

According to the Daily Mail, the mood at Carrington is ‘very low’, with players unhappy about Rangnick’s training regime.

The German likes to train his players later than they were used to, meaning they left the training ground in the dark at 5pm on Tuesday.

Meanwhile, United’s canteen has had four-seater booths installed, which has only heightened an apparent divide between the players.

During Solskjaer’s time at the club there were frequent reports about cliques in the dressing room, with the players divided along language lines.

Solskjaer’s friendly demeanour and unwillingness to cause confrontation could sometimes be a problem, with his willingness to please everyone actually having the opposite effect.

Fringe players like Eric Bailly, Dean Henderson, Jesse Lingard and Donny van de Beek were promised more game time and an increased role in the team, only to find out those were empty promises.

Rangnick has inherited a dysfunctional squad with clear dynamic problems.

Harry Maguire is the captain, but he appears increasingly marginalised in a side which also contains huge personalities like Bruno Fernandes and Cristiano Ronaldo, as well as experienced campaigners like David de Gea and Nemanja Matic.

It is an aspect commented on by former United defender Gary Neville after the draw at Newcastle on Monday.

“The spirit of a dressing room is really important and I don’t think they’re all with each other at this moment in time,” he said on Sky Sports. “There’s a leadership struggle going on. Harry Maguire is the captain but he doesn’t feel like the captain.”

Rangnick only has until the end of the season to make his mark and his primary concern is implementing his tactical approach. But he can’t neglect the personal side of management.

With Solskjaer’s lieutenants Michael Carrick and Kieran McKenna having left the club there is a void of leadership at United.

If Rangnick is not careful it could undermine all his hard work on the training pitch.