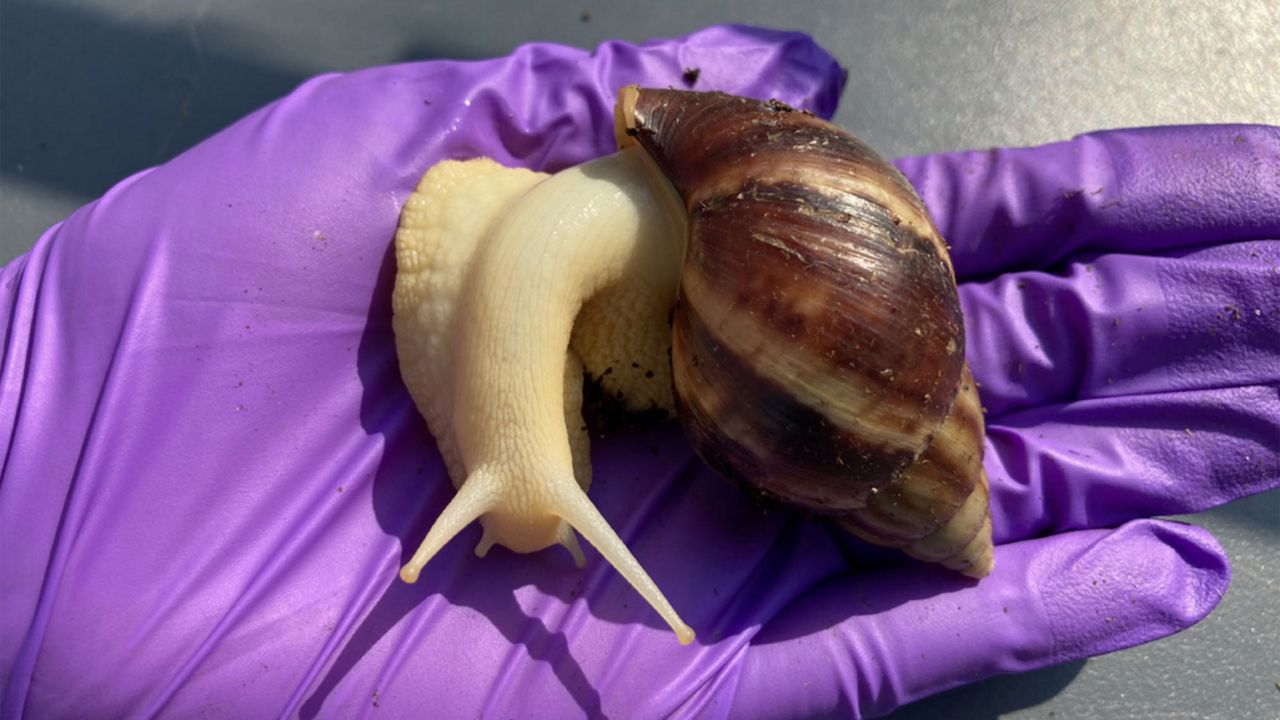 Almost 3,000 of the invasive snails have been collected from over 600 surveys in the area to date, according to Fried, who noted that neither the size of the quarantine nor treatment area has increased since the program started.

Fried said labs did confirm on July 15 the presence of rat lungworm in specimens collected, which she said is an important reminder of the risks posed by giant African land snails and why people should not touch, move or eat them.

The snail is called “one of the most damaging snails in the world,” and experts say the large snails could be devastating to Florida agriculture and natural areas.

Fried urged anyone who sees a snail that is believed to be a giant African land snail to contact the Division of Plant Industry helpline at 1-888-397-1517.