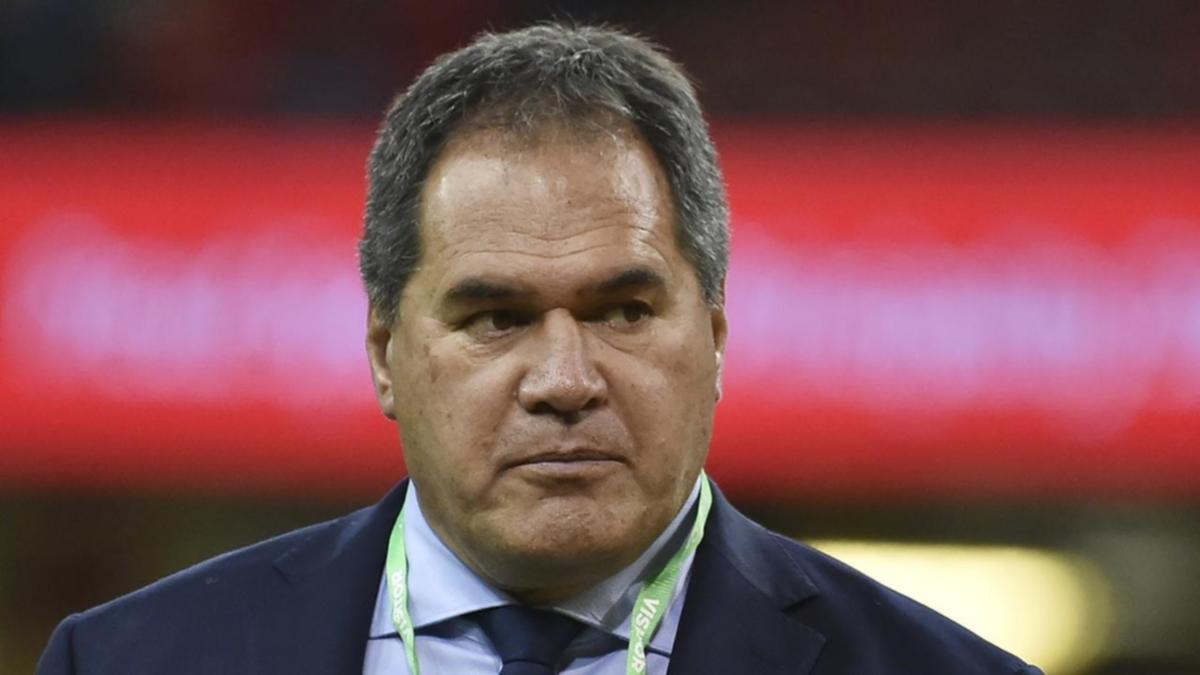 Fuming Wallabies coach Dave Rennie has called for big match rugby officials to be held more accountable after being left convinced his men were robbed of a tour-ending Test triumph by “horrendous” decisions.

Rennie was left raging at the officiating in his side’s last-kick 29-28 defeat to Wales at Cardiff on Saturday night (Sunday morning AEDT), saying Australia would make their complaints clear in a report to World Rugby head of refereeing Joel Jutge.

He was particularly incensed by South African TMO Marius Jonker, who he believes played a major part in costing the Wallabies two potential victories on the tour against Scotland and now Wales.

Jonker was behind the sin-binning of Allan Alaalatoa for a swinging arm, thus ruling out Michael Hooper’s try in the Murrayfield match two weeks ago – a decision World Rugby subsequently apologised for as incorrect.

Against Wales, he also infuriated Rennie by ruling, after review, that Welsh centre Nick Tompkins wasn’t guilty of a deliberate knock-on, which allowed him to go on to score unchallenged.

“If we’re going to have a TMO, there’s no excuse for not getting the decision right, and we saw another example of that tonight,” insisted Rennie.

“Everyone’s accountable – or they should be. We’re accountable as players and coaches, and we’ve got to make sure officials are also accountable.

“Marius’s decision a couple of weeks ago decided the game, and yet he was appointed again. There isn’t any accountability around guys who are making errors that are deciding Test matches.

“The reason the TMO was brought in to the game was to get the right decision.

“After the Scotland game, Marius’s decision to sin bin Alaalatoa, we were told, was the wrong decision, it wasn’t a yellow card.

“These are big moments – and getting an apology during the week after is not good enough.”

Rennie venting his frustration so uncharacteristically was a sign of how hard it has been to oversee the first tour to Europe since 1976 in which the Wallabies didn’t win a match.

He clearly felt some of the 13 penalties they gave away were unfair, even if he had no complaints about the key decision – the red card for Rob Valetini after just 15 minutes for a reckless head-to-head challenge in the tackle on Welsh lock Adam Beard.

“There’s a lot of decisions today that I’m not going into which I felt had a massive bearing on the game,” he added.

“I’m incredibly proud of our effort, it was massive. When you’re one short, and two short, you’ve got to do that.

“So heaps of character, because we got put under the blow torch and the boys responded really well. I feel they deserved better.”

His fellow New Zealander, Wayne Pivac, who oversaw the Welsh victory, had no truck with the idea that the Wallabies had been hard done to.

“I don’t think it (the Tompkins incident) is a knock-on personally,” said Pivac, agreeing with the interpretation that the ball had gone backwards.

“Nor did the referee, the TMO, the touch judges or anyone in our coaching box.”

Pivac suggested “the opposition have (given away a red card) and they need to have a look at that.”