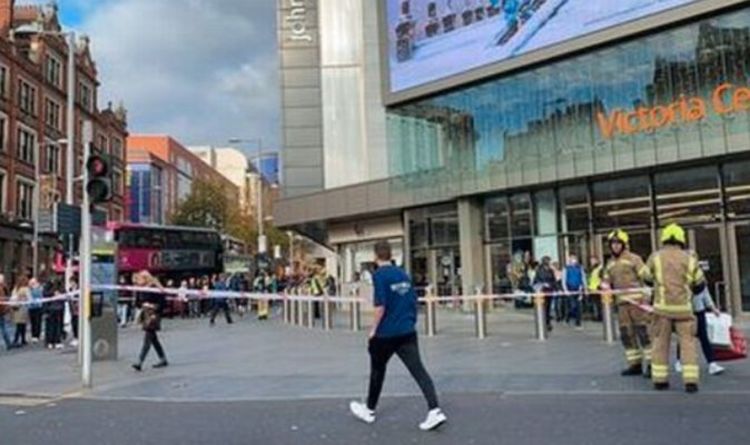 People in Nottingham have been told to stay away from Victoria Centre after it had to be evacuated following a suspected “gas leak”. Nottingham Fire and Rescue Service have asked members of the public to “avoid the area”. Four engines cleared the shopping centre this morning. Surrounding areas may also be affected by the leak.

Nottinghamshire Fire and Rescue Service says: “We have four appliances in attendance at Victoria Centre in Nottingham because of a suspected gas leak.

“People are being evacuated from the building and we ask people to avoid the area.”

One shopper wrote on Twitter: “I was walking around Victoria Centre killing time [until] my sister arrives but then the alarms went off and we got told to evacuate, now there’s fire engines here.

“I just wanted a nice chill day, why is it chaos?”

User @emma1883 said: “Not sure why but fire crews are on scene and we have been moved away from the glass frontage.”

Simon Dermody said: “Gas could be smelt at the north car park entrance.”

Confetti Institute of Creative Technologies on nearby Convent Street, which is celebrating an open day, said: “If you’re coming to our college-level open day please make sure you leave enough time for travel.

“Roads around Confetti are currently seeing high volumes of traffic due to the ongoing incident on Upper Parliament Street.”

Meanwhile, Nottingham Playhouse says: “If you’re heading into the city centre today for our performances today, please allow extra time for your journey.”

A fire service cordon has been put up around the Upper Parliament Street junction entrance of the shopping centre to stop passersby from approaching the area of the incident, which was reported shortly after midday and has left cars stuck in traffic in the city centre.

A Victoria Centre spokesperson told Nottinghamshire Live: “We can confirm that there has been an incident in the area and on the advice of the fire service we have had to evacuate the centre and await further instruction.

“We’re unable to share any further information at this stage but we will issue an update as soon as we can.”