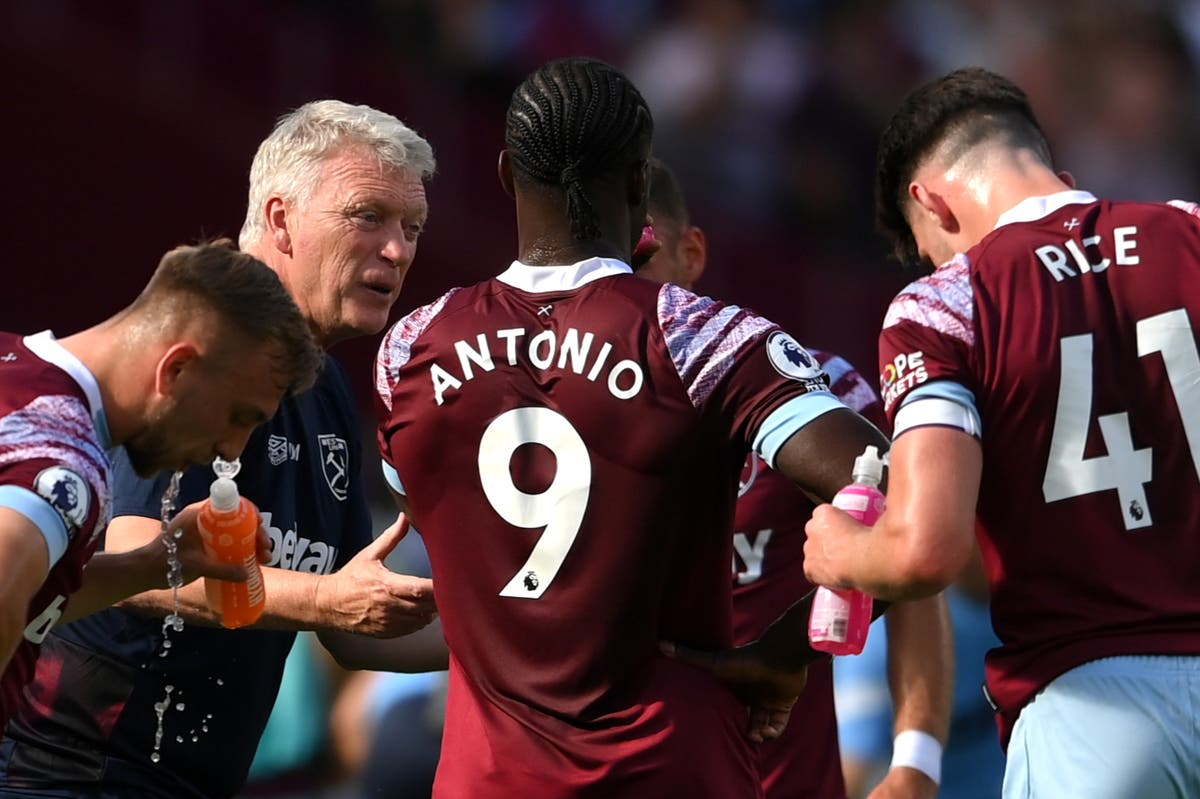 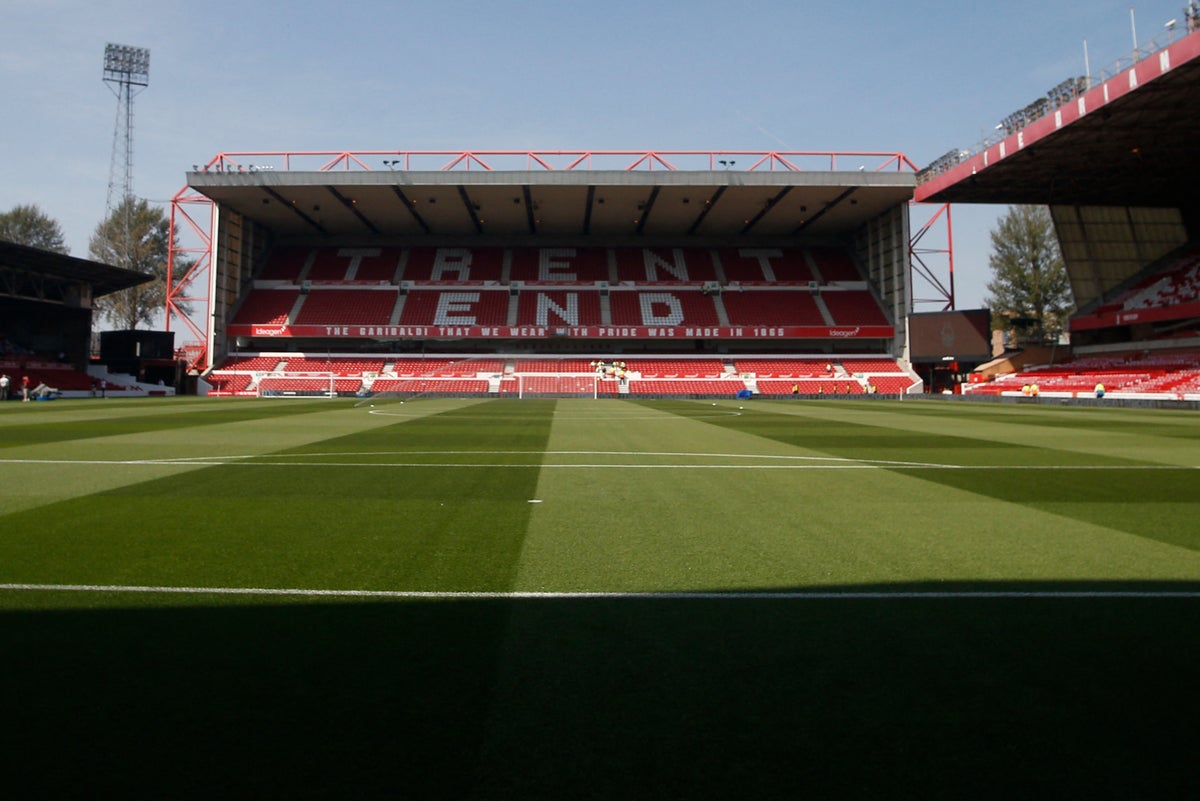 The first Premier League fixture at the City Ground since May 1999 takes place this afternoon, with one of English football’s most iconic old stadiums set to provide some atmosphere for newly-promoted Nottingham Forest’s opening home match since finally ending their 23-year top-flight exile via the Championship play-offs.

Steve Cooper’s much-changed side were brushed aside at Newcastle on the first day in a tough start to life back at this level, but are likely to be a different proposition with a raucous home support behind them and with further signings coming through the door seemingly every day. They will look for a statement performance against West Ham, who were easily handled by reigning champions Manchester City to kick off their campaign.

Transfer progress has been comparatively slow for David Moyes, but the Hammers could line up with both new attacking recruits Gianluca Scamacca and Maxwel Cornet in the East Midlands. Follow Nottingham Forest vs West Ham with Standard Sport’s LIVE blog below, featuring expert analysis from Simon Collings at the City Ground!

What a day for Forest’s first home Premier League fixture since May 16, 1999, when Chris Bart-Williams scored the only goal of the game for Ron Atkinson’s struggling side in a 1-0 win over East Midlands rivals Leicester.

The Tricky Trees finished rock bottom that season and have not been back to the top-flight since, even spending a three-year stint in the third tier between 2005-08.

The headline signing of that group is undoubtedly Jesse Lingard, who sprung a huge shock after deciding to join Forest on a lucrative one-year contract after leaving Manchester UInited earlier this summer.

In the process he snubbed a permanent return to West Ham, for whom he played a starring role on loan a couple of seasons ago.

David Moyes has admitted his surprise at Lingard’s decision, insisting that the Hammers “pushed the boat out” to try and strike a deal.

The England midfielder is set for a rough reception from the travelling fans this afternoon, many of whom are apparently set to wave Monopoly banknotes in his direction to display their ire at what they obviously feel was purely a financially motivated choice.

A full list of Forest’s summer signings can be found below, in case anyone has understandably lost count at this point…

The free transfer of Cheikhou Kouyate and £20m deal for Emmanuel Dennis takes Forest up to a staggering 15 new arrivals and counting since promotion at a cost of just under £110m – and they are from done by the sounds of things.

The Championship play-off winners are also set to sign Brighton striker Neal Maupay in a £15m deal and are reportedly close to getting Lyon midfielder Houssem Aouar and also chasing Djibril Sow at Eintracht Frankfurt.

Will this be a case of too much change, too quickly for Steve Cooper’s side, or is such drastic surgery required to give them a fighting chance of staying up this season?

Standard Sport’s Simon Collings has arrived at the City Ground…

It’s set to be another scorching day in the East Midlands as this latest summer heatwave continues, with temperatures currently around 33 degrees and rising.

As in every other match this weekend, drinks breaks will be enforced in each half to allow the players to take on plenty of fluids.

The City Ground factor cannot be overlooked here but Steve Cooper is still trying to knit his team together amid such a busy summer window and Forest offered little in the way of quality at Newcastle.

For that reason, a tight away victory seems like a reasonable prediction.

David Moyes could hand full debuts to Gianluca Scamacca and Maxwel Cornet this afternoon, with the former having been restricted to a second-half cameo against Manchester City and the latter not signed from Burnley in time.

Michail Antonio appears to have shaken off an issue suffered in training, though Lukasz Fabianski and Craig Dawson are still doubts. Alphonse Areola will continue to deputise in goal if Fabianski remains sidelined.

£28m defender Nayef Aguerd is still out after undergoing ankle surgery last month, while Angelo Ogbonna remains on the comeback trail after a long-term ACL injury.

That means Moyes is likely to have to turn to full-back Ben Johnson as a centre-half once again today, alongside Kurt Zouma.

Forest could hand further full debuts to two of their glut of new signings this afternoon in Orel Mangala and Taiwo Awoniyi, who both came off the bench in the 2-0 defeat at St James’ Park on opening weekend.

However, Omar Richards, Ryan Yates and Steve Cook are still sidelined and influential defender Scott McKenna is doubtful with a knock sustained in training this week.

Jesse Lingard will line up against the club for whom he previously starred on loan and surprisingly rejected in favour of a switch to the City Ground this summer.

How to watch Nottingham Forest vs West Ham

TV channel: In the UK, today’s game will be broadcast live on Sky Sports Main Event and Sky Sports Premier League, with coverage beginning at 2pm BST on the former and 1pm on the latter.

Live stream: Sky Sports subscribers will also be able to watch the game online via the Sky Go app.