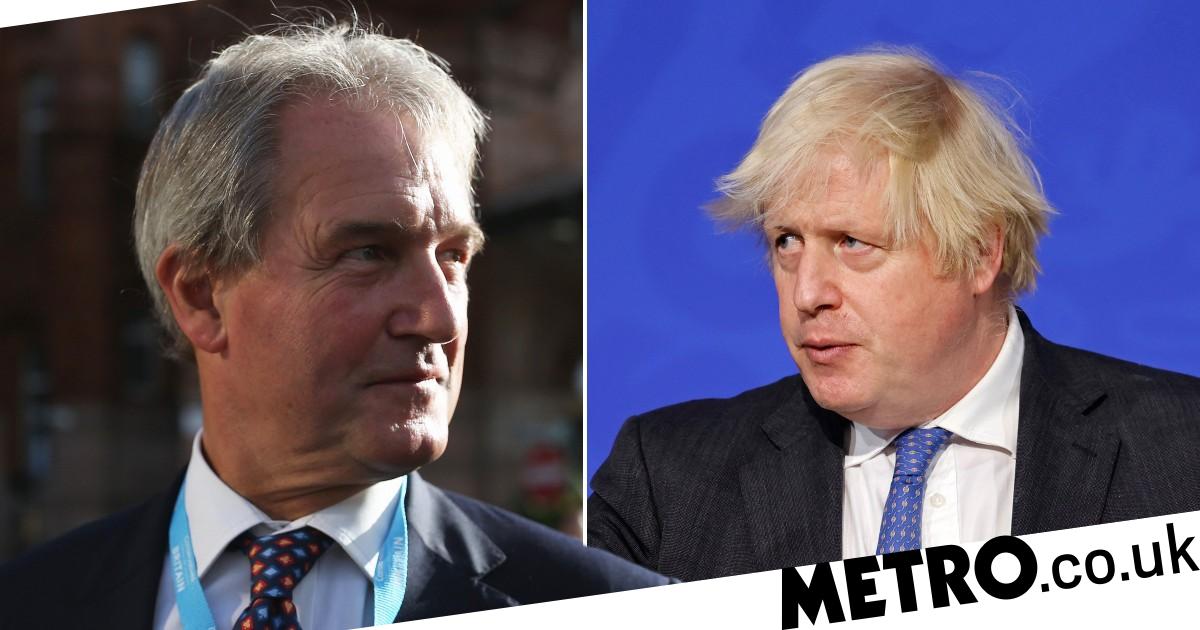 After a week in which his authority was undermined by his own MPs, Boris Johnson is facing yet another major test to his leadership.

Voting is under way in the North Shropshire by-election, which was triggered when Tory MP Owen Paterson resigned in disgrace following a sleaze investigation.

The constituency is an ultra-safe Conservative seat, with the party winning almost two thirds of all votes cast in the 2019 election.

But after a bruising period for the party, the Liberal Democrats believe they stand a chance of overturning the 23,000 majority.

Anything other than a comfortable Tory win is likely to intensify chatter in the party that leadership contenders are preparing to unseat the prime minister.

Earlier this week, Sir Geoffrey Clifton-Brown, treasurer of the influential 1922 Committee, said that a leadership challenge has ‘got to be on the cards’ on the new year if he did not change the way he worked with his MPs.

Asked on Wednesday if Mr Johnson would quit if he loses the seat, the prime minister’s press secretary said: ‘We are fighting for every vote.’

The result is expected to be announced in the early hours of Friday.

It comes days after 99 of Mr Johnson’s backbenchers defied him to vote against Plan B Covid-19 measures, the biggest revolt of his premiership.

With his own party bitterly divided on how to deal with the virus, the PM is in the position where he is effectively reliant on Labour votes to get key legislation through the Commons.

Labour leader Sir Keir Starmer said he was putting public health above politics in voting for the regulations but savaged his counterpart the following day at PMQ’s.

He said: ‘We cannot go on with a prime minister who is too weak to lead, so will the prime minister take time this Christmas to look in the mirror and ask himself if he has the trust and authority to lead this country?.’

Downing Street has been struggling to recover since the Owen Paterson affair led to public outcry and caused the Conservative party to plummet in opinion polls.

Mr Johnson attempted to force a Tory-led review of the rules for MPs after Mr Paterson was found to have breached lobbying rules for two companies paying him £100,000 a year.

Mr Paterson represented the constituency for 24 years until his resignation after the PM’s botched attempt to shield him from a 30-day suspension.

The resulting sleaze scandal rumbled on for several weeks before being eclipsed by allegations of parties in Downing Street and elsewhere on the government estate during the winter 2020 lockdown.

Mr Johnson has seen his own personal approval rating slip to record lows and Lib Dems on the ground have tried to frame the by-election as an opportunity for people to pass judgement on the PM’s performance.

The area has been consistently true blue for decades, only twice voting for another party since the Conservative Party’s inception in 1830.

But bookmakers have put the Lib Dems favourite for victory, while campaigners on the ground believe the result is too close to call and leader Sir Ed Davey described it as a ‘coin toss’.