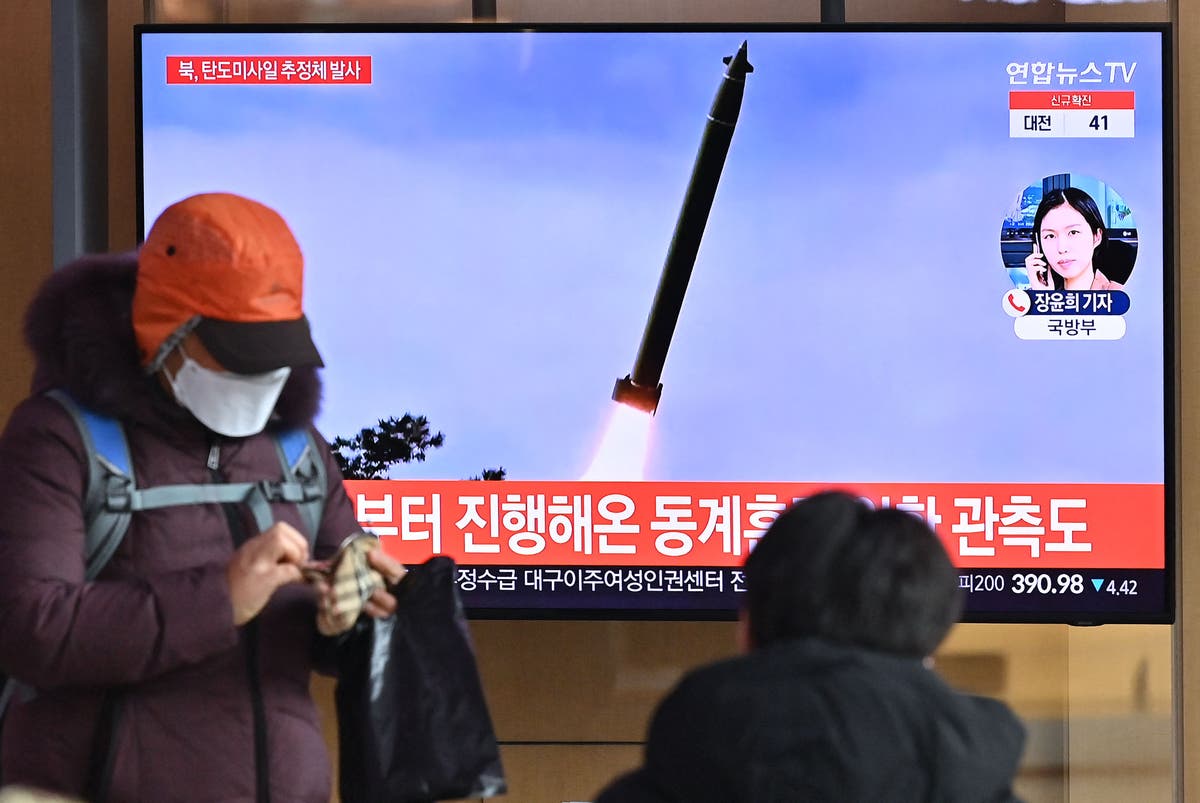 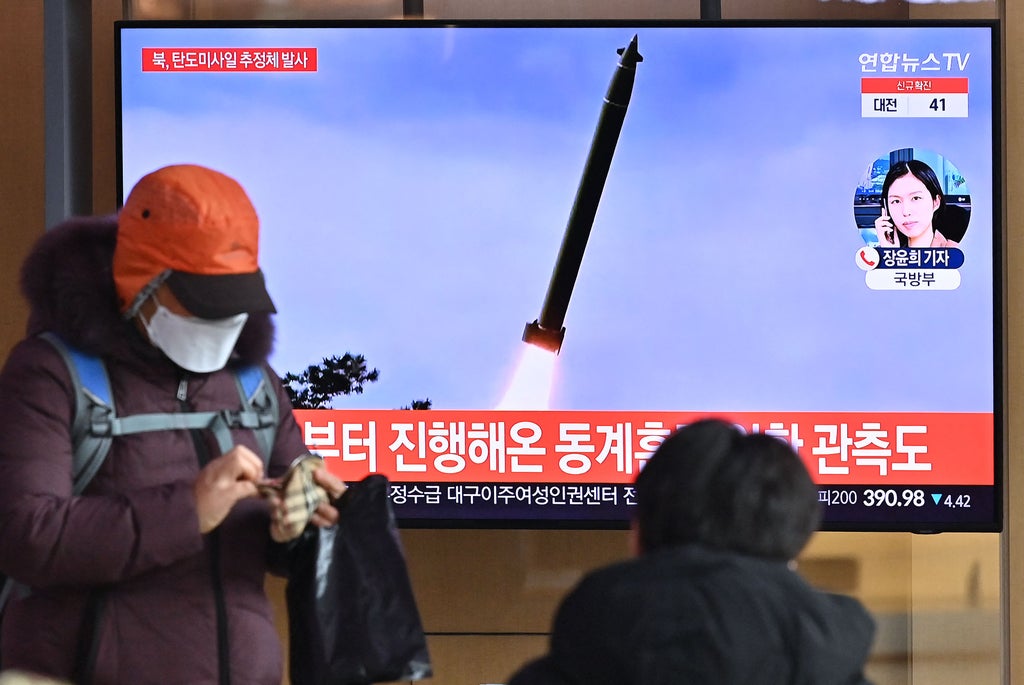 North Korea has fired a second missile within the space of one week, the Japanese and South Korean militaries have reported.

South Korea’s military confirmed the launch of an “unidentified projectile” from the east coast of the Korean Peninsula on Tuesday morning, local time, but gave no more details.

The latest test launch came a day after the United States mission to the United Nations – along with Albania, France, Ireland, Japan, and the UK – issued a joint statement condemning North Korea’s test of an alleged hypersonic missile last week.

North Korea reported – through its state news agency KCNA – that, on Wednesday, it fired a hypersonic missile in a test launch that it claimed had successfully hit a target.

Ballistic missiles fly into outer space and fall back to Earth on steep trajectories, while hypersonic missiles move towards targets at lower altitudes but at speeds more than five times the speed of sound.

In the past, South Korea has avoided aggravating North Korea by doubting its claims of military prowess.

But, on Friday, South Korean military officials said that the missile appeared to be a ballistic one, and that North Korea’s technology is not advanced enough to fire hypersonic projectiles.

In his New Year vow, he promised to boost the military in the face of an uncertain situation posed by stalled discussions with South Korea and the United States on the topic of denuclearisation.

North Korean people are also struggling amid worsening economic troubles, food shortages, and an electricity crisis caused by the closure of its border with China during the Covid pandemic.

Mr Kim last January had admitted that his previous economic plans had failed, leading to “the worst-ever” situation for North Korea.

During his latest speech, he said that the last year was one of “great victory” and that his 2022 goals include rural developments, improvements to North Korean people’s diets, and the need to crack down on “non-socialist practices”.

US Ambassador Linda Thomas-Greenfield in the statement on Monday warned that North Korea was ramping up missile activity “at the expense of the well-being of the North Korean people”.

She said: “These actions increase the risk of miscalculation and escalation and pose a significant threat to regional stability.”

Ms Thomas-Greenfield also reiterated calls for North Korea to return to the stalled denuclearisation talks, and “irreversibly” abandon its missiles and nuclear weapons.