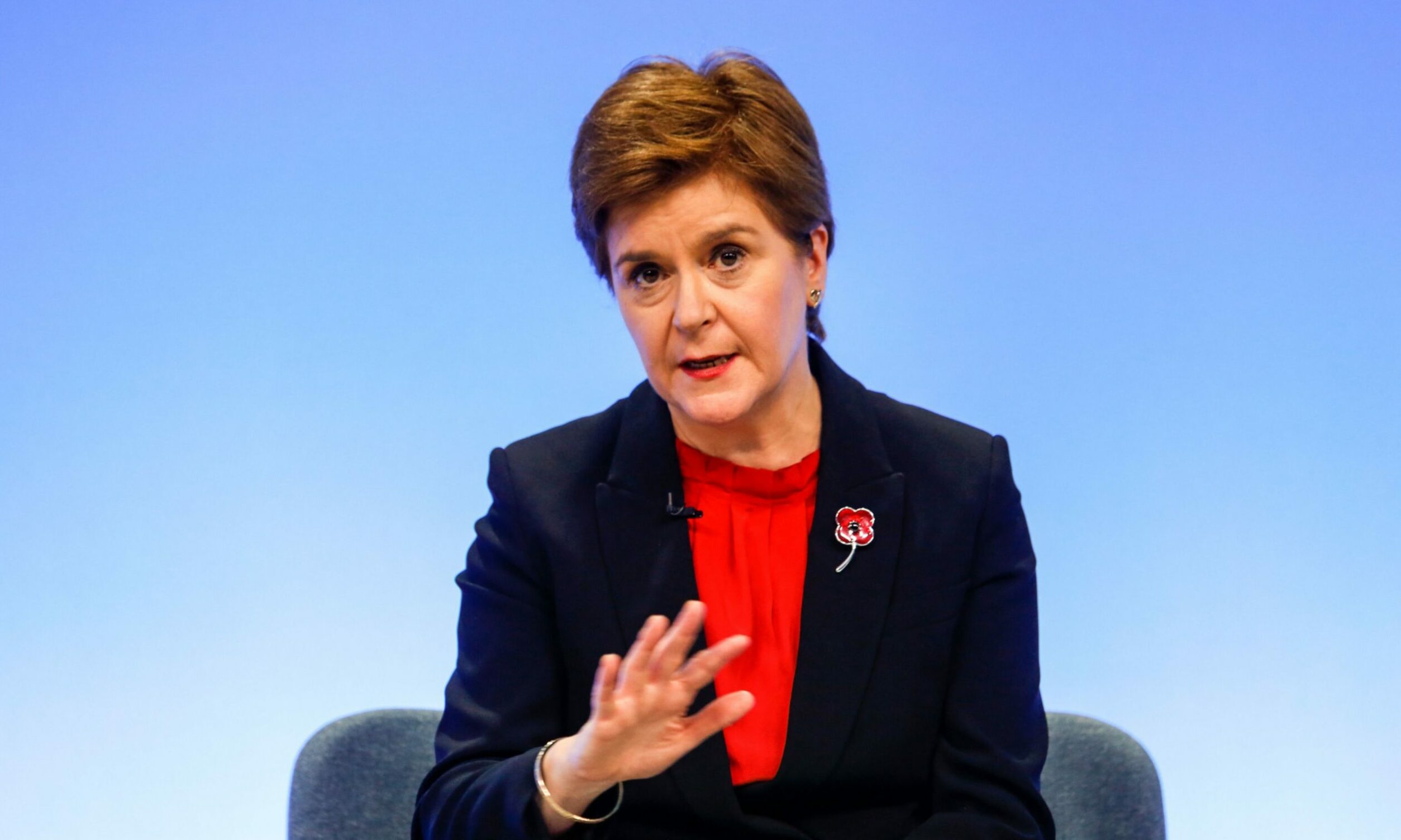 Nicola Sturgeon is warning the UK Government to “act urgently” and not “sleepwalk into an emergency” caused by a rapid surge in Omicron cases.

The first minister gave a grim assessment of the challenge ahead with the new variant “raging across the country”, as she called for Boris Johnson to step up and re-establish the furlough scheme.

The SNP leader says she wrote to the prime minister on Thursday asking him to talk and “appealing to him to put the necessary support schemes in place”.

In an unscheduled update in the Scottish Parliament, Ms Sturgeon told MSPs: “There are simply no mechanisms available to the devolved administrations to trigger the scale of finance needed to support such schemes.

“We need the UK Government to act urgently and in the same way some other countries are already doing.”

‘We must not sleepwalk into an emergency’

She said the issue needs the “urgent engagement” of both the Prime Minister and his Chancellor, Rishi Sunak.

“We must not sleepwalk into an emergency that for both health and business will be much greater as a result of inaction than it will be if we act firmly and strongly now,” she said.

“I have therefore written to the prime minister this morning appealing to him to put the necessary support schemes in place.

“Such is the urgency I’ve asked to speak to him directly later today.”

Ms Sturgeon has already appealed to Scots to restrict their contact with others, recommending meet-ups should be limited to no more than three households.

However, she said this advice needs to be strengthened further, as she told Mr Johnson: “I also believe that restrictions on the operation of higher-risk settings, while of course undesirable, may now be unavoidable.”

The first minister and Scottish Conservative leader Douglas Ross clashed over plans to get cash to businesses before Christmas during First Minister’s Questions on Thursday.

The Scottish Government was accused of leaving “business guidance to the last minute again” and creating “unnecessary confusion with their mixed messaging”.

Mr Ross said “livelihoods were at risk”, as he criticised the length of time it was taking for guidance to be published for businesses.

At @ScotParl Covid-19 Committee this morning I said guidance for new restrictions would be published tomorrow. I should have said today. My apologies for this error. I will write to the Committee.

Ms Sturgeon confirmed the guidance would be published on Thursday and said business organisations have been “communicated with throughout the week”.

The Scottish Government announced £100 million of funding for struggling businesses on Tuesday.

However, Mr Ross said there was “still no word” on when this cash would be provided.

The first minister did not give a specific timeline on when these funds will be made available but said it would be issued “as quickly as we can”.

But the SNP leader hit back at the leader of the Tories, telling him £100m is not enough to support businesses across the country, as she called for more cash from the UK Government.

Mr Ross said: “This is about people’s jobs and their livelihoods.

“Nicola Sturgeon must commit to getting this vital cash to businesses before Christmas.

“Nicola Sturgeon is calling for more support from the UK Government before she’s even able to tell Scottish businesses when they’ll get funding from her government.”