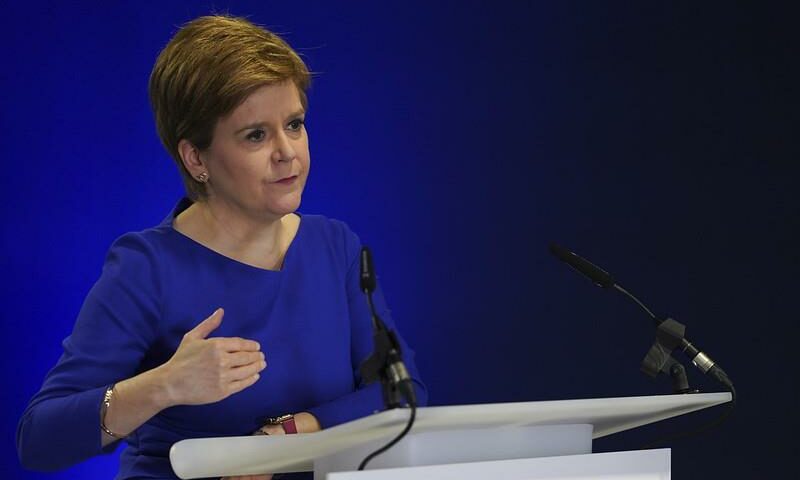 Nicola Sturgeon will give a Covid-19 update on Wednesday during a special meeting of the Scottish Parliament.

It comes as coronavirus cases surge across Scotland, with a record high of 20,217 reported on Monday.

The first minister will update MSPs on the latest Covid-19 situation during a virtual sitting of the Scottish Parliament at 2pm on Wednesday.

Ms Sturgeon is expected to confirm whether Scotland will follow England and Wales in cutting the length of time for self-isolation from 10 days to seven if individuals test negative on two consecutive days using lateral flow devices.

CONFIRMED: Parliament will sit at 2pm on Wednesday 5 January.

The meeting – for an update and questions on COVID – will be entirely virtual.

The SNP leader will answer questions from opposition party leaders and backbenchers following her statement.

The figures published by the Scottish Government show there were 1,031 people in hospital on Sunday with recently confirmed Covid-19 and of these 38 were in intensive care.

Hogmanay street parties across the country were cancelled for a second year in a row, following the introduction of restrictions capping the number at large gatherings.

Ministers have been clear they intend to keep schools open but have asked secondary school children to take a lateral flow test before they return to classes after the Christmas holidays.

Those aged 12-15 are being offered second doses of the vaccine from this week.

She said this week would be a “crunch week” for understanding the impact of the Omicron Covid variant.

Ms Evans told BBC Scotland’s Seven Days: “I think this is the crunch week for us as we begin to see the impact of those high cases and schools going back, the intergenerational effects of mixing over Christmas – all of that will start to be shown now in the data.

“It will become very real to people not just in their health but also in possible disruption to their ways of life.”