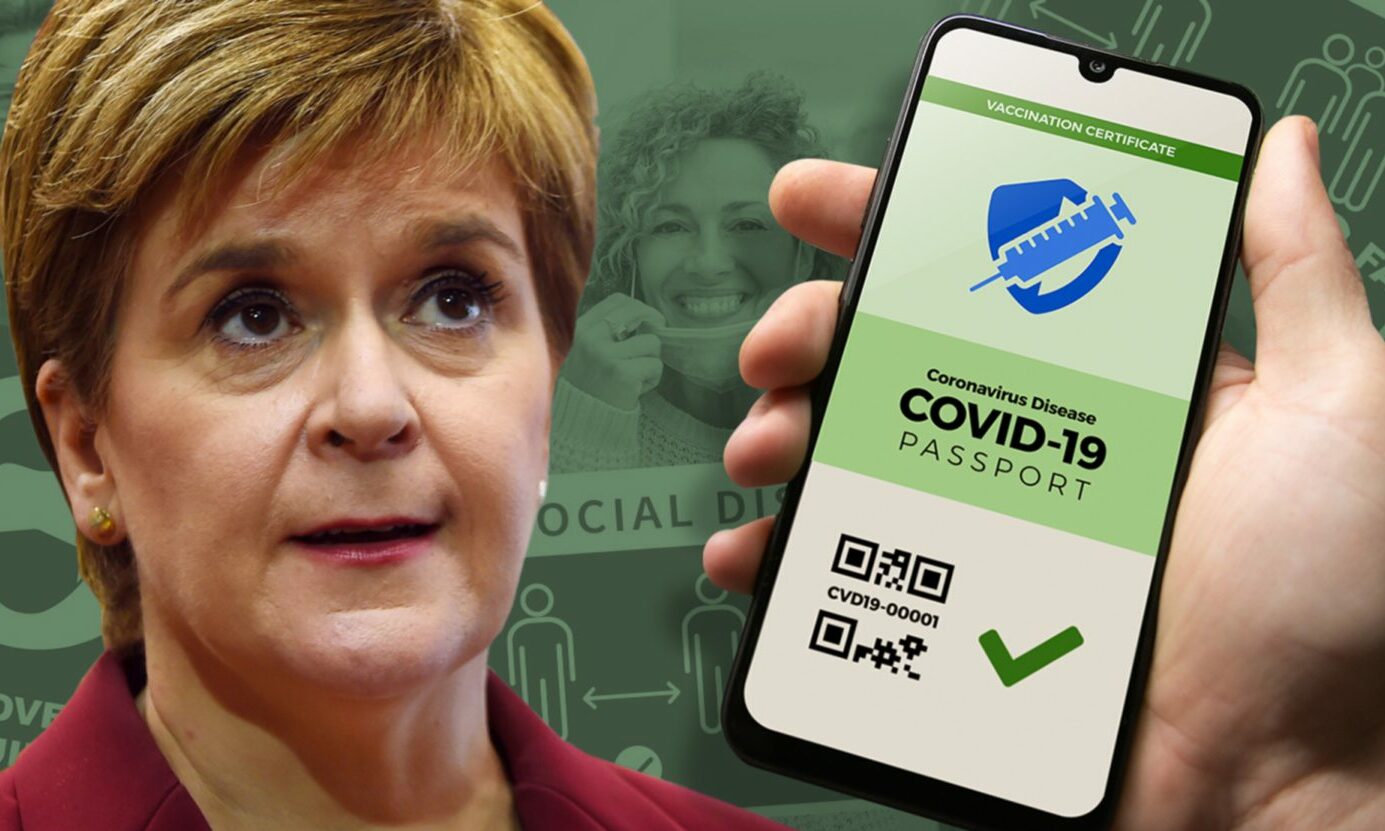 Nicola Sturgeon refused to drop controversial Covid vaccine passports or rule out a further extension of the scheme in the future despite opposition politicians branding it a “dud”.

The first minister told MSPs on Tuesday that almost all Covid restrictions will come to an end in the coming days, with nightclubs reopening, large indoor events resuming and social distancing rules scrapped from January 24.

There has been a “significant fall” in new cases but people will still be asked to work from home where possible and take a lateral flow test before meeting others.

Under current rules, members of the public are also required to show digital or paper evidence of their vaccination status before they can enter a nightclub or attend a large sporting event.

It had been reported the Scottish Government was considering extending the vaccine passport scheme to other venues as a condition of lifting Covid restrictions.

FM accused of ‘backing down’

The Scottish Conservatives said Ms Sturgeon “backed down” on that extension but still refuses to scrap the scheme altogether.

The party warn that despite a “sea change” in government policy towards personal responsibility, the looming prospect of a further rollout of the passports creates unnecessary uncertainty for businesses.

“But for many Scottish businesses, it remains a burden and a potential risk, despite there being no evidence that it works.”

He added: “Nicola Sturgeon should accept that this scheme is a dud and scrap it altogether.”

Ms Sturgeon told MSPs: “Given that cases are now falling quite rapidly, and the current wave is receding, we decided that we will not at this stage extend the Covid certification scheme to other premises.”

She rejected Dr Gulhane’s assertion the Government did not go far enough on relieving restrictions.

“The approach that we are taking – have taken – is balanced, it is appropriately and suitably cautious, and it is data-driven.

“For all these reasons it stands in stark contrast to the approach that the Conservatives have proposed at each and every stage,” Ms Sturgeon said.

The worst thing to do is to lift all restrictions at exactly the same time.

The first minister added: “I continue to be really surprised that Dr Gulhane asks me for evidence of things I think even non-clinically qualified people see as pretty obvious.

“When you’re coming out of a wave of this virus, the worst thing to do is to lift all restrictions at exactly the same time and allow all of the mixing and interactions that we have been trying to restrict to happen again all at once.”

Andrew McRae from the Federation of Small Businesses said he was pleased Nicola Sturgeon had listened to representations about the “disproportionate burden” vaccine passports place on smaller firms.

But he warned the withdrawal of some Covid restrictions does not necessarily mean local economies will be able to bounce back.

“It was disappointingly predictable that Covid grants would be delayed because of Christmas holidays at public bodies,” he said.

“But it now looks likely that some firms won’t get financial help until well after the restrictions are lifted.

“With many operators facing dangerous problems with cashflow, ministers need to reassure firms that help is in the pipeline.”