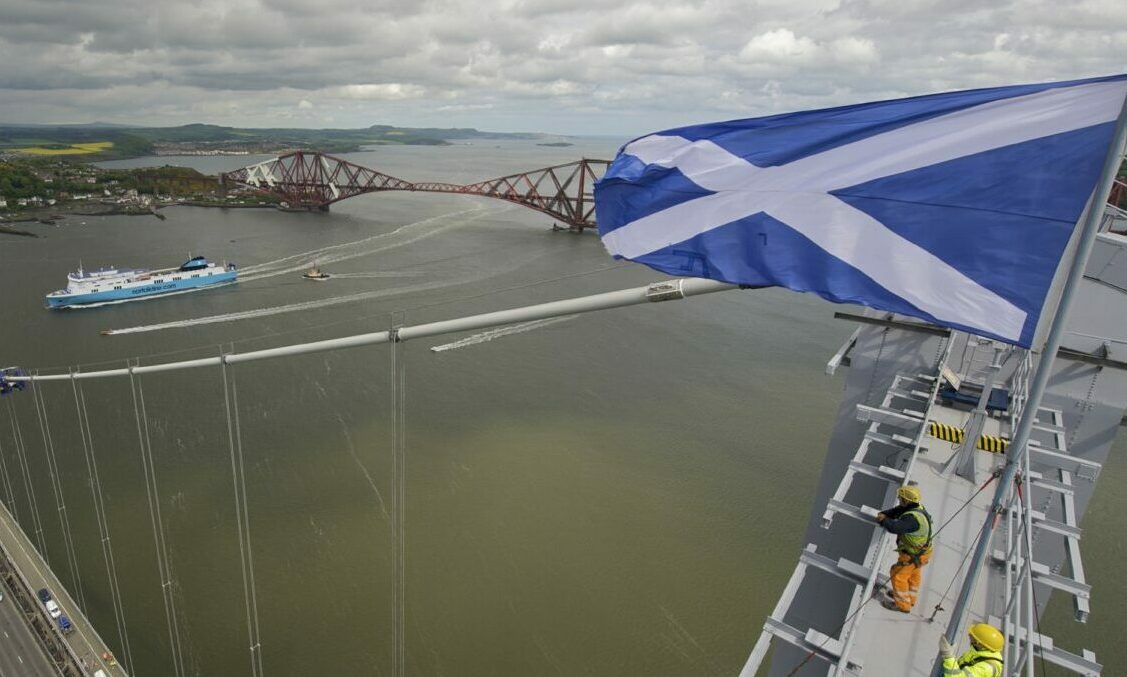 A Fife MP says he had to bypass the Scottish Government to secure a meeting with the Tory ministers in the campaign to re-establish a direct ferry link between Rosyth and Europe.

Neale Hanvey, who is leader of the Alba Party at Westminster, will meet Scotland Office minister Iain Stewart over calls to open up maritime trade links.

Mr Stewart offered support for their “ambition” and said a direct ferry link “would be of benefit to Scotland”.

A link from Rosyth to the Belgian port of Zeebrugge was the only direct ferry link between Scotland and mainland Europe until passenger services were scrapped in 2010.

Freight-only services were terminated completely in 2018.

Re-establishing a link to Europe was a key election promise from the Scottish Greens, who have since entered a power sharing agreement with the SNP.

Hopes for a new route were dealt a blow when SNP transport minister Graeme Dey insisted any link must operate on a commercial basis. He confirmed there are “no firm commitments” from any businesses.

Political opponents claim this position “dooms” any prospect of a new route.

Mr Hanvey said it is a “sign of progress” that Mr Stewart is willing to meet to discuss a way forward after the Scottish Government was accused of of lacking “vision and ambition” on the issue.

The Kirkcaldy and Cowdenbeath MP also welcomed the Scotland Office minister’s recognition that a link would benefit Scotland.

He said: “What is needed now is investment and it will be the purpose of this meeting to secure a commitment from the UK Government to put in place replacement funding for the EU Motorway of the Seas funding which Brexit has removed and to ensure that any new funding is used to restore direct ferry links to Europe.”

Scotland must do better

His Alba colleague Kenny McAskill, a former justice secretary in the Scottish Government, insisted the country “can and must do better”.

He added: “That is why I will continue to press for action from the UK Government and from the Scottish Government so that businesses, passengers and tourists benefit from direct ferry links to Europe and I look forward to an early meeting with the UK minister to take matters forward.”

Scottish Government agency Transport Scotland supports new direct ferry services linking Scotland to Europe but insisted they must be on a “commercial basis”.

Dunfermline and West Fife MP Douglas Chapman has spent years campaigning for the reopening of a route between Rosyth and Zeebrugge.

The SNP MP used a Westminster debate to highlight the “huge impact” of Brexit on Scotland’s economy and called for UK Government support.

He also called for a Brexit resilience fund to be made available to Scottish businesses affected by the UK’s departure from the European Union.

Government must step in

Following the debate, Mr Chapman said: “Re-establishing the ferry route from Rosyth to Zeebrugge could hugely benefit Scottish exporters at a time when they need all the help they can get.

“Brexit has had an enormous and devastating impact on these businesses, and until a direct Scotland-EU ferry route is established the government must step in and support them.

“That’s why I called for more investment in Scotland’s maritime industry and for a Brexit resilience fund for our exporters.

“Until the government steps up to the plate and delivers, I’ll keep pushing them on this.”