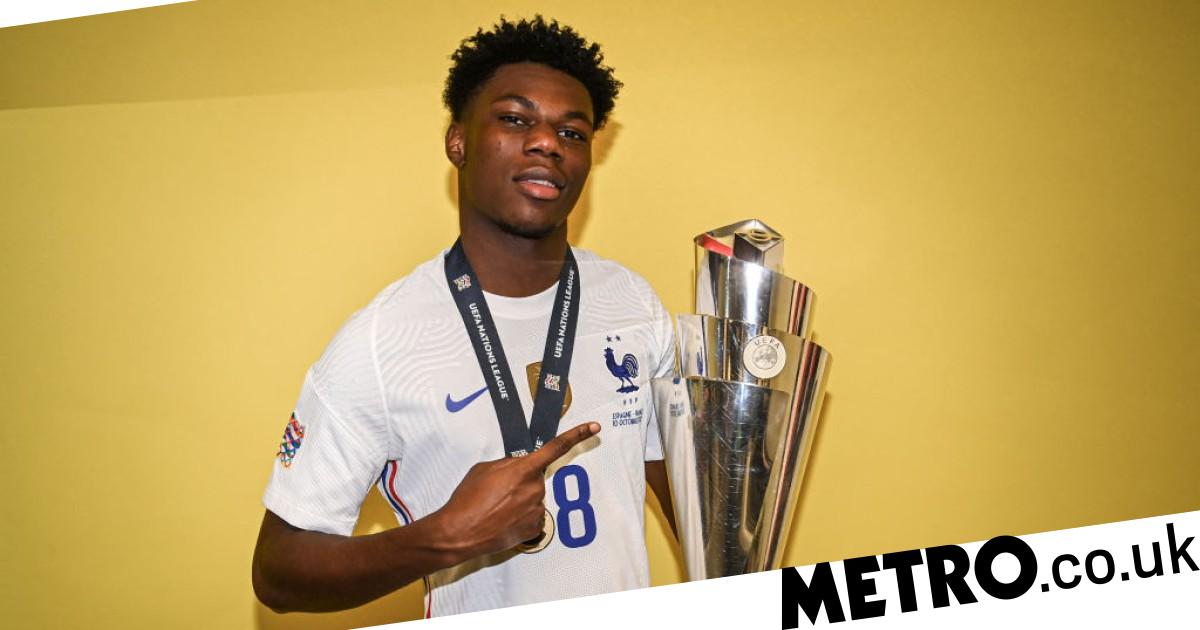 The 22-year-old is emerging as one of the best young defensive midfielders in Europe, earning a place in the France national team, and has been attracting interest from some of the biggest clubs in the world including Real Madrid and Juventus.

Tchouameni also has suitors in the Premier League, with Chelsea, United and Liverpool all keeping tabs on him – the west Londoners are even believed to have held talks last summer.

But Monaco chief Mitchell – who likens the Frenchman to Steven Gerrard – is confident the Ligue 1 side can keep Tchouameni and says any club who wants to prise him away will need to stump up a big fee.

‘He is a complete midfielder, very fast and physically strong, he reminds me of Steven Gerrard,’ Mitchell told Tuttosport.

‘He is already a top player despite being only 22, but if we want to become a top club, then we should not sell him.

‘We are an ambitious club. Everyone, from President Rybolovlev to coach Niko Kovac is ambitious here.

‘However, we’ll assess the situation at the end of the season. The player is under contract until 2024 and his transfer value is the one of a top player.

‘Everything is expensive in Monte Carlo, let’s say that Tchouameni is as expensive as the Grand Casino.’

Both Chelsea and United remain in the market for a new central midfielder, with the Blues struggling in recent weeks due to injuries and illness in the middle of the pitch, with the likes of Ross Barkley and Ruben Loftus-Cheek having to be used by Thomas Tuchel as a result.

New interim United boss Ralf Rangnick, meanwhile, is believed to be keen on bringing in a new midfielder in January – though likely needs to shift players first – and has been linked with a move for RB Leipzig’s Amadou Haidara.


MORE : Aurelien Tchouameni speaks out on transfer speculation amid interest from Manchester United and Chelsea