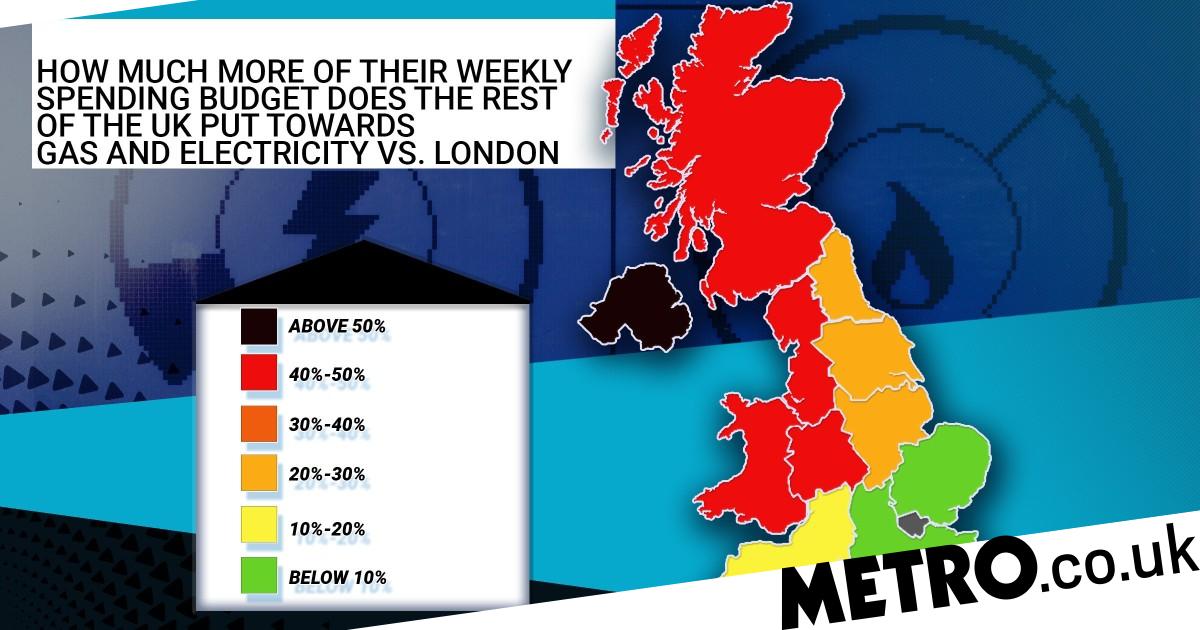 Millions of families face ‘seismic’ energy bill rises this year — forcing many cash-strapped people to choose between heating their homes or eating.

With much of Britain set to freeze tomorrow after a record mild new year — and as charities warn the rises could add 2 million people to 4 million already classed as in fuel poverty — consumer champion Martin Lewis urged prime minister Boris Johnson to act quickly.

‘We need to look at what we can do now and how we can protect those people who will need to choose between heating and eating,’ he said. ‘There are already some are having to make that choice.’

Mr Johnson and his chancellor Rishi Sunak are under increased pressure from their own backbenchers to cut VAT on energy bills and suspend ‘green levies’ or risk losing key seats that could loosen the Conservatives’ grip on Downing Street.

Former education minister Robert Halfon — among 20 MPs and peers to sign an open letter to them — said the environmental taxes were ‘25% of our energy bills’ and a cut could mean people saving £200.

And Craig Mackinlay, who chairs the Net Zero Scrutiny Group of Tory MPs, warned: ‘Elections are won and lost in people’s wallets and purses.

‘If we don’t get energy costs right we will suffer catastrophic political damage that will affect every constituency.’

He said key ‘red wall’ seats won from Labour to secure a landslide 2019 election win could be lost unless ministers intervened to ‘save millions of families hundreds of pounds’.

Wholesale energy costs have been soaring over the past year, following lower gas supplies worldwide and higher demand from China.

More than 20 UK energy firms went bust in 2021, forcing their customers to be transferred to other providers.

Energy sector specialist Cornwall Insight now expects average bills to rise from £1,277 a year under the present price cap to £1,865 — a 46% jump — when regulator Ofgem announces April’s revision next month.

And the company predicts another 20% increase to £2,240, when the next quarterly revaluation follows in August.

Mr Lewis, founder of consumer service Money Saving Expert, said: ‘What’s coming in April is a seismic hit for fuel bills which is going to be astronomical.

‘The Government has been meeting the energy industry but they’ve not been meeting the consumer groups -certainly I’ve not heard of any taking place. They have to sort this now because, if we leave this until it’s too late, it will be a disaster.’

And he urged ministers to exempt the poorest people from increased prices while also better insulating homes.

Labour is demanding an end to VAT on household heating bills. Shadow chancellor Rachel Reeves said: ‘Right now, people are being hit by a cost of living crisis which has seen energy bills soar, food costs increase and the weekly budget stretched.

‘That’s why Labour is calling on the Government to immediately remove VAT on household heating bills over the winter months.’

‘Domestic fuels such as gas and electricity are also already subject to the reduced rate of 5% of VAT.’

A No 10 spokesperson added: ‘Protecting consumers is our top priority which is why our energy price cap will remain in place.’

The Met Office has declared a cold weather alert for most of northern England with predicted temperatures of -1°C in London tomorrow night, 0°C in Belfast, 1°C in Cardiff and -3°C in Edinburgh.

The UK Health Security Agency has urged people to check on vulnerable members of the public as the big freeze sets in.