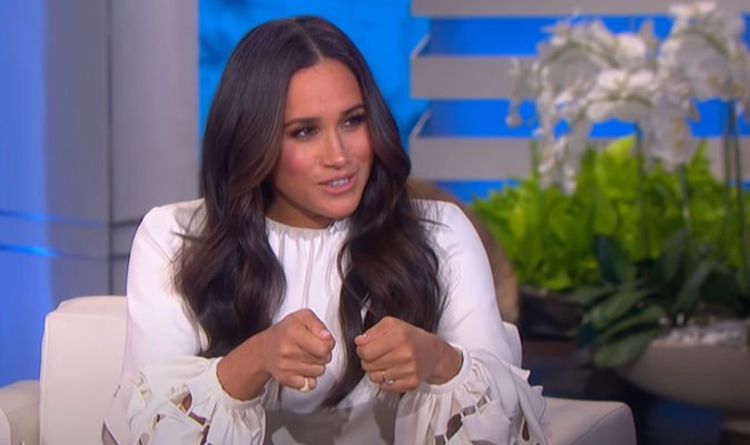 Following the interview, the Duchess was criticised by some royal commentators for appearing on the hit TV show. While some such as Piers Morgan and Camilla Tominey raised questions over the appearance, the author of the unofficial biography of the Sussexes, Omid Scobie, lept to her defence. Mr Scobie claimed the Duchess had merely appeared on a television programme and had not done anything wrong.

He said on social media: “People do realise that it was just a daytime TV appearance and not a war crime, right?”

Following his comment, followers also agreed that some of the reaction to the interview had been overblown.

“It must be infuriating all the haters!”

Another user, Angela added: “I can just imagine what’s being said by some.

“She only has to breathe and she will be criticized for doing it wrong.

“I am intentionally avoiding all negative talk, instead choosing to join those who are celebrating her obvious joy.”

Another user named From700Isles added: “It was fun and cute, highlighted some good causes and uplift.

Meghan spoke of her enjoyment at having two children with Prince Harry.

She also revealed the differences between having one and two children.

Indeed, she described having one child as a hobby and the other as being the real test of parenting.

Due to a faulty driver’s side door, Meghan was forced to climb into her car via the boot.

“So I had this very old Ford Explorer Sport, and at a certain point the key stopped working on the driver’s side, so you couldn’t get yourself in through the door, so after auditions, I would park at the back of the parking lot, and I would open the trunk and climb in, and then pull it shut behind me and crawl over all my seats to get out.