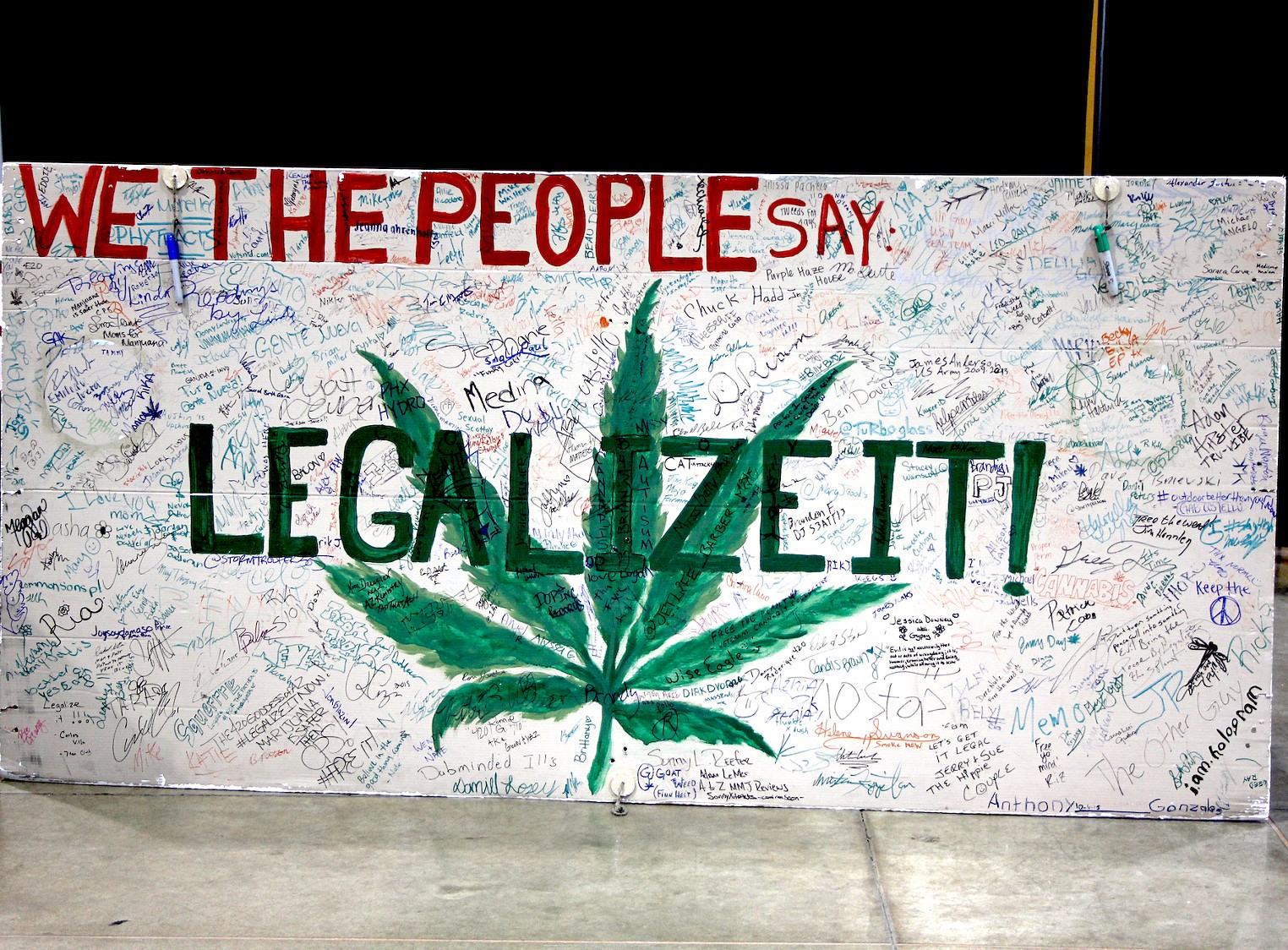 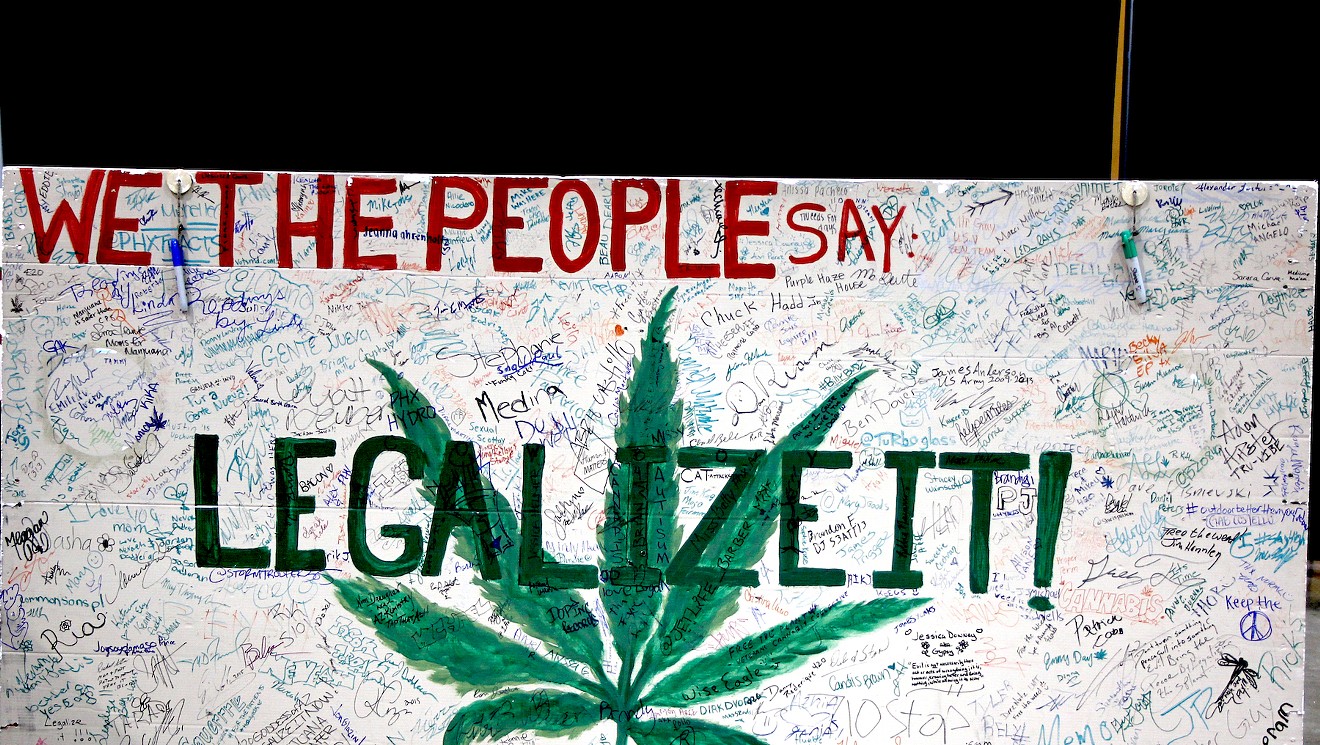 When you’re a colossus of cannabis and you bankroll a state initiative to legalize recreational marijuana, you’re bound to receive some blowback.

That’s what has been happening since Trulieve, the largest medical marijuana operator in Florida with 119 dispensaries across the state, backed the recently unveiled Smart & Safe Florida campaign to the tune of $5 million.

“No home grow, the entire Florida recreational market handed to the existing medical market, and the legislature doesn’t have to license anyone else,” attorney and drug policy activist Shaleen Title fumed on Twitter. “Congratulations to Trulieve on one of the most revolting, monopolistic measures yet. Good Luck.”

Title’s response was typical of many that greeted Trulieve’s announcement of the ballot initiative, which would amend the Florida Constitution to allow existing medical marijuana dispensaries to sell cannabis to adults for recreational purposes. If the measure passes muster with the Florida Supreme Court, organizers will have to gather 900,000 signatures on a petition to put it on the ballot in November 2024.

The fact that the proposal contains no provision to broaden the rarefied ranks of existing dispensaries, coupled with the lack of a clause that would allow Floridians to grow their own marijuana, virtually guaranteed that the initiative would be met with skepticism, if not outrage, from those who want to see cannabis legalized for recreational use.

“It’s keeping almost everything exactly the same as what’s going on in the medical market, which we’ve been extremely critical of,” cannabis cartoonist Brian Brown tells New Times. “It’s hostile to small business. All this initiative really does is allow existing operators like Trulieve that already are in a limited-competition state to also sell to tourists and other people coming into Florida.”

Of the 19 states where recreational cannabis is legal, 13 (plus Washington, D.C.) permit users to grow their own marijuana. Home-cultivation provisions vary, but most allow each adult over 21 to grow a maximum of six plants with a maximum of 12 plants per household. But they’re not permitted to sell what they grow; sales are the exclusive province of state-licensed dispensaries.

Florida’s medical marijuana industry was born in 2014 when low-THC medical cannabis was first permitted. Initially, in order to qualify for a license, an operator needed to have operated a registered nursery in the state for at least 30 years and have at least 400,000 plants at the time of applying.

When Amendment 2 took hold in 2016, the state loosened its licensing requirements somewhat. But the financial barrier to licensing remains in the form of a $60,000 application fee and the requirement to post a multimillion-dollar bond — which may help to explain why not one of Florida’s license holders is Black. There’s also the state-mandated “vertical integration” model, which requires that all operators grow, process, transport, and sell their product.

The result has been a veritable weed oligopoly in which major marijuana operators like Trulieve dominate the market. Florida’s $1.2 billion medical marijuana industry is composed of only 22 licensed businesses that operate 460 dispensaries. As of August 5, 2022, more than 740,000 Floridians are registered to use medical marijuana, according to the state’s Office of Medical Marijuana Use.

Trulieve CEO Kim Rivers tells New Times that her company supports all measures to legalize recreational marijuana in the state. But Brown says it’s notable that the company is putting $5 million behind this particular effort, which would not expand access. (Trulieve contributed $250,000 to last year’s unsuccessful Sensible Florida initiative, which would have put a measure on this year’s ballot and included a provision for home cultivation.)

“They’ve said, ‘There’s no other way we can possibly have done this,’ but it’s interesting that this way happens to be the way that benefits them,” Brown says. “It’s extremely beneficial. It doesn’t change anything about this extremely restrictive original medical cannabis bill, which doesn’t allow new operators and no home-grow for patients. This doesn’t add any of that.”

Marijuana activist and Women’s Initiative for a Safe and Equitable Florida cofounder Moriah Barnhart, who supports the Smart & Safe initiative, counters that Florida’s single-subject requirement for constitutional amendments is to blame for the lack of a home-grow provision. To that end, she’s filing to create a new political action committee, Wise & Free, which in turn will launch a home-grow proposal to run in conjunction with the adult-use initiative.

“We have made it very clear that we are launching a home-grow initiative directly behind this one, and it’s going to run parallel,” Barnhart explains in response to the criticism. “One initiative has to be so carefully worded to include only one subject, certain verbiage that acknowledges current federal law and how the market exists. All of those things are necessary to pass [Florida] Supreme Court review.”

The legislature, Barnhart adds, is to blame for the barriers to entry.

“The market was closed by primarily Republican leadership,” she says. “A lot of people don’t know and understand that the market is closed by politicians, and it can be opened by those same politicians. If these people were advocating with us for all of these years, these things would have already been done.”

Marijuana user Chase Book says he’s concerned Trulieve will never relinquish its power over the market if home-grow is not included in the initial amendment.

“I’ve never heard of a company dealing with one issue at a time and then reluctantly giving back that power,” Book says. “What makes you think a company that’s [going to be] reeling in quadruple the amount of money they were before will try to allow you to grow your own medicine at home? They’re telling you one thing when in reality they’re just going to hit you on the other end once everything’s been set in place because it’s not like legislation can just be rewritten.”

Barnhart insists Smart & Safe is merely the next step in the fight for marijuana legalization in Florida.

“This isn’t perfection,” she admits. “We need to start making strides to help people who need help today. Adult use is taking the right step in the direction of equity so we’re just not having tunnel vision. We have a broad understanding of legislation and of how constitutional amendments pass supreme court review in the state of Florida.”