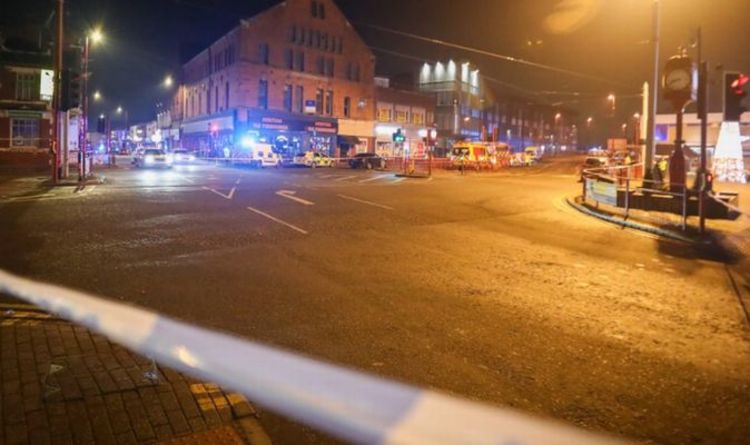 Emergency services remain at the scene of the ‘serious police incident’, after fire services reported a pedestrian had been hit by the vehicle. Greater Manchester Police (GMP) have shut the road with a heavy emergency services presence at the junction of Market Street and Manchester Road, near to the post office.

Greater Manchester Fire and Rescue Service have provided a statement about this incident.

A spokesperson for the Service said: “Just after 8pm this evening, Greater Manchester Fire and Rescue Service (GMFRS) were asked by police to attend Market Street in Droylsden where a tram has collided with a pedestrian.

“GMFRS are in attendance at the scene alongside Greater Manchester Police and there is likely to be some disruption in the area.”

Sharing details about the incident, GMP tweeted: “Police are currently dealing with an incident on #Market Street in #Droyslden.

“The road is closed as police are working to establish the full circumstances of the situation.”

There are currently no trams running between Piccadilly and Ashton town centre, Metrolink confirmed via Twitter.

A statement on the Metrolink website reads: “Due to a police incident, there are no services operating on the Ashton line, between Piccadilly and Ashton.

“Tickets and passes are being accepted on the 216 and 217 bus service. We apologise for any inconvenience this may cause to your journey this evening.