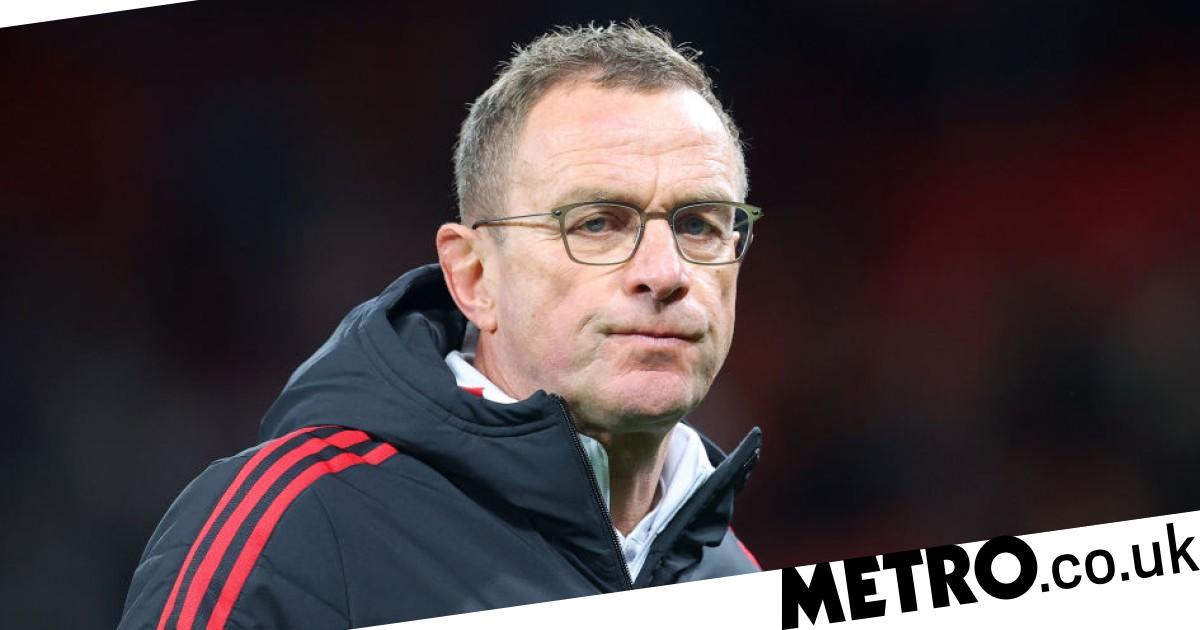 Ralf Rangnick has sent a clear message to any Manchester United player unhappy with their situation at Old Trafford.

Several players are rumoured to want out of the club during the January transfer window, with the likes of Anthony Martial, Jesse Lingard and Dean Henderson all being linked with moves away amid a lack of playing time.

Reports last month suggested that Rangnick wanted to trim his large squad in January, with outgoings required before they even consider bringing any potential new signings into the club.

And the former FB Leipzig boss, who has made an inconsistent start to his managerial role at United, has urged any unsettled players to come to him for a chat before deciding the next step together.

‘As of yet all the players are still here. With a squad we have at Manchester United, a lot of players in every position, you’re always going to have unhappy players,’ he said ahead of United’s Premier League clash against Wolves on Monday.

‘But as i said we can only play with 11 players and we can only sub three players in each game, like most managers i’d like to have five subs like most leagues in Europe, but currently we do not have that.

‘I can understand players who would like to get more game time and maybe see their chance somewhere else in another club in England or abroad, but this is only one issue that the player would like to do. We still have Covid, we are still in three competitions.


MORE : Rio Ferdinand believes David de Gea should have been picked as Manchester United captain ahead of Harry Maguire


MORE : ‘Of course!’ – Rio Ferdinand says he would accept offer to return to Manchester United as a defensive coach