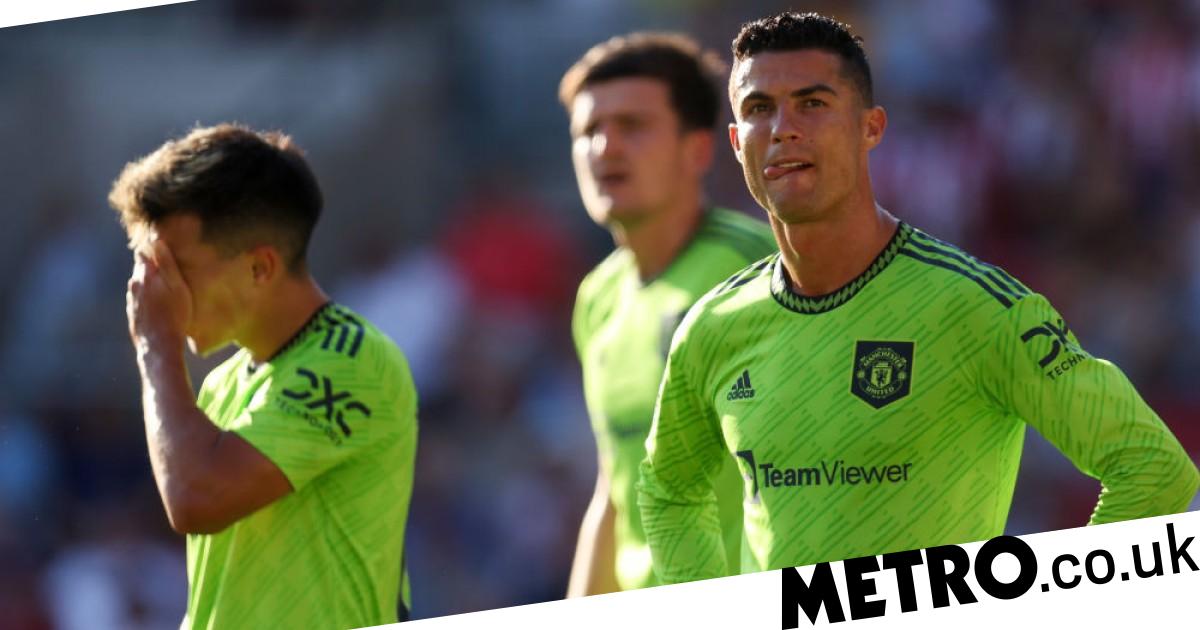 Gary Neville says Manchester United will finish in the bottom half of the Premier League this season if Cristiano Ronaldo leaves and good players are not brought in.

It has been a disastrous start to the season for new manager Erik ten Hag, with the Red Devils losing at home to Brighton and then being thrashed 4-0 by Brentford on Saturday.

Confidence appears to be at an all-time low in the Red Devils squad, despite an encouraging pre-season under their new boss, while star striker Ronaldo is still pushing for a move away from Old Trafford.

Neville had been supportive of Ronaldo leaving as he is not happy, and the club generally do not want to keep players who are keen to move, but now he has changed his opinion.

The former United defender reckons the Red Devils could finish outside of the top 10 if Ronaldo does leave and quality replacements are not brought in.

‘Before these two results, I said the best thing to do is facilitate a move for Cristiano and for the club, because he’s obviously not happy and the club are not happy with him.

‘The problem is now that if they lose him then there’s nothing left in terms of goal-scoring.

‘That’s a massive statement and could look stupid at the end of the season.

‘They’re absolutely demoralised and shot to pieces, I think it’s really bad in there. Ten Hag in pre-season had got them to a really confident level, but basically they’ve gone back to default and the old things have come back.’