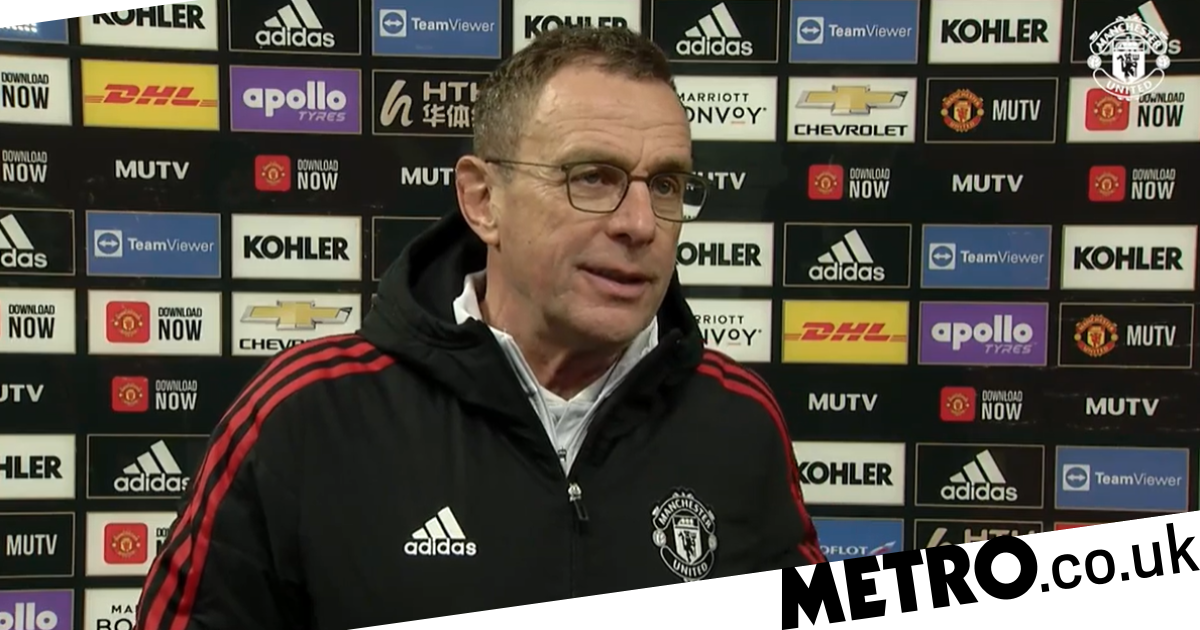 Ralf Rangnick praised four Manchester United players after his side got back to winning ways in the Premier League against Burnley.

United were widely criticised after their below-par performance in a 1-1 draw with relegation-battlers Newcastle United earlier in the week, but produced a better display to down Sean Dyche’s Burnley 3-1 at Old Trafford.

Scott McTominay fired the Red Devils in front with an early strike from the edge of the box, and Ben Mee’s unfortunate own goal saw Rangnick’s side take control.

Cristiano Ronaldo scored his 14th goal of the season before Aaron Lennon netted a consolation goal before half-time, with United moving back into the top six and to within touching distance of top-four rivals Arsenal and West Ham.

‘As expected it was a very tough physical game against a team who play very physical,’ United’s interim manager told Amazon Prime.

‘We also showed the qualities we have in our team. It was important today to raise the energy level.

‘The whole team performance was a lot better, I was pleased with the performances of our wingers. Jadon did well and Mason. Eddie and Cristiano, the work effort was amazing.’

Manchester United’s victory leaves the side level on points with fifth-placed West Ham and four behind fourth-placed Arsenal, who face defending champions and runaway leaders Manchester City this weekend.

Asked whether finishing fourth is the minimum requirement for United this season, Rangnick added: ‘I wouldn’t say that.

McTominay, who was named Player of the Match at Old Trafford, has urged his team-mates to ‘get back to basics’ in 2022 as they look to rebuild under Rangnick and enjoy a better second-half to the season.

‘We need to do more and hopefully in 2022 we can do that,’ the Scotland midfielder said. ‘It is about adapting to new methods.

‘If we are not running and competing in the first 15 minutes it is going to be difficult, no matter what the quality of our forward players.

‘An old cliche in football. We are going through a transitional period, we can’t look too far ahead in terms of ambitions and goals.

‘We want to enjoy football, there is too much negativity, and if you enjoy it you will end up playing well.’