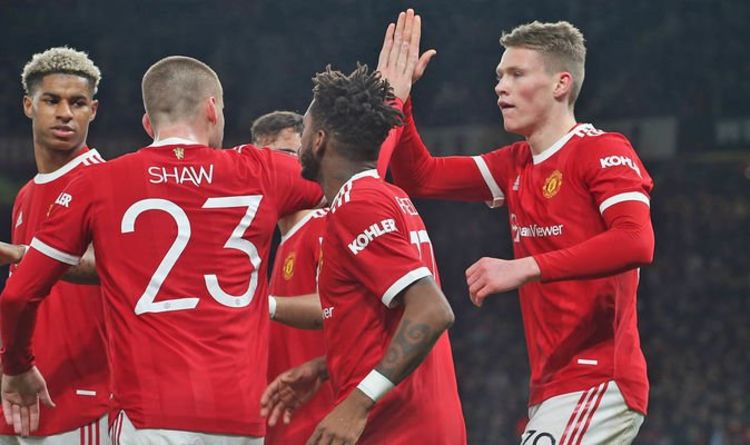 Manchester United were able to scrape their way past Aston Villa in Monday night’s FA Cup clash. Scott McTominay scored the only goal of the game, with the Scotland international heading his side to victory after a pinpoint cross from Fred. Express Sport will now take a look at everything learned from the showdown at Old Trafford.

There’s no denying United’s midfield is, when compared to their Premier League rivals, simply not good enough.

But one shining light of the Rangnick era has been the performances of McTominay, whose goal sent them through.

The Scotland international is a divisive presence at the club, blowing hot and cold under both Ole Gunnar Solskjaer and Jose Mourinho.

Yet, under Rangnick, he’s starting to produce on a more regular basis.

And that bodes well for United, who need everybody operating at 100 per cent if they’re to get better than they were before.

At the start of the season, many expected Dean Henderson to be United’s No 1.

But David De Gea has been brilliant all campaign, with the Spain international back to his best.

As the contest with Villa became more chaotic, the 31-year-old was a calming presence between the sticks.

He made countless saves, including from a powerful effort from John McGinn that he was able to parry to safety.

Henderson is now expected to leave on loan, with the England international fighting a losing battle in the bid to be the club’s No 1.

No Ronaldo no problem

United weren’t exactly at their blockbuster best throughout the contest.

But they didn’t miss Cristiano Ronaldo, who missed the match with Villa due to a ‘minor muscle injury’.

Instead, United deployed Edinson Cavani as their main striker.

And the Uruguay international put in an enterprising display, pressing Villa’s backline throughout the whole game and dropping deep to win back the ball.

Would Ronaldo have done the same? It’s not really his style. Cavani, however, is ready to do whatever it takes to help the team.

On his day, Marcus Rashford can be unplayable.

But those days aren’t coming often enough with the England international putting in another lacklustre display.

Rashford appears to have lost some of his blistering speed, while his decision-making leaves much to be desired.

He should have put a goal on a plate for Mason Greenwood with his team-mate free but, worryingly, went alone and squandered the chance to double his team’s lead.

That could have come back to bite him but, in the end, United were able to cling on to the victory.

Gerrard can be proud

Aston Villa weren’t able to beat United for a second time this season.

Yet Steven Gerrard will be happy with his side’s display, even if they didn’t get the result they wanted.

Villa were, throughout large periods of the match, superior to their opponents.

And, had it not been for VAR, they’d likely have taken the game to extra time at the very least.

Villa have reasons to feel optimistic about the future and they can use this setback to drive themselves to go again.