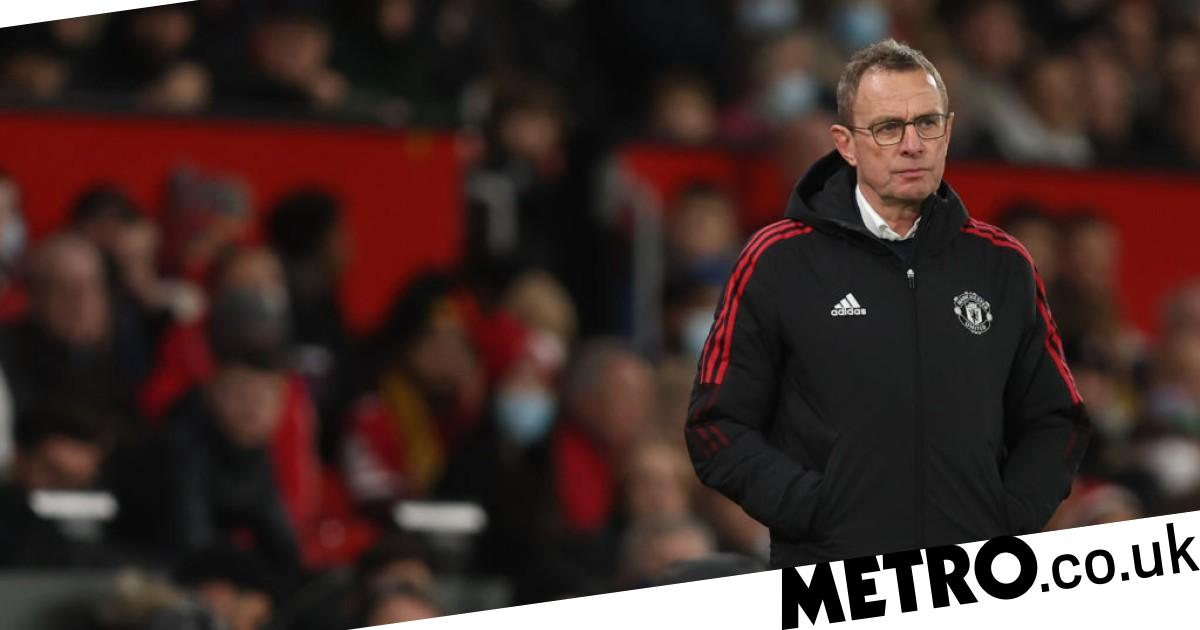 Ralf Rangnick is facing a mounting crisis at Manchester United with 11 players now eager to leave the club.

The German was brought in to steady the ship on an interim basis following Ole Gunnar Solskjaer’s departure in November.

United lost their first game under Rangnick on Monday night, with Wolves claiming a 1-0 win at Old Trafford following an insipid display from the home side.

And behind the scenes, serious problems have developed with the formation of a number of cliques in the dressing room among the issues the manager is facing.

A number of players within the squad are underwhelmed with Rangnick’s coaching, not impressed by his tactics and disappointed with the quality of the staff he has assembled since arriving in Manchester, The Mirror report.

As many as 11 players are now looking to leave having grown even more disillusioned with life at Old Trafford.

Players who previously felt marginalised under Solskjaer have remained on the fringes of the squad under Rangnick – a situation that has divided the United dressing room.

A source told the newspaper: ‘It’s not good. The atmosphere is really bad and it looks like there are going to be big problems ahead for United.’

Jesse Lingard, Donny van de Beek, Eric Bailly and Dean Henderson are among those players who have grown increasingly frustrated with their lack of chances under Rangnick.

Lingard and van de Beek’s only starts under the German came in the dead rubber Champions League tie against Young Boys. The Dutchman has played a total of six minutes of league football under the new manager with Lingard not featuring at all so far.

With Henderson and Bailly also considering their futures, the ill-feeling in the dressing room is said to be having a significant impact on squad harmony.

Following Monday’s 1-0 defeat to Wolves, Luke Shaw made telling comments on the state of morale at the club, suggesting there are currently serious issues within the group.

‘Us players, we’ve been here for a long time, we played at home, we know what it is like when we have the intensity, you can feel the motivation is there,’ Shaw told Sky Sports.

‘But I think tonight we struggled. We didn’t – or I didn’t feel when I was on the pitch that we were all there together.

‘We felt like we were struggling. It was tough.’