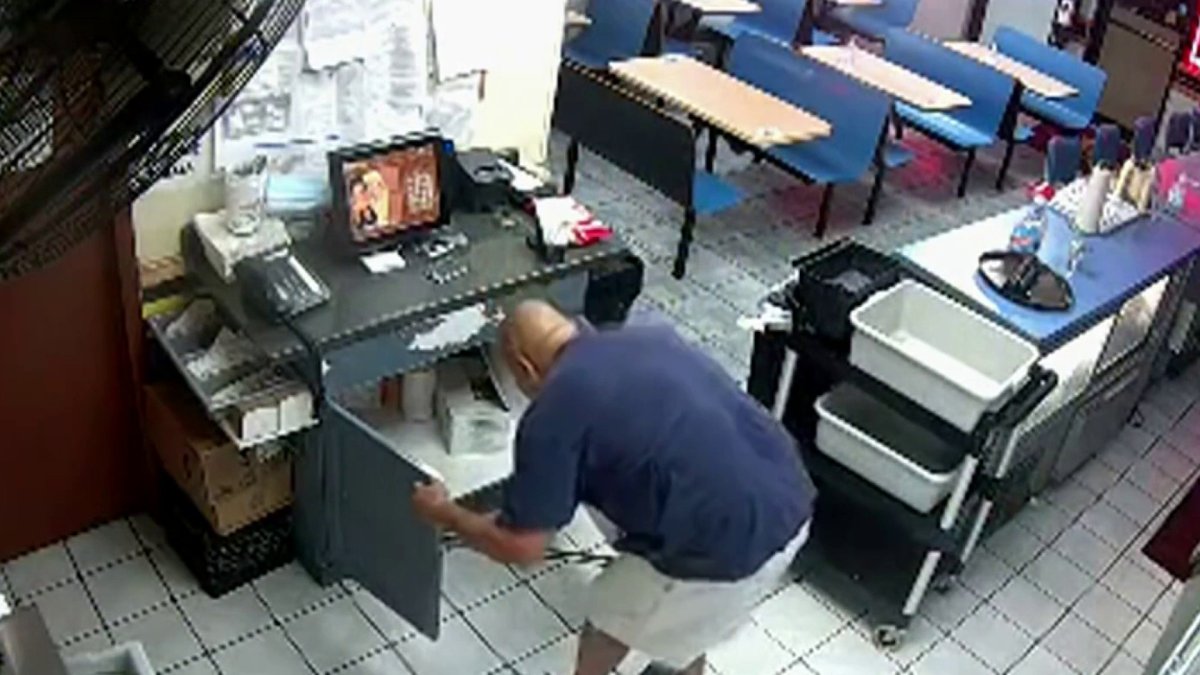 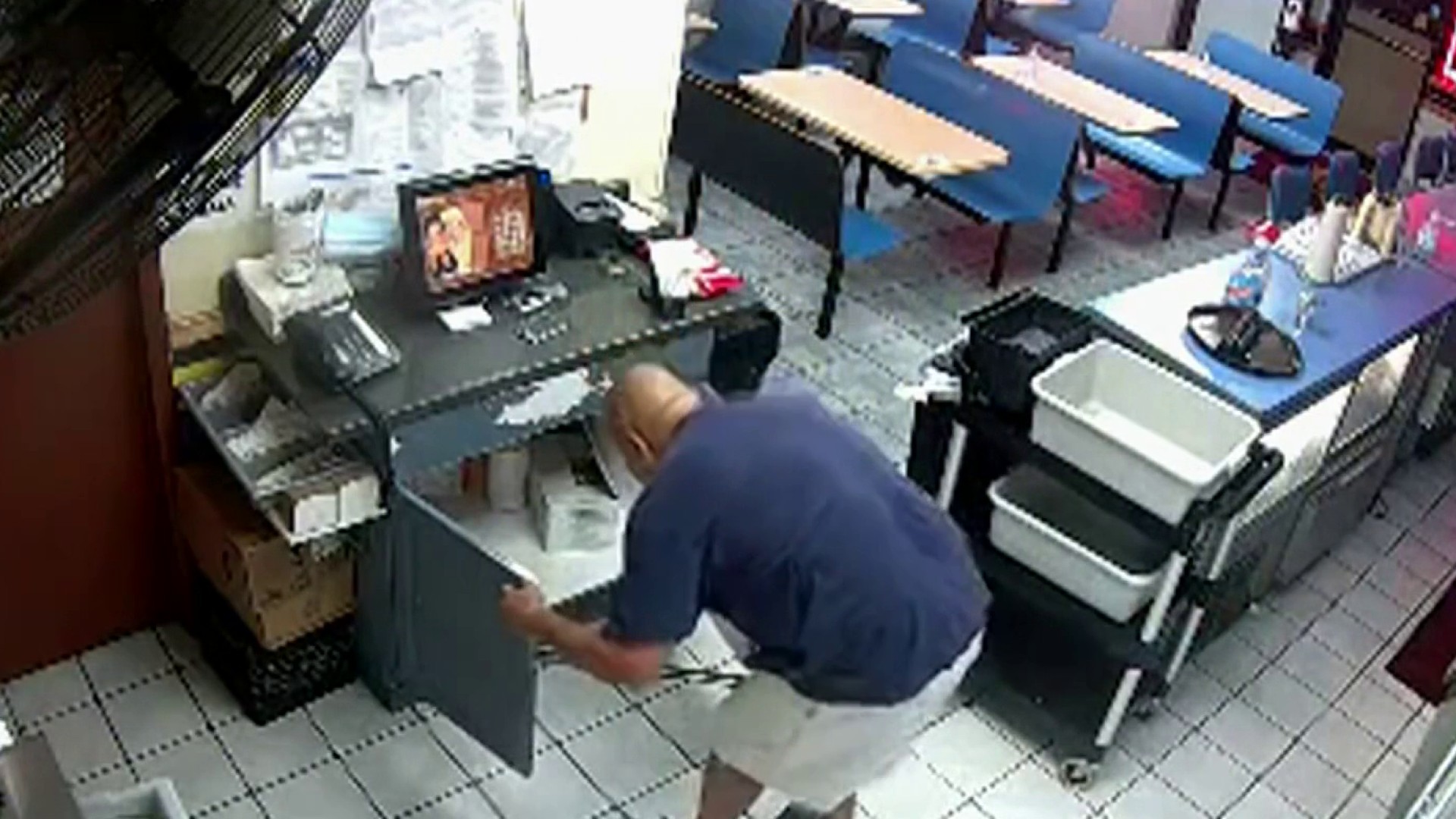 Surveillance cameras captured a burglar breaking into a southwest Miami-Dade pizza restaurant — but he left after a few minutes and didn’t take anything.

The footage shows the man using a pickaxe to break the coffee window of Rey’s Pizza off 137th Street at around 2 a.m. Monday.

Minutes later, the man strangely comes back with a ladder and climbs through the tiny, shattered window.

He’s then seen looking through cabinets, stopping at the register, and wandering aimlessly throughout the restaurant.

Surprisingly, the man didn’t take anything.

According to the video’s time stamp, he was inside the restaurant for only four minutes. He’s seen stopping at the register one last time, then heading to search behind and on the counter before leaving.

But the man crawls right back when he realizes he forgot his pickaxe.

While he didn’t actually steal anything, he did damage the window.

Rey’s Pizza said this break-in has other impacts and they’ll have to increase security at the restaurant.

The restaurant did file a police report after this happened.

Earlier this month, someone broke into the chain’s Hialeah location — police there say they’re still investigating.