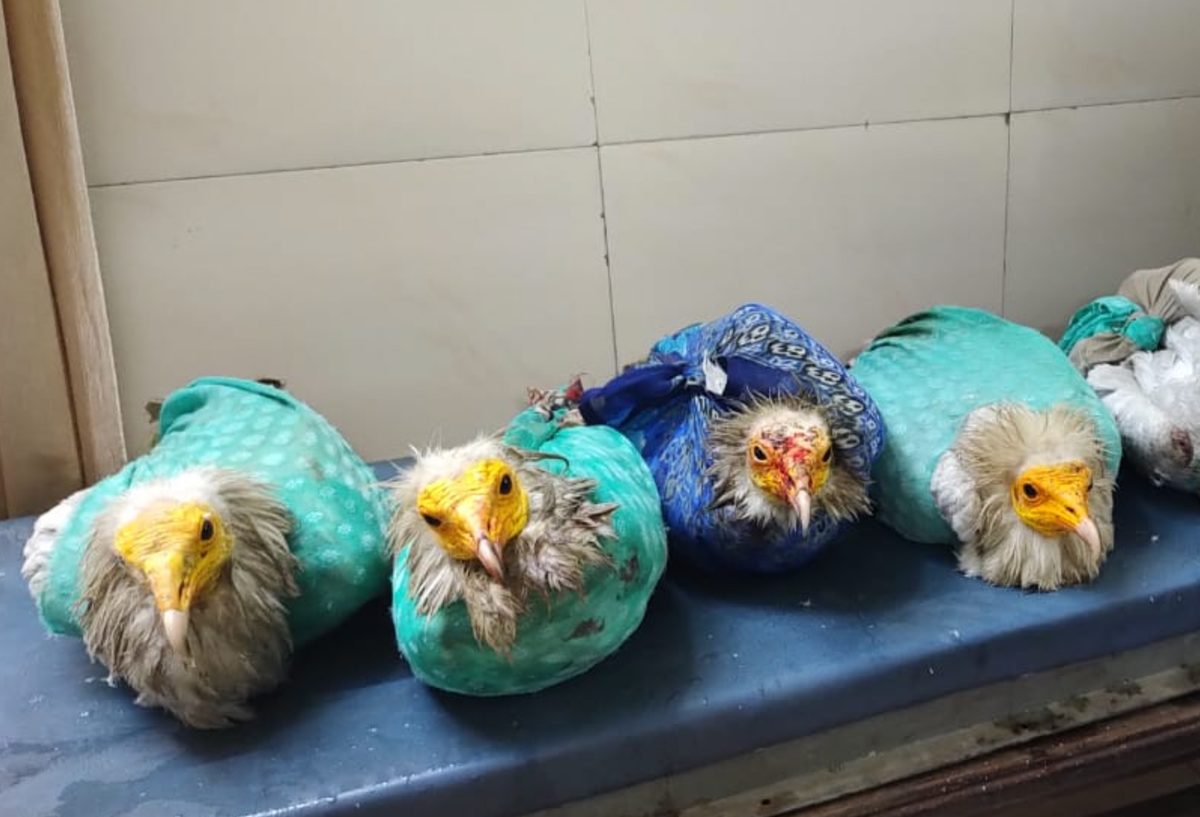 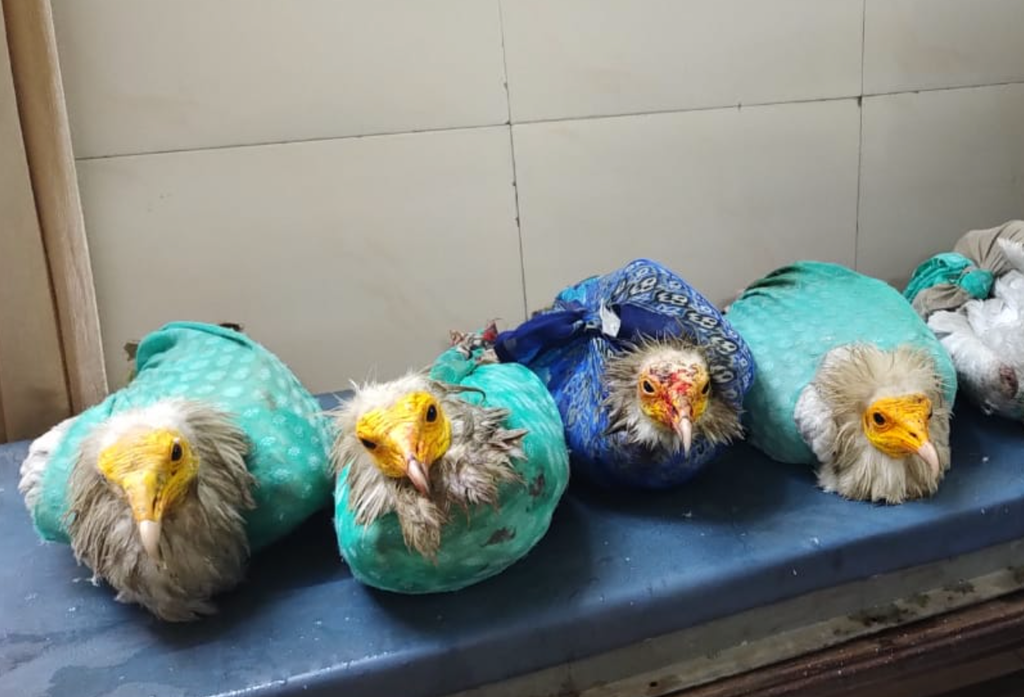 Authorities in the state’s Khandwa district arrested a 60-year-old daily wage labourer over the incident.

The police has accused the labourer of allegedly smuggling the birds in plastic bags and transporting them in the sleeper coach of a Mumbai city-bound train on Tuesday night.

The vultures were allegedly being smuggled from the north Indian state of Uttar Pradesh to Maharashtra in the western part of the country on the Sultanpur-Mumbai Superfast Express.

A joint team of the Railway Protection Force (RPF) and forest department searched the railway coach after a foul smell and bird noises in the compartment were brought to their attention.

“We got a call from the Khandwa RPF that a person has been intercepted with Egyptian vultures. We immediately reached there and a joint team of forest department and the RPF raided the train and arrested Farid Sheikh [the 60-year-old suspect],” Anil Shukla, a forest department official assigned to the Khandwa district, told NDTV.

Mr Sheikh was interrogated by the police. He said he was handed the birds at a train station in Kanpur, Uttar Pradesh by a man he identified as Sameer Khan.

Mr Sheikh said he was tasked with transferring the scavengers to Maharashtra for ₹10,000 (£99).

A case has been filed over the incident under the country’s Wildlife (Protection) Act 1972. A conviction under this act can lead to a maximum prison sentence of up to seven years.

The vultures were handed over to the forest department of Khandwa and will be freed soon, officials said.