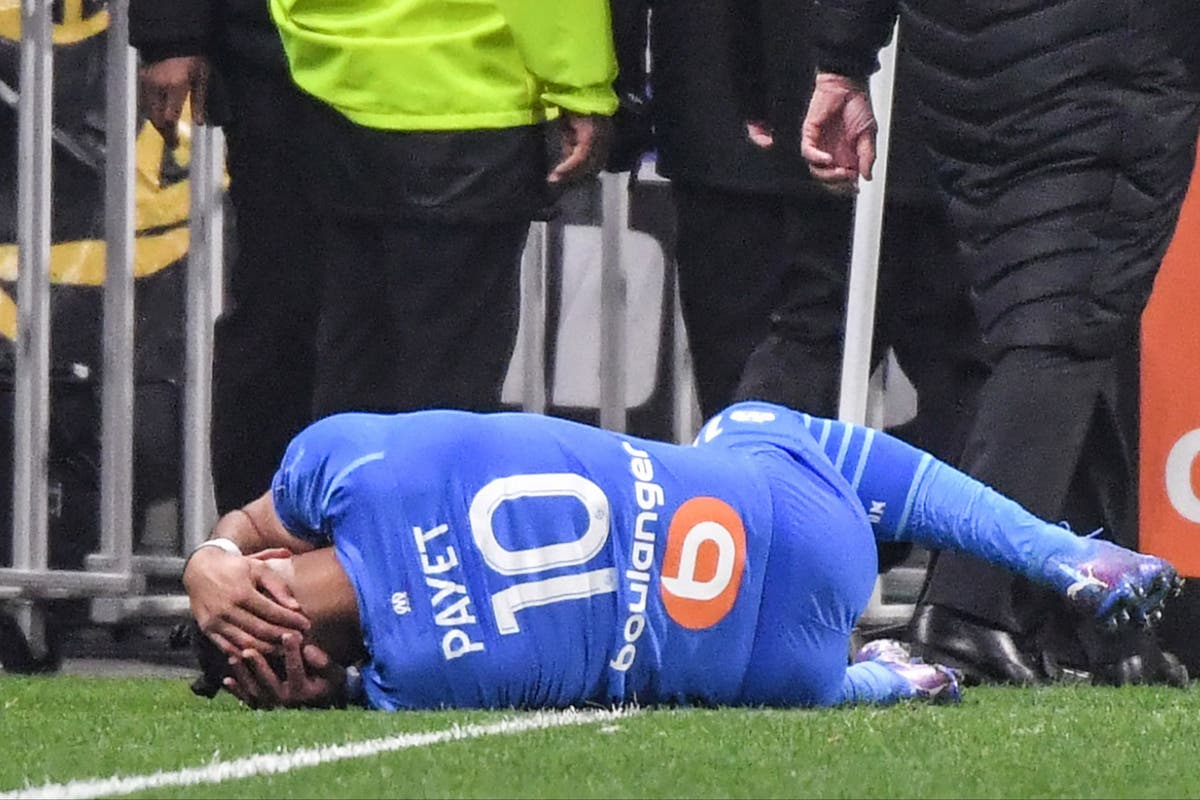 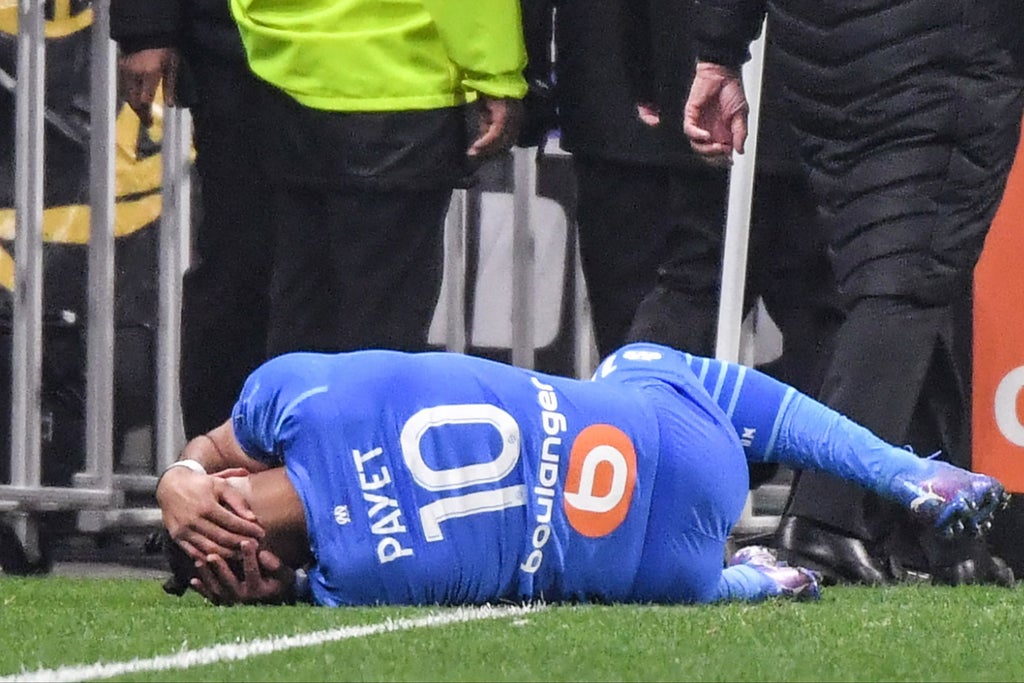 Payet was hit while he was preparing to take a corner after five minutes and both teams were sent to the dressing room as the game was suspended for nearly two hours.

It was announced that the match would resume but referee Ruddy Buquet then said the players’ safety could not be guaranteed and the match was abandoned.

After being hit by the bottle, Payet fell to the ground and left the pitch with an ice pack on his head.

Ligue 1 has been marred by crowd trouble this season.

A game between Marseille and Nice in August was abandoned in similar circumstances when Payet was hit by a bottle and threw it back into the crowd, causing Nice fans to storm the pitch.

A game between RC Lens and Lille in September was delayed after rival fans threw objects at each other and then ran onto the pitch before riot police and stewards had to intervene.