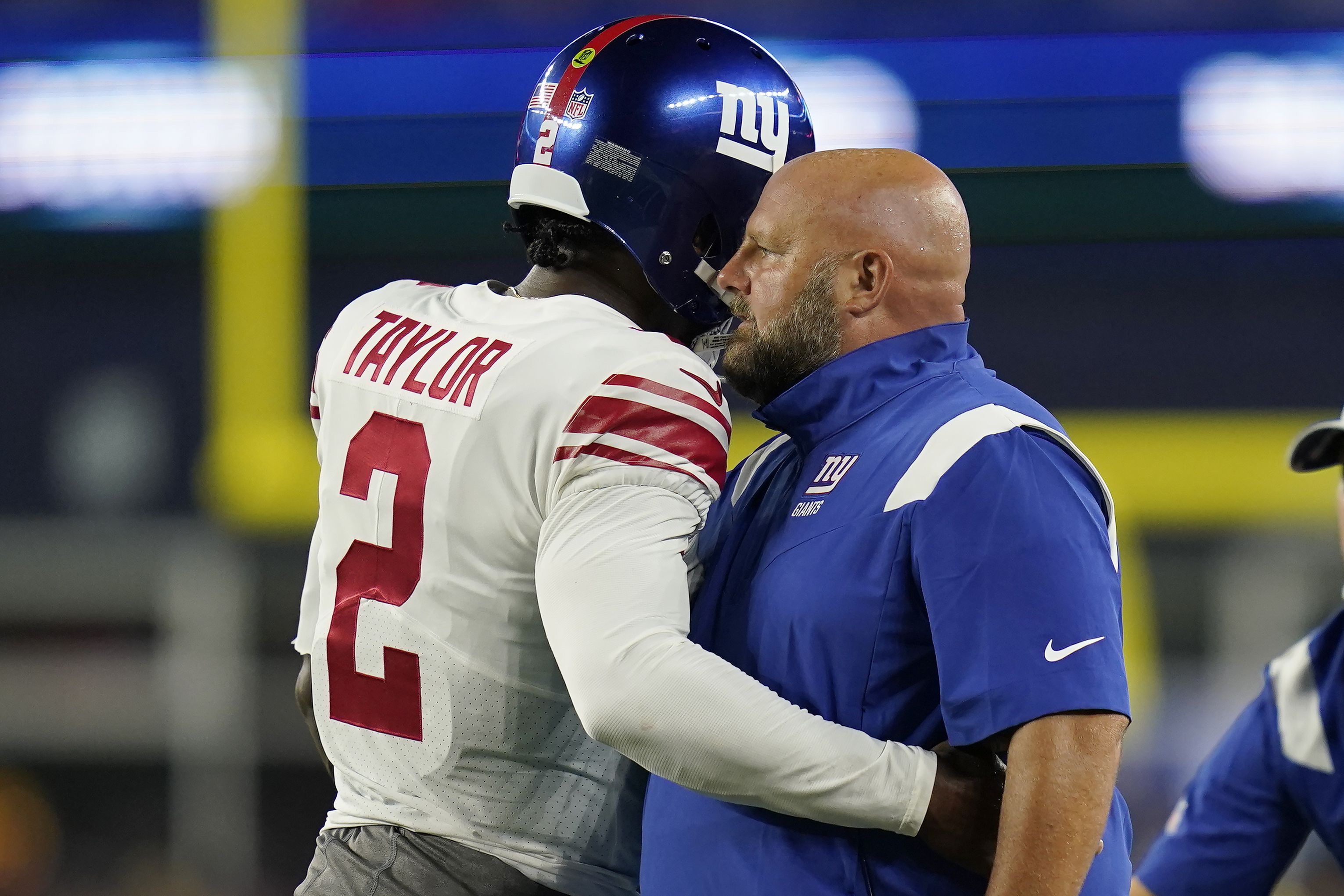 FOXBOROUGH, Mass. – The New York Giants hired Brian Daboll in the hopes he could get more production out of quarterback Daniel Jones and the offense.

The first preseason game of Daboll’s tenure revealed signs they may be heading in the right direction.

It gave Daboll a victory in his head coaching debut against his predecessor and the team he started his NFL career with.

Despite some breakouts by the offensive line, the Giants moved the ball well, with Jones completing 6 of 10 passes for 69 yards. Running back Saquon Barkley had four carries for 13 yards and one catch for 8 yards.

“I thought (Jones) operated the offense well. He led them down on the first drive,” Daboll said. “We stalled there in the red zone. Good first start, but certainly things to clean up.”

Antonio Williams had a 2-yard touchdown run and Gano made three field goals.

Brian Hoyer and Bailey Zappe each threw touchdown passes for New England which, except for rookie left guard Cole Strange, gave quarterback Mac Jones and most of its projected starters the night off.

The Giants elected to play their starters for one quarter, which amounted to the first two series.

Zappe was 19 of 32 for 205 yards and touchdown. Hoyer was 5 of 8 for 59 yards and a TD. Kevin Harris had a 3-yard touchdown run and Kristian Wilkerson finished with eight catches for 99 yards.

The Giants led 20-14 in the fourth quarter before the Patriots took the the lead after a 20-yard TD pass from Zappe to Lil’Jordan Humphrey.

But New York responded on the ensuing series, with Davis Webb leading the Giants on an 11-play, 69-yard drive capped by Gano’s winner.

It wasn’t all positive for the Giants, though. Starting left guard Shane Lemieux played the opening series before leaving with a toe injury. He was replaced by rookie Josh Ezeudu.

Defensively, two of New England of free agency acquisitions made their presence felt. Cornerback Terrance Mitchell forced a fumble and finished with four tackles. Linebacker Mack Wilson had five tackles and was credited with a quarterback hit.

One of the biggest questions for the Patriots has been who’d be tasked with play calling for the Patriots following the departure of former offensive coordinator Josh McDaniels to become the Las Vegas Raiders coach.

There still doesn’t appear to be a definitive successor.

Senior football advisor Matt Patricia and offensive assistant Joe Judge, back in New England after being fired by the Giants after two seasons, have both taken turns doing it throughout training camp.

That continued Thursday with Patricia handling the duties for the first two series. Then, after rookie Zappe was inserted in the second quarter, Judge took over the headset.

“We did a lot of things in this game that are going to be beneficial in the long run, whether it was on the coaching staff, playing time, players that played and so forth. That’s all part of the process,” he said. “We’ll work it out.”

Working against New England’s second-team defense, the Giants moved the ball well on the opening drive of the game, moving all the way to the 6 before settling for Gano’s 25-yard field goal.

With Hoyer at quarterback, New England punted on their first touch of the night. But following a Giants punt, the Patriots went to work.

First, Hoyer connected with Wilkerson on a 33-yard pass to get the Patriots into the red zone. Six plays later, Hoyer found Thornton for a touchdown from 2 yards out.

The Giants answered just before halftime via a 7-yard TD pass from backup Tyrod Taylor to receiver Richie James.

Giants: Backup center Jamil Douglas left in the second quarter with an ankle injury and did not return. … Rookie CB Cor’Dale Flott exited in the third quarter with a groin injury.

Patriots: Offensive lineman Yodny Cajuste was helped off the field in the third quarter.

The Giants host Carolina on Sunday, Aug. 21. The Patriots have a week of joint practices with Carolina before their matchup next Friday.