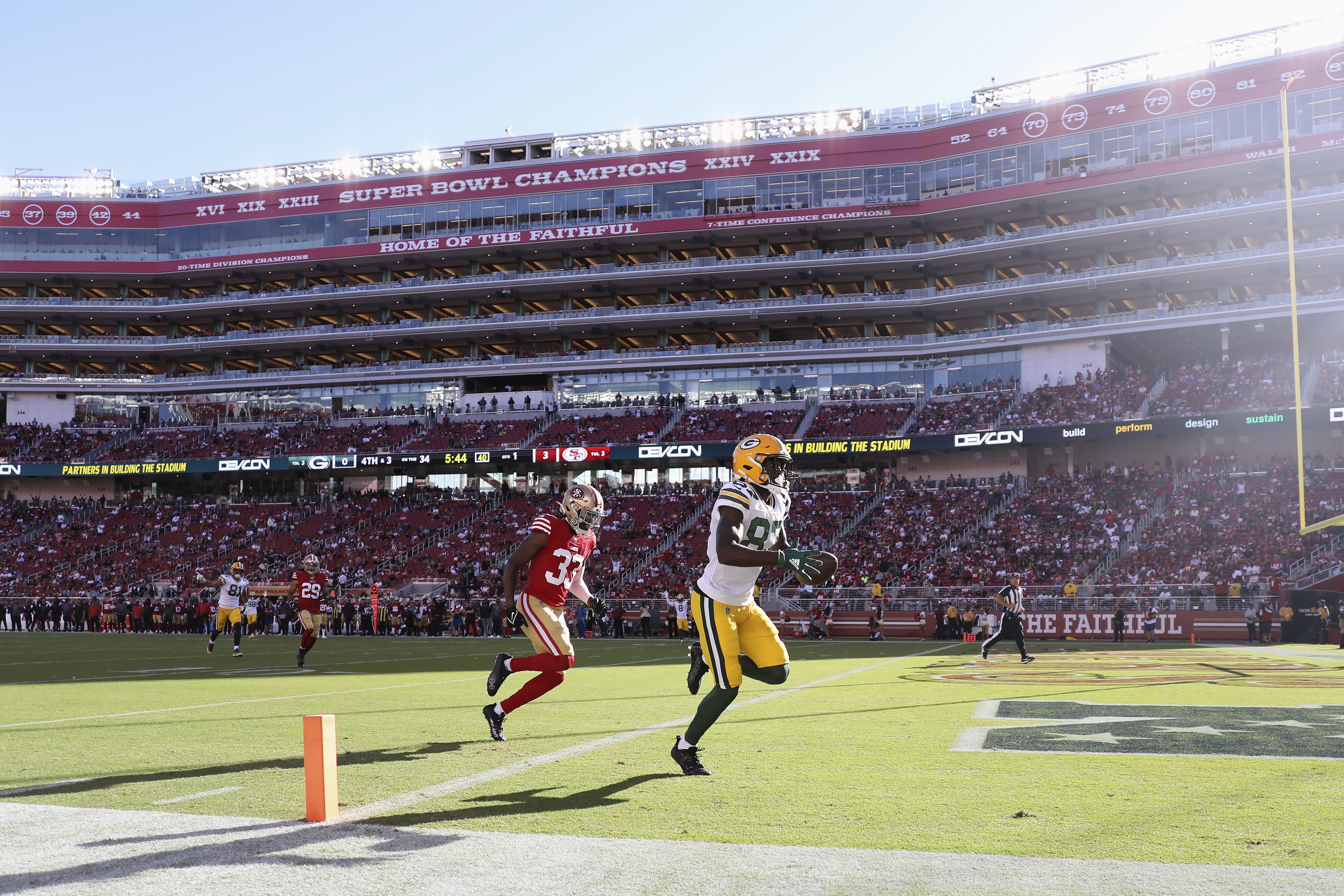 Lance played just two series in the game but that was enough to show why the Niners made the decision to transition from Jimmy Garoppolo to Lance at quarterback.

Lance delivered a perfect deep strike to Gray on San Francisco’s second possession and Gray raced the rest of the way for the score. The pass traveled 34 yards downfield, longer than all but one of Garoppolo’s completions the past two seasons for San Francisco.

The ability to throw it deep was one reason why San Francisco traded three first-round picks to draft Lance third overall in 2021 to replace Garoppolo. Lance spent most of his rookie season on the bench but has taken over the offense this year as the Niners look to trade Garoppolo.

Green Bay’s young quarterback wasn’t as sharp on a night when both teams played only a handful of starters.

Jordan Love threw three interceptions to go along with two TD passes in one half of action with starter Aaron Rodgers sitting out the exhibition game.

Love found rookie Romeo Doubs on a 33-yard TD on Green Bay’s second drive and then connected on another 33-yarder to Danny Davis at the end of the half.

But he had three interceptions in between those TDs, including one that went off tight end Tyler Davis’ hands. Love, who has thrown just 61 passes since being drafted in the first round in 2020, went 13 for 24 for 176 yards.

The teams then traded TD passes in the fourth quarter, with Danny Etling throwing a 22-yarder to Amari Rodgers to give Green Bay a 21-20 lead and San Francisco answering with Brock Purdy’s 5-yard TD to Tanner Hudson.

It was an up-and-down debut for Doubs, who has impressed in training camp after being drafted in the fourth round. The highlight was the TD catch but he also dropped a pass and had a ball ripped out of his hands for an interception by Samuel Womack.

Womack was one of impressive rookies for the Niners, intercepting two passes from Love as the fifth-round pick out of Toledo makes a bid for the slot cornerback spot in San Francisco.

Gray, a third-round pick, had two catches for 99 yards.

One of the big focuses this training camp for Green Bay has been on the special teams after that unit struggled mightily last season and was a major reason why the Packers lost in the divisional round to San Francisco.

It didn’t start well in the debut under new coordinator Rich Bisaccia with a holding penalty on the opening kick. But Amari Rodgers did provide a bright spot with a 50-yard kick return.