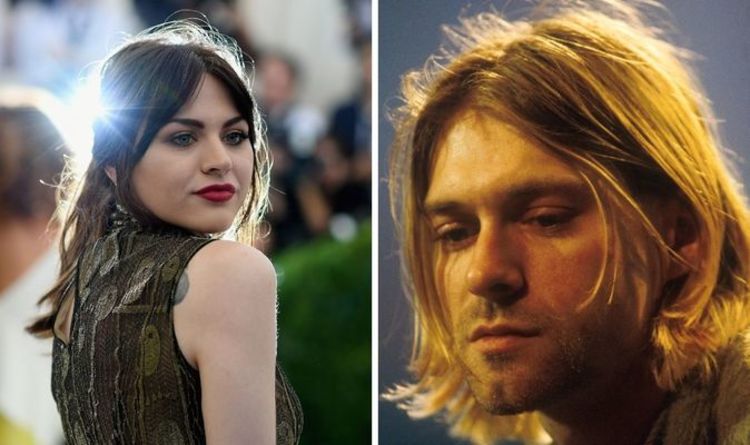 The 29-year-old did say the band’s legacy was never difficult for her though, as she didn’t listen to them personally. Francis said: “I would have felt more awkward if I’d been a fan,” when asked about her teenage years being dominated by Nirvana’s influence.

Not only did Francis not listen to them, but she added: “ I don’t really like Nirvana that much,” before jokingly saying: “Sorry, promotional people, Universal,” referring to the film. Grunge isn’t her personal music taste, revealing that she’s more “into Mercury Rev, Oasis, Brian Jonestown Massacre,” just to name a few.

“The grunge scene is not what I’m interested in,” she laughed. Yet, there are a couple of songs from the band she enjoys. “‘Territorial Pissings’ is a f****** great song,” adding: “And Dumb, I cry every time I hear that song. It’s a stripped-down version of Kurt’s perception of himself, of himself on drugs, off drugs, feeling inadequate to be titled the voice of a generation.”