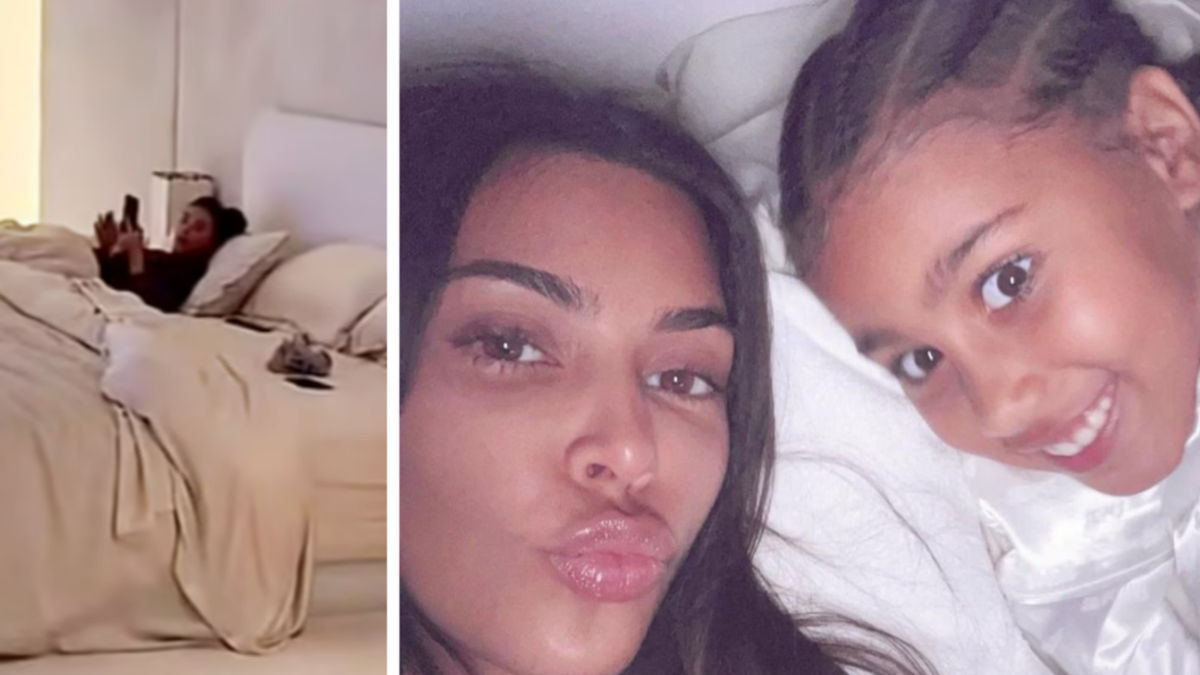 Kim Kardashian has broken her silence for the first time since she was caught in an awkward livestream on TikTok after her daughter North gave fans a tour of the family’s home without her knowledge.

Earlier this week, the eight-year-old got in trouble after she walked in on her famous mum lounging in bed during the livestream.

In an interview with former New York Times writer Bari Weiss, the 41-year-old reality star spoke out about the viral clip.

Bari saw the irony of the situation, suggesting Kim was known to be a rule-breaker herself during her younger years.

“I guess you’re right. Like, I do break the rules,” Kim responded.

“I didn’t really think about it that way. I’m cautious. I care so much about what other people think that I try to do it in a respectful way, even if I break them.”

The SKIMS founder revealed that although the observation was true, North’s rule-breaking streak predominately comes from who her father is.

“I mean, North West is Kanye West’s daughter. Forget that, she’s his twin. So she will still definitely do all of the above,” Kim said, laughing.

“But in my household, there are rules. She did feel really bad about that, and she apologised to me and she said ‘I saw on TikTok that I got in trouble and I’m really sorry,’ and she got it.”

The eight-year-old and her entrepreneur mum launched the TikTok page, simply called “@kimandnorth,” and in just two days, they gained more than 1.3 million followers.

The bio on the account’s page is a sweet ode to the mother-daughter duo and reads, “Me and my bestie.”

The account features 57 videos as of Friday, however, none have gone as viral as North’s house tour.