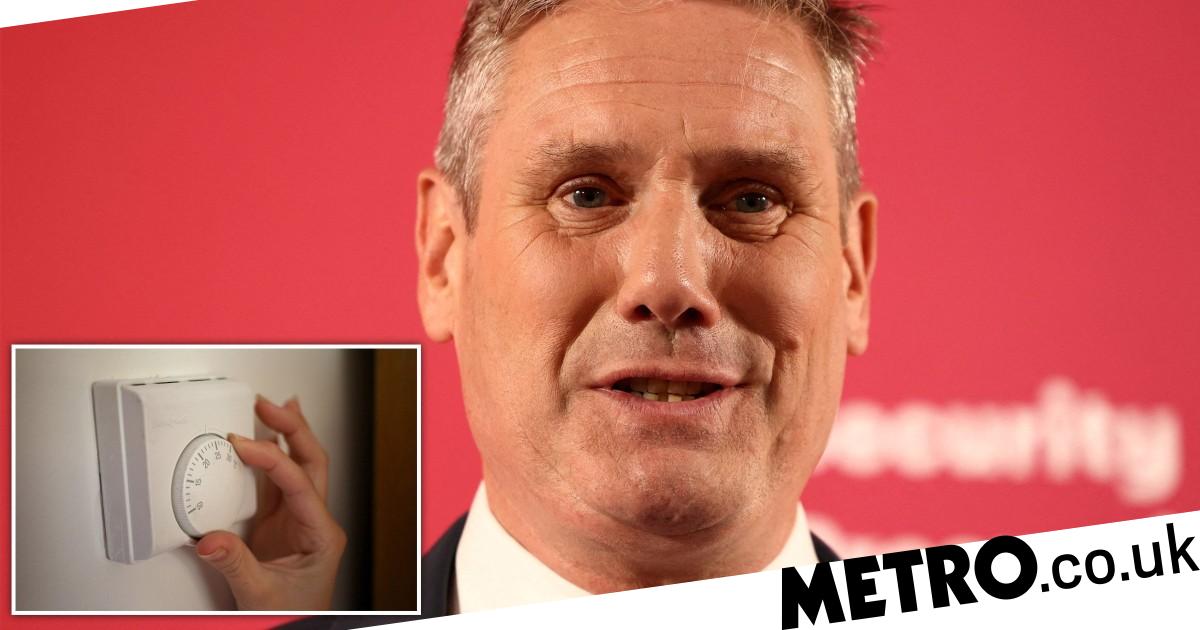 Sir Keir Starmer has unveiled a £29 billion plan to tackle the ‘national emergency’ over energy bills – including freezing them for millions of families.

The Labour leader said he would stop maximum prices rising from the current £1,971 by putting up taxes on oil and gas firms – a move he says will help raise £8 billion and save households £1,000.

Another £14 billion would match spending already pledged by the Conservatives, including a support package with a £400 discount on everyone’s bills announced in May.

And he claimed, by keeping bills down, inflation would drop by around four per cent – allowing the government to divert £7 billion interest payments to help struggling households instead.

Wholesale costs rose after the Covid pandemic and soared when Russia invaded Ukraine, while industry regulator Ofgem has shaken up how it works out the cap, which limits how much profit suppliers can make.

Sir Keir – apparently criticised by ex-Labour PM Gordon Brown for having no plan and taking a holiday during the crisis – claimed his proposals would ‘fix the problems immediately and for the future’. He also insisted they were fully funded.

‘We’ve had 12 years of Tory government that has failed to prepare and refused to invest, leaving bills higher and our country less secure,’ he said. ‘This is a national emergency. It needs strong leadership and urgent action.’

His measures to ensure people ‘won’t pay a penny more’ include a freeze in energy bills for all domestic energy customers and extra support for those not protected by the price cap.

He vowed to ensure people using prepayment meters did not fork out more than direct debit customers.

And he promised to cut demand – and bills – by insulating 19million homes over the next decade.

Around £8 billion of his proposed funding would come from closing a loophole in the government’s energy profits levy, which gives companies a tax break on money which is reinvested, backdated to January. That echoes suggestions by the Lib Dems and SNP.

Addressing critics who say Labour has been ‘missing in action’ this morning, Sir Starmer said the party waited ‘until they had accurate figures to set out a fully costed comprehensive plan’.

‘They’ll be millions of people who say “I just can’t afford the increases”’, he told GMB this morning.

‘We’ve got a choice, a political choice – which is either we let the oil and gas companies continue to make huge profits whilst every family across the country suffers.

‘So instead of allowing the prices to go up and then trying to rebate people, we’re going to cut the problem at source and stop those price increases.’

But Conservatives said his plan risked higher taxes and a recession.

‘We would have to find a way to compensate people by effectively trying to abolish that price rise and that would inevitably lead to higher taxes,’ energy minister Greg Hands told BBC News.

‘So I think we have to be a little careful of some of these Labour’s seemingly magical solutions to just wish it all away, that will have consequences.’

‘We need to have growth and investment. Profit shouldn’t be seen as a dirty word.’

But Mr Johnson confirmed afterwards no further action would be taken until Ms Truss or Mr Sunak replaced him.

Scottish Power chief executive Keith Anderson yesterday called on the government to step up support for people, saying there was ’genuine fear’ as energy bills rise ‘off the charts and out of reach’.