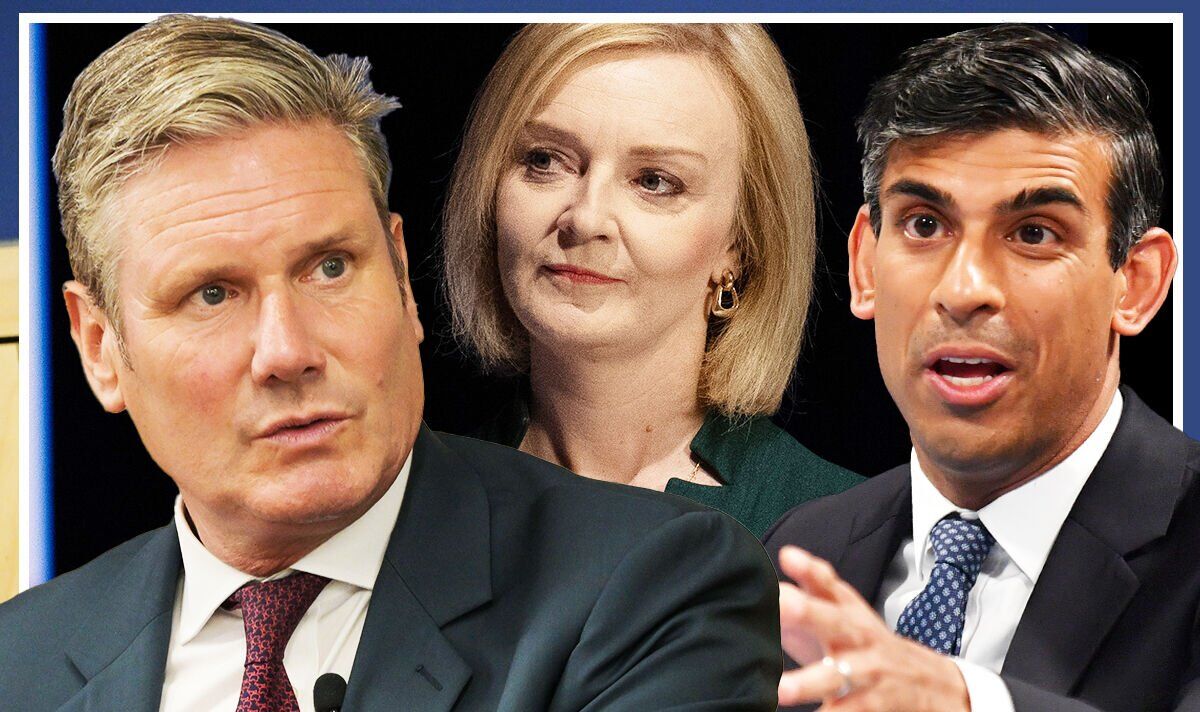 Voters have scored the Labour leader as being significantly less fit to govern the UK than either of the two Tory leadership candidates battling it out to replace Boris Johnson. The new findings from ViewsHub suggest the Foreign Secretary is currently viewed as being the best person for the top job, narrowly leading her Conservative rival.

Express.co.uk teamed up last month with leading workplace feedback platform ViewsHub in an exclusive collaboration to properly assess the quality of the men and women we elect and compare who is fit to govern the UK.

Members of the British public vote online on the character traits of senior politicians to determine who has what it takes to lead Britain.

In an index marked out of five, the latest results show Ms Truss scores 3.7 for her political abilities, compared to Mr Sunak’s score of 3.6.

However, in a damning blow for Labour Sir Keir is markedly behind, with a score of just 2.9.

READ MORE: Tories STILL want Boris to stay as PM rather than hand over reins

His low rating comes after the Opposition leader faced criticism for going on holiday while the UK faces a cost-of-living crisis.

Labour accused Mr Johnson of leading a “zombie Government” and being “missing in action” while Sir Keir was out of the country on holiday.

Finally breaking cover yesterday to outline Labour’s plan, the Holborn and St Pancras MP said he would not apologise for spending time with his loved ones.

He said: “I’ve got a very important job as leader of the Labour Party, leader of the Opposition, but I’ve also got another job that’s really important and that is I’m a dad and I’m not going to apologise for going on holiday with my wife and kids.”

Ms Truss and Mr Sunak have spent weeks on the campaign trail outlining how they would help hard-working Britons in the weeks ahead if they enter No10.

Ab Banerjee, Founder and CEO of ViewsHub, told this website: “These results offer a fascinating and unique insight into the public’s perception of the candidates battling to be Britain’s next Prime Minister.

“With most voters lacking the time to forensically analyse the candidates’ respective policy promises, they look for shortcuts they can use to make their decisions.

“It is here that personality and performance play a crucial role, and why it is vital to understand how Liz Truss and Rishi Sunak are perceived.

“As we have seen so far in the leadership contest, policy promises can be made and abandoned in a short space of time.

“Character traits on the other hand cannot simply be left by the wayside, and as such provide a more effective platform on which to compare the candidates.”

The findings, compiled from the views of over 200 members of the British public, suggest Ms Truss is marginally seen as being better than her counterpart at being able to get things done and having the right skills for the job.

People feel she earns her allies’ trust and her adversaries’ respect more than the former Chancellor.

She also leads in being seen as the greater risk-taker of the two, and being more strategic.

In contrast, Mr Sunak, whose resignation ultimately led to the downfall of Mr Johnson, is seen as being more ambitious.

Mr Banerjee added: “It will be exciting to compare these findings with the feedback received over the final few hustings, and when the result of the contest is revealed on September 5.”

Want to have your say? Click here and let us know who you think is fit to govern the country we love.