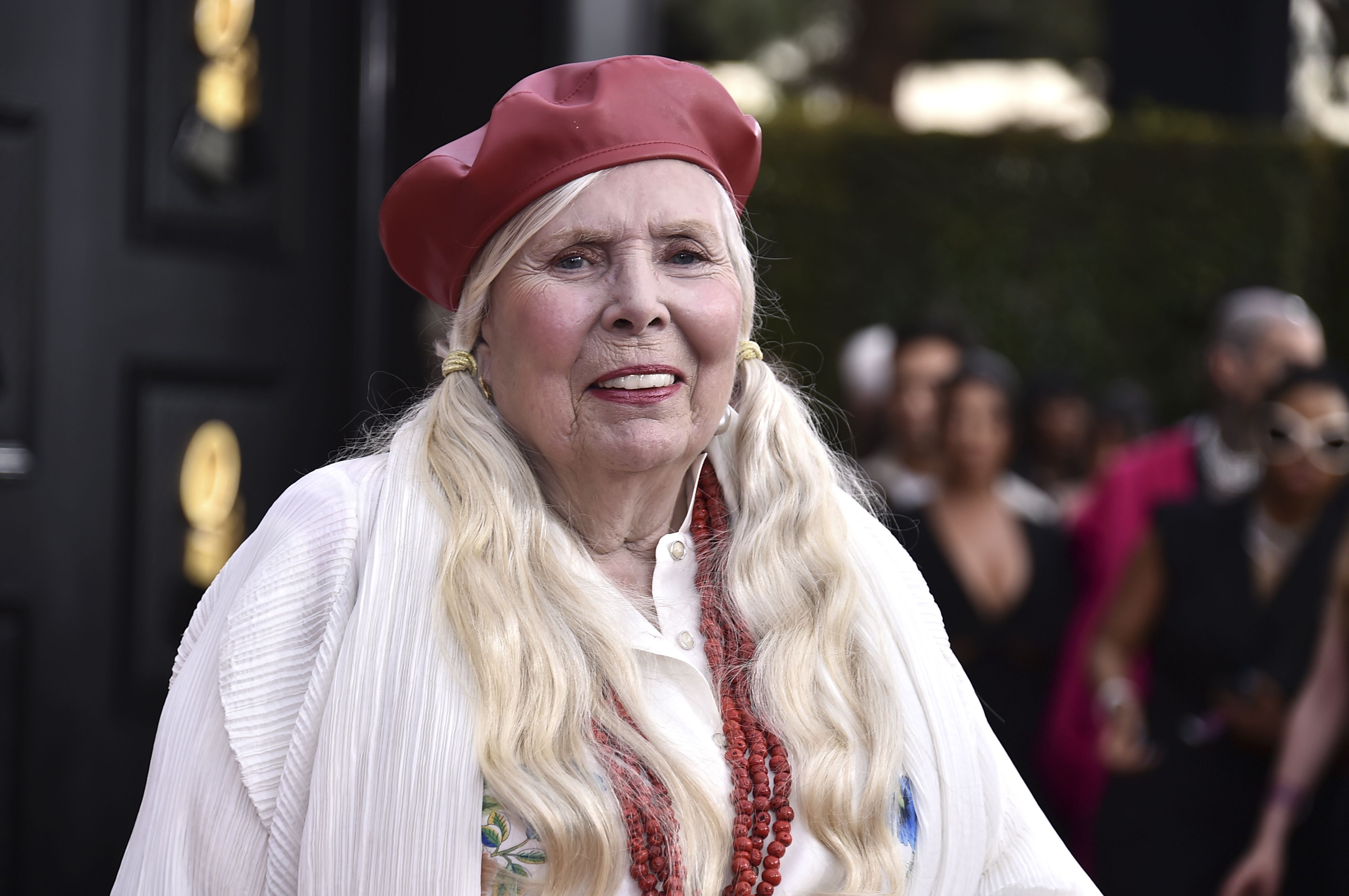 The folk legend performed her first full-length concert on Sunday at the Newport Folk Festival in Rhode Island, The Boston Globe reported. Mitchell has contended with health complications since suffering an aneurysm in 2015, and her last full show was in late 2002, according to reports.

Seated in a wingback chair and wearing a blue beret and sunglasses, Mitchell joined festival headliner Brandi Carlile and a bevy of other artists, including Wynonna Judd, Allison Russell and Marcus Mumford. It was Mitchell’s first Newport festival performance since 1969.

This was, Carlile explained, a recreation of the “Joni Jam” musical gatherings that have brought famous friends like Elton John to Mitchell’s Los Angeles home in recent years.

And Mitchell wasn’t there to just to sing. Halfway through the 13-song set, she played an electric guitar solo, which was her first time playing guitar in public since her aneurysm, Carlile said.

The ensemble played Mitchell’s most familiar songs (“Circle Game,” “Big Yellow Taxi”) and a few of her favorites (“Love Potion No. 9,” “Why Do Fools Fall in Love”).

After their rendition of “Both Sides Now,” Carlile was fighting back tears. Addressing the audience, she asked: “Did the world just stop?”

For copyright information, check with the distributor of this item, The Boston Globe.