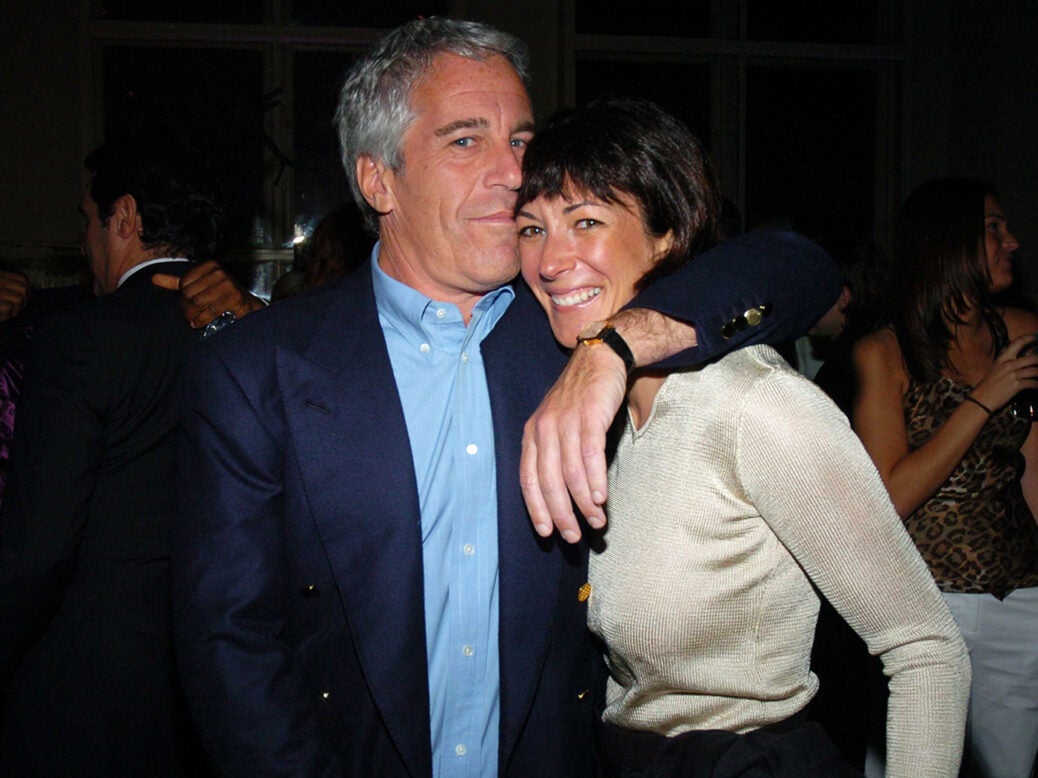 The entrance hall to Jeffrey Epstein’s Manhattan townhouse was lined with glass eyeballs. These, he told visitors with relish, had been made for English soldiers wounded in battle. Each in their frame, the eyeballs watched the comings and goings of the rich men Epstein befriended, as well as the not-rich young women that he had brought to him.

If this were a detail in a novel, readers would scoff. No way, you would think: a real person would never be so ludicrously macabre. In many ways, Epstein seems like a character from a particularly trashy piece of fiction – a villain with no redeeming qualities, a two-dimensional figure interested only in money, sex and power.

His former long-term girlfriend Ghislaine Maxwell, convicted on 29 December for five sex trafficking-related offences, has the more textured backstory. The ninth and youngest child of Robert Maxwell, she was born in France and brought up in Oxford; in her 1990s prime, there were few people more embedded in the London-New York establishments – Maxwell’s friends included politicians, Hollywood stars and a member of the royal family.

Now she faces up to 65 years in prison, a humiliating end for a woman accustomed to mansions and private jets. It is also, from the cynical perspective of a movie-maker, the most delicious character arc imaginable: from riches to rags, in a downfall of her own making. There will be TV series and films.

It’s easy to write about Maxwell and Epstein as if they aren’t real people because, for most of the media-consuming public, they aren’t. They’re bit players in a soap opera, complete with an all-star cast. Meanwhile, many other cases of grooming and sexual abuse fail to attract the sustained public attention they should. In late December the Times reported that, nearly a decade after the Rotherham child sexual exploitation scandal broke, South Yorkshire police are still failing to properly collect data on perpetrators. It also found that Rotherham – where about 1,400 children were abused between the late 1990s and 2013 – is still seen as a “hot spot” for the sexual exploitation of children.

Like the girls targeted by the Rotherham gang, Epstein’s victims were similar to one another. Slender, fair-skinned, brunette or dark blonde, aged between 14 and 18: Epstein had a type – and Maxwell could spot it. Her primary function in his life was to serve his insatiable sexual appetites. Initially she did so herself, and apparently with pride. In the 1990s Maxwell hosted a dinner party at which a dildo was left on every place setting and used to instruct guests on oral sex technique. In July 2020 Vanity Fair described this behaviour as “sexually self-assured”. Given what we now know, I find it troubling.

When she could no longer keep up with Epstein’s demands, Maxwell looked elsewhere. In court in December, a witness identified as “Kate” testified that Maxwell had recruited her, and asked “if I knew anybody who could come and give Jeffrey a blow job because it was a lot for her to do”. This is how Epstein and Maxwell regarded sex, it seems: as a service to be contracted out. Maxwell’s role of “main girlfriend” morphed into that of pimp, as well as personal secretary, “lady of the house” and (as Epstein termed her) “best friend”. By the time of his arrest in 2019, Epstein had moved on to other “main girlfriends”; his final call from prison was to his Belarusian girlfriend, Katyna Shuliak, aged 30.

Maxwell was both a pathetic figure, then, and a terrible one. A former employee later reported that Epstein would request as many as three masseuses a day, and that young women would visit his Palm Beach property to perform this function. They have since testified to the devastating effects of that abuse.

Virginia Giuffre, the most outspoken of the couple’s accusers, has described Maxwell as “more evil than Epstein”. Is Maxwell being punished for Epstein’s crimes as well as her own? Of the large number of people believed to have been involved in his sex trafficking operation, there is an obvious irony in the fact that the only person convicted is a woman. But when Maxwell’s defence team leant heavily on the idea that their client was being scapegoated, they tried to turn the powerful, “sexually self-assured” woman of the 1990s into a cowering victim – a plot twist the jury wouldn’t accept.

Because for all her wealth and fame, Maxwell conforms to a criminological type, just as Epstein did. When women commit sex offences, this is typically how they do it – alongside male partners, and with murky motivations. Like Myra Hindley and Rose West, Maxwell has achieved greater infamy than the man she offended alongside.

What they both did, in the end, was no different from what was done in Rotherham. Epstein raped his victims in places of splendour, and in the company of the famous and the powerful; the Rotherham gangs raped their victims in cheap hotels, public parks and grubby flats. The long-term harm done was much the same. As Simone Weil put it, “imaginary evil is romantic and varied; real evil is gloomy, monotonous, barren, boring”.

But because the Epstein and Maxwell story has a spurious glamour, its fictionalised retellings will soon part company with real events: their crimes will be forgotten, as most sexual abuse is. Maxwell’s was billed “the trial of the century” not because what she and Epstein did was entirely exceptional, but because of the thrilling narrative – those glitzy, novelistic details. With this last humiliation, Maxwell’s chapter now seems complete.