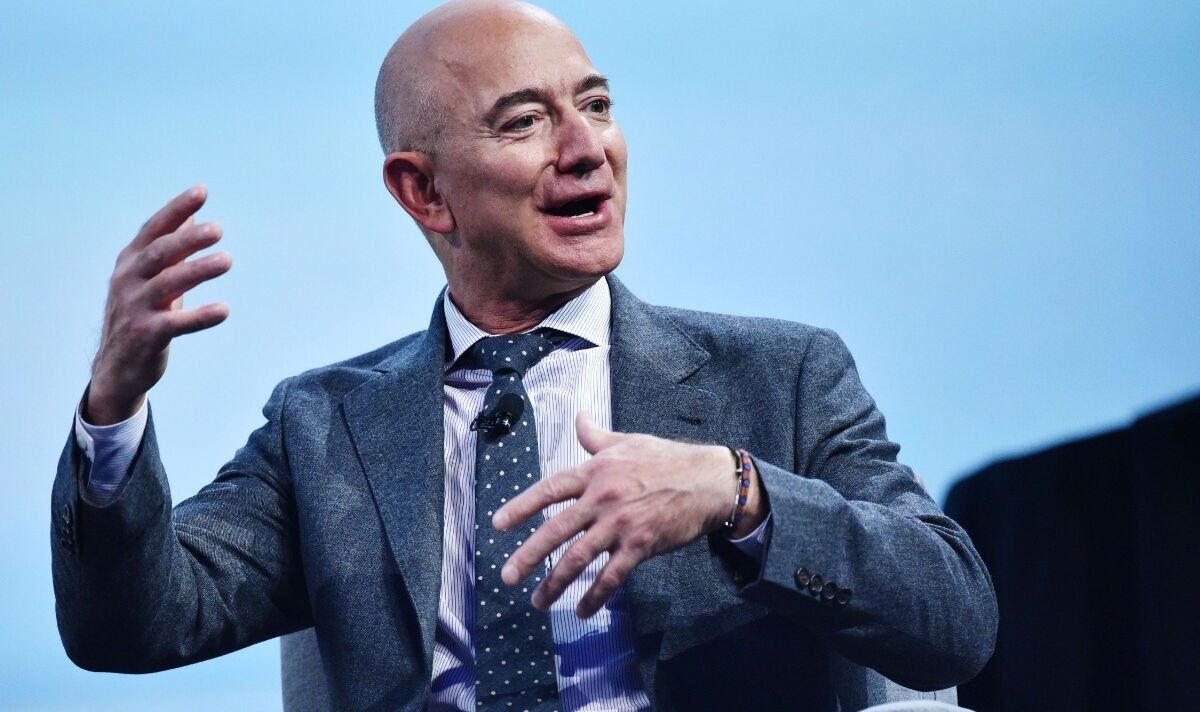 Jeff Bezos, 58, who founded online retailer Amazon in 1994, spent up to an hour admiring prized possessions with his family during a tour of the Queen’s main London residence. Mr Bezos, who is worth an estimated £123billion, managed to see a display which included Her Majesty’s iconic diamond diadem.

The diadem is even set with 1,333 of the precious jewels and 169 freshwater pearls.

He was spotted alongside his partner Lauren Sanchez, 52, at a Mayfair restaurant, with the Golden Globe winner.

JUST IN: ‘We are behind you!’ Prince William issues rare personal message to England’s Lionesses

Cruise, 60, recently played a part in the Queen’s Platinum Jubilee celebrations, including during the Royal Windsor Horse Show.

However, Mr Bezos’ visit to Buckingham Palace appears to have been well-received by staff.

A source told the Sun: “The Bezos visit is already jokingly being nicknamed a ‘shopping trip’ by Palace staff.

“He showed a particular interest in the Throne Room and Ballroom.”

The Platinum Jubilee: The Queen’s Accession exhibition opened on July 22 and will remain open until October 2.

According to the Royal Collection Trust, standard adult tickets cost £30.

Children and disabled visitors would pay £16.50.

And those aged under five can enter for free.