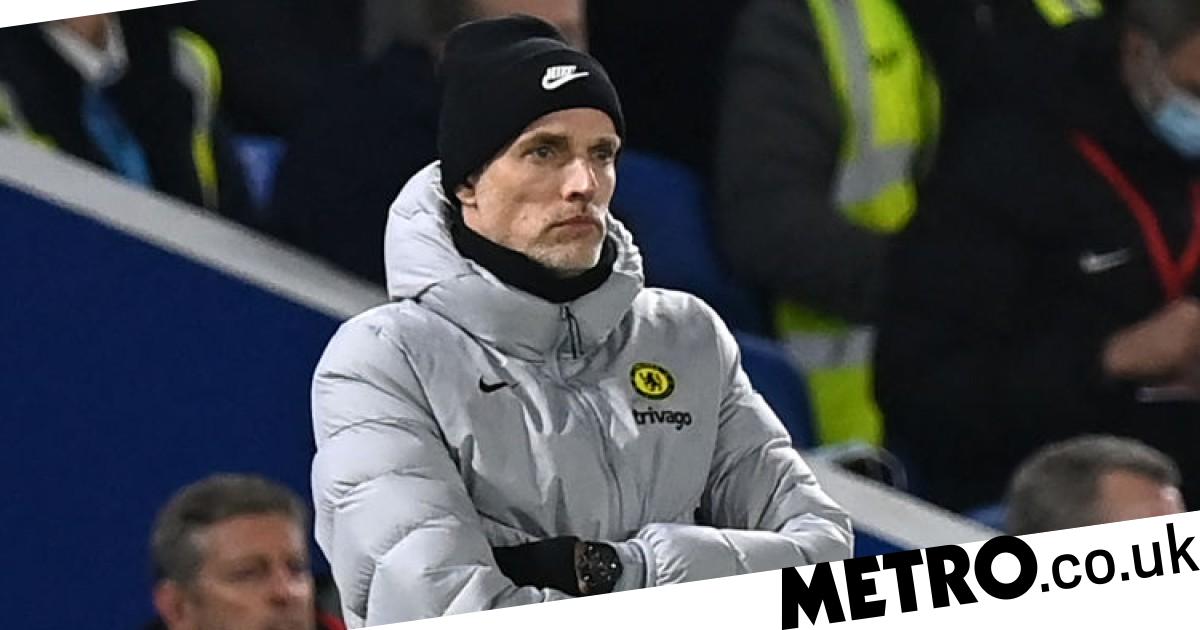 Jamie Carragher has warned Thomas Tuchel he is dealing with a ‘timebomb’ in the shape of the club’s record signing Romelu Lukaku.

The 28-year-old returned to Stamford Bridge in the summer following a £97million move from Inter and was billed as the final piece in Tuchel’s jigsaw.

After a bright start, however, Lukaku’s form has deteriorated rapidly to the extent he is not even currently considered an automatic starter and was heavily criticsed for his listless recent displays against Manchester City and Brighton.

The controversial interview he gave to Italian media earlier this month has hardly helped what appears to be a fractious relationship with his current manager and Carragher fears Chelsea may have to cut ties with Lukaku at the end of the season if they are to assemble a sqaud truly capable of winning the Preimer League.

He told the Daily Telegraph: ‘All the talk about how a couple of years working with this weekend’s opponent, Antonio Conte, have elevated Lukaku’s game tactically has proven premature.

‘Thomas Tuchel is managing the same striker who prompted Manchester United to run out of patience and sell him to Inter Milan.

‘That’s why I can’t help but think there is a timebomb in the Chelsea dressing room, with the player and club already losing patience with each other.

‘The recent furore over the interview Lukaku gave to Italian media was a hint of what might follow.

‘There has been a period of calm since, but if performances continue to underwhelm and Tuchel starts to give the impression his first choice XI does not have Lukaku’s name on it, it is likely the alarm bells have been paused, not deactivated.

‘Tuchel waited before reintroducing Lukaku into the side after his recent injury, and substituted him against Manchester City and Brighton following two poor performances.

‘They were telling moments as Chelsea were desperate to score when those decisions were taken. Here was another insight into the mind of the modern coach.

‘If his form does not improve it will become a problem the club will have to consider between now and the end of the season, weighing up as to whether they will need another solution up front when planning for a renewed title bid next year.’