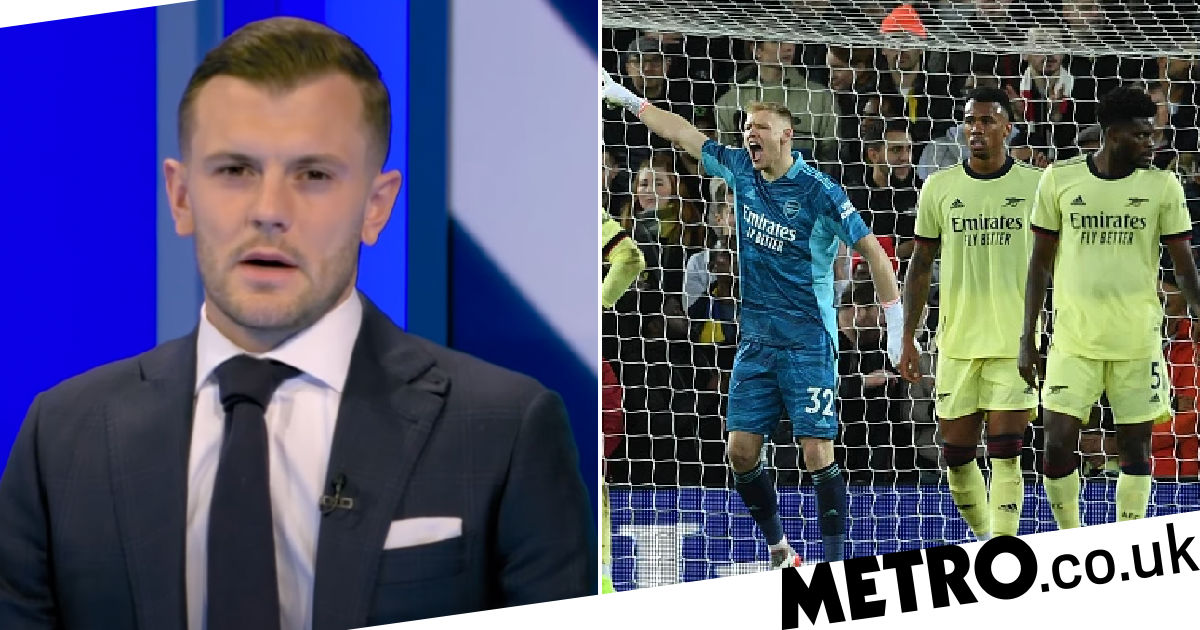 Jack Wilshere remains confident Arsenal have a realistic chance of securing a top-four finish in the Premier League this season, despite their humbling 4-0 defeat at the hands of Liverpool.

The Gunners were riding a ten-match unbeaten streak heading into Saturday’s heavyweight clash but were well beaten by Jurgen Klopp’s rampant Reds, with Sadio Mane, Diogo Jota, Mohamed Salah and Takumi Minamino all netting at Anfield.

The result leaves Arsenal nine points adrift of league leaders Chelsea down in fifth place and the north London outfit will be desperate to bounce back with victory at home to Newcastle next Saturday.

Mikel Arteta admitted his young side ‘crashed’ after the break but felt the side’s first-half performance proved beyond doubt that they are now capable of ‘competing’ with the best teams in the division.

Wilshere was similarly upbeat when discussing Arsenal’s opening 45-minute display on Sky Sports and urged the squad to concentrate on issuing the right response in a weeks’ time.

‘It will definitely hurt in the moment, it will hurt now,’ the ex-Arsenal and England midfielder said shortly after the final whistle.

‘Those players will be on the bus, the manager will be hurting, but as you said and as I said before, Liverpool will do that to teams.

‘We can’t get carried away, the same way if they’d have won the game today we wouldn’t have go carried away saying that Arsenal will win the league.

‘The manager always talks about the process and where he wants to take these young players and they’re still on that journey.

‘There will be results like that along the way because they’re young players and with young players sometimes you don’t get the consistency you want.

‘But they’ll bounce back and it’s important that they focus on the next game.’

Wilshere said Liverpool made life extremely ‘difficult’ for Arteta’s inexperienced Arsenal side with their intense pressing game after the break.

‘You’re still in the game, they obviously changed it where they came out and pressed higher and pressed aggressively which made it a lot more difficult for Arsenal.

‘They tried to stick to the way they want to play, their game-plan, but Liverpool made it difficult for them.’

Asked whether a top-four finish looks an achievable target for Arsenal, Wilshere replied: ‘Yeah, I think it does.

‘I think as well for all the Arsenal fans out there, me included, if you’d have said after 12 games and 26 games left that we’re going to be fifth, especially after the start of the season, we’d have taken it.

‘We’ve got to take the positives, prepare for each game as it comes. The next one is Newcastle at home where it’s going to be a difficult game because they’ve got a new manager and they’re changing the way they play.

‘But they’re the games that are important where we have to pick up three points.’