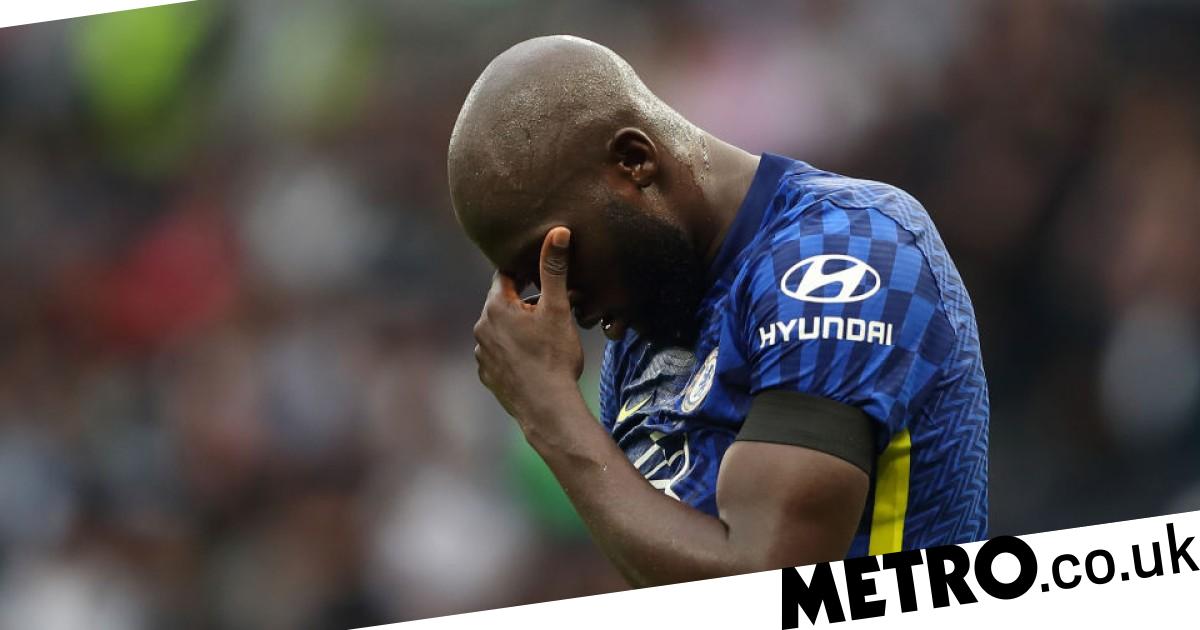 Romelu Lukaku has apologised to Inter Milan fans over the manner of his summer move to Chelsea, but it does not seem to have gone down well with the Inter ultras.

Lukaku made some explosive comments in an interview with Sky Italia three weeks ago, saying he was unhappy with his role at Chelsea and that the Blues were fourth choice when he left Inter.

He also spoke highly of his time in Milan, praising the club, fans and Italy as a whole, saying that he would love to return to return there to play again.

The Belgian also apologised to the Inter faithful for not speaking out before his switch to west London and why he felt he had to leave with the club seemingly in financial trouble as manager Antonio Conte and full-back Achraf Hakimi left.

However, a banner has since appeared outside the San Siro, which rather poetically read: ‘It doesn’t matter who runs away in the rain, it matters who stays in the storm. Bye Romelu.’

‘I always said that I love Inter and I’ll play for them again. I really hope so. I fell in love with Italy.

‘Now is the right time to talk about it and tell people what really happened, without saying anything bad about anyone, because I’m not like that.

‘I want to really apologise to the Inter fans because I don’t think I should have left Inter the way I did. I should have spoken to you guys first, especially after everything you did for me, for my family, my mum, my son. I’ll never forget that.

‘I hope from the bottom of my heart to go back to Inter and not at the end of my career but when I’m still at a good enough level to win more trophies.’

Lukaku added that he wanted to stay at Inter, asking for a new contract which wasn’t forthcoming.

‘Last summer I went to talk to the Inter board and I asked for a new contract,’ he explained. ‘I said: “I’m 28, I wanted to plan my life in Italy with a new deal.” But Inter said no. Maybe there wasn’t the economic possibility. For me it was difficult to accept.’


MORE : Mikel Arteta decides on No.1 midfield transfer target after missing out on Chelsea star Jorginho


MORE : Romelu Lukaku has ‘no intention’ of leaving Chelsea in January transfer window