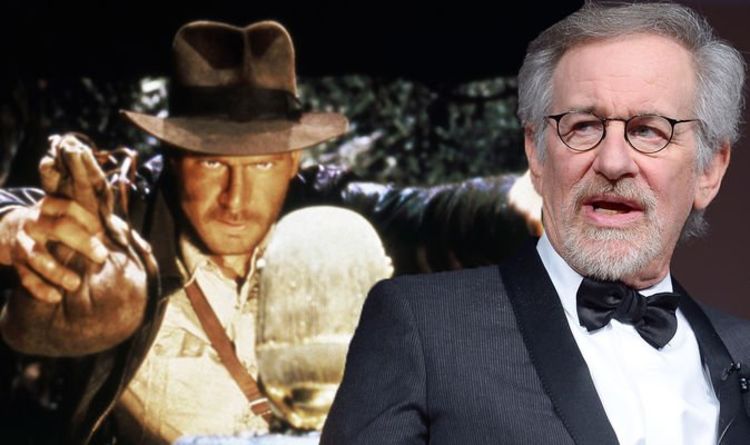 After the 1981 Indiana Jones movie, the pressure was on for Steven Spielberg to be just as successful with its sequels. The film was given just a $20 million budget but made more than $389 million at the box office. But after its sequel, Temple of Doom, was released, Spielberg revealed he wasn’t happy with his follow-up movie.

Spielberg said of Temple of Doom: “I wasn’t happy with the second film at all. It was too dark, too subterranean, and much too horrific. I thought it out-poltered Poltergeist.”

Although Temple of Doom has gone on to be extremely popular, the legendary ET director does have a point.

On top of the brain-eating dinner scenes and the brutal knife fights, no viewer will ever forget one legendary scene.

It shows off a sacrifice being attacked by the Kali priest Mola Ram, while screaming: “Kali-Ma!” ripping his heart out in the process.

Spielberg went on to add: “There’s not an ounce of my own personal feeling in Temple of Doom.” The Ready Player One director mused that making a sequel is dangerous because you can “never satisfy everyone”. He said: “If you give people the same movie with different scenes, they say: ‘Why weren’t you more original? But if you give them the same character in another fantastic adventure, but with a different tone, you risk disappointing the other half of the audience who just wanted a carbon copy of the first film with a different girl and a different bad guy.”

Kasdan said: “I just thought it was horrible. It’s so mean. There’s nothing pleasant about it.

“I think Temple of Doom represents a chaotic period in both their [Lucas’s and Spielberg’s] lives, and the movie is very ugly and mean-spirited.”

Despite the fact Spielberg was not a massive fan of Temple of Doom it was very successful.

On a budget of $28 million, the film made an impressive $333 million at the box office.

It also spurred on another sequel, The Last Crusade, which was released in 1989.

Indiana Jones and the Temple of Doom is available to watch on NOW.