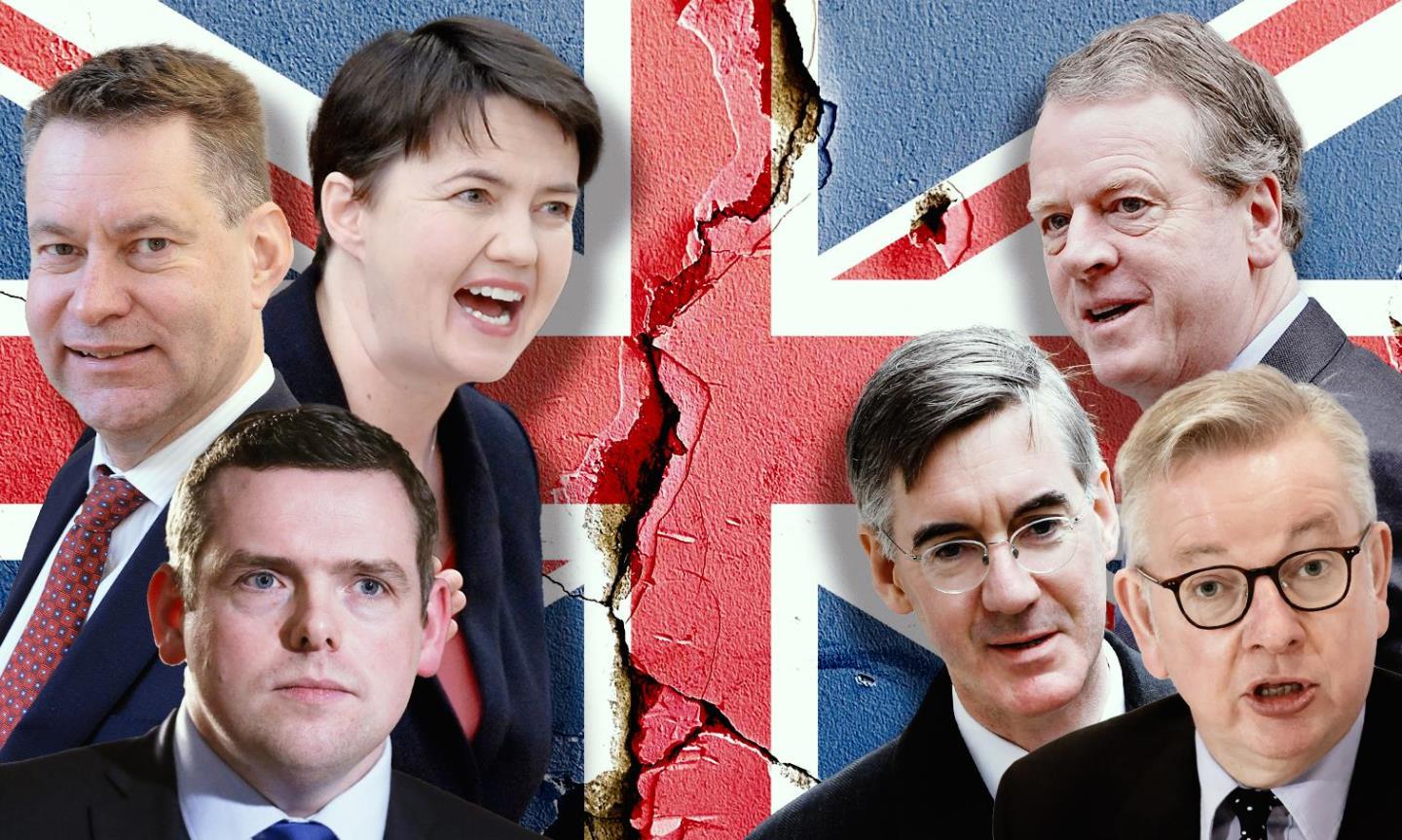 The self-appointed guardians of the union have spoken, and they appear to judge the leader of the Scottish Tories something of an irrelevance.

“Very dismissive and rude” comments aimed at Moray MP Douglas Ross from his own side are already proving a gift to political rivals in Scotland.

First Minister Nicola Sturgeon was quick to pounce. She claimed the remarks show the “utter contempt” Westminster has for Scotland.

The row erupted after yet more reports of parties at Downing Street when the UK was still in its first lockdown.

What sparked this Tory war?

They say a week is a long time in politics but perhaps never more so than during this latest astonishing row involving the prime minister.

On Monday ITV News published a bombshell email which revealed employees at No 10 were invited to a “bring your own booze” party in the garden of Downing Street on May 20 2020 when the country was still living under serious restrictions.

Boris Johnson dodged questions on Tuesday when he sent a junior minister in his place to face angry calls for his resignation.

Later that day, Scottish Tory leader Douglas Ross came out of hiding to say he was “furious” about the revelations and making clear the prime minister should quit office if he had attended the party.

Fast forward to Wednesday and Boris Johnson had little choice but to face the music as he appeared in the Commons for Prime Minister’s Questions.

Here he made the admission that he attended the party for “25 minutes” but claimed he “believed implicitly that this was a work event”.

Later that day, Mr Ross sensationally called for the Tory party leader to resign as prime minister over the row and said his position is “untenable”.

Who said what as battle lines drawn

The last 24 hours can be characterised as something of a “mud-slinging match” within the Conservative Party as it enters full blown crisis mode.

One thing is clear: battle lines are being drawn and the wagons are circling after the Scottish party staged a major revolt against the leadership of Mr Johnson.

The most notable insult thrown – and which has dominated headlines – were remarks made by Jacob Rees-Mogg, the leader of the House of Commons.

He said Mr Ross had “always been quite a lightweight figure” and that the Secretary of State for Scotland, Alister Jack, was “much more substantial and important”. Ouch.

“Douglas Ross has always been quite a lightweight figure”

Jacob Rees-Mogg MP says the Secretary of State for Scotland “is a much more substantial and important figure in this”#Newsnight https://t.co/1eE9taAED5 pic.twitter.com/9aala8jM1s

But the electorally-toxic narrative that Scotland is just very far away from London – and so of less importance – was spun further still.

Aberdeen’s own Michael Gove added fuel to the fire when he reacted to the Scottish Tory leader’s calls for Boris Johnson to resign following the Downing Street party revelations.

Mr Gove told journalists that his “instant response is he’s in Elgin and the national Tory leader is in London”.

If we’re being pedantic, it should be pointed out Mr Ross was actually in Edinburgh doing broadcast interviews at the Scottish Parliament.

Now, some locally in the north-east could perhaps interpret this as a dig from an Aberdonian about their northerly Elgin neighbours.

But most would see it as exposing the London-centric view of the Conservative government from the so-called “levelling up” minister. Not a good look.

The first minister was next to have a dig at Mr Ross but it must have been difficult not to when his own party were supplying the goods so effectively.

Speaking during First Minister’s Questions, she told MSPs that “even I am not as derogatory as his own Tory colleagues are being” despite the pair’s “big political differences”.

‘On the sole of Westminster’s shoe’

The SNP leader was quick to promote independence as the answer to the “contempt” on display from the Westminster establishment.

“An added benefit is that we’ll no longer have to put up with being treated like something on the sole of Westminster’s shoe”, she added.

Mr Ross himself said he would be not engaging in “personal attacks” and that while he does not agree with the view of the leader of the House of Commons, he is “entitled to make it”.

It can guaranteed these comments will be used by opponents of the Tories for a long time to come.

What are the views of the Scottish party?

Interestingly, the leader of the Scottish party has the firm backing of MSPs in what appears to be a growing chasm between colleagues at Holyrood and Westminster.

North-east MSP Douglas Lumsden said “all of us in the Conservative MSP group are behind Douglas Ross” and “fully support” the stance he has taken.

It’s understood there is “overwhelming support” among party members and supporters in the north-east – a region where much of their electoral fortunes lie – for the position the Scottish party have taken.

I feel personally that we can answer that question now, that we don’t agree with what has taken place at Downing Street and that’s why we are doing what we are doing.”

It is likely the party had May’s local council elections in their sights when making their assessment of where to place their political loyalties.

Mr Lumsden revealed he “thinks it would have been really difficult for us in Scotland because I imagine that would be the number one question on the doorstep: ‘why are you supporting a prime minister that has clearly broken the Covid rules?’

He added: “I feel personally that we can answer that question now, that we don’t agree with what has taken place at Downing Street and that’s why we are doing what we are doing.”

What about the Scottish MPs?

On Thursday, Mr Bowie and Mr Duguid both said they want to wait until the publication of the investigation being carried out by senior civil servant Sue Gray.

This puts them at odds with most of the party in Scotland but does not go as far as to speak out in strong support of the prime minister, as some others have done, so it is likely they are wanting to try their best to keep their options open.

Mr Bowie, who represents West Aberdeenshire and Kincardine, said while the prime minister was “right to apologise”, he does not think the apology goes far enough.

“I think it’s important to wait and see what the report says, at which point we will have the full facts of the incident”, he added.

Meanwhile, Mr Duguid, MP for Banff and Buchan, who was axed as Scotland Office minister in the last reshuffle but was given a fisheries envoy role, said he understood “the anger many people feel about the events in Downing Street”.

He added: “A comprehensive investigation into what happened is under way and I believe Sue Gray should be allowed to complete her inquiry so the full facts can be established.”

The Scottish Conservatives will certainly be hoping so as they attempt to navigate these turbulent waters.

Indeed, this is the first Scottish Tory leader to call for a sitting Conservative prime minister to resign, and that in itself is extraordinary.

MSPs will be sitting tight and hoping that Mr Johnson is toppled in favour of someone more electable in Scotland.

Ms Gray is expected to deliver the findings of her investigation into lockdown parties “as soon as possible”, with reports it is expected at the end of next week.

All eyes are on the senior civil servant’s findings which Downing Street insists the prime minister will accept.

He has put a lot of stock in the investigation so its conclusions could end up being decisive on Mr Johnson’s political future.