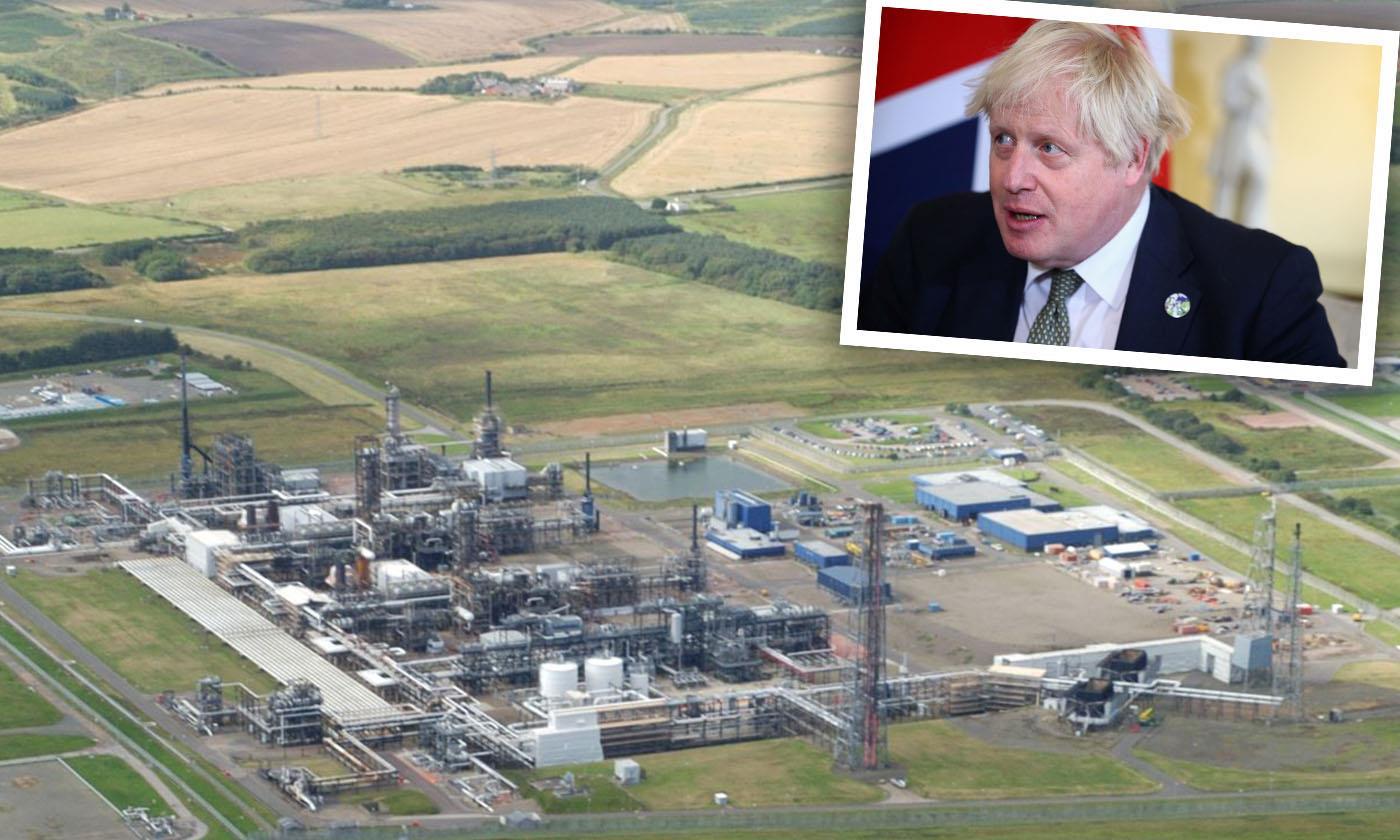 The UK Government’s decision to snub the north-east’s Scottish Cluster bid was seen as another broken promise for a region continuously told it should play a crucial part in the shift from fossil fuels.

But funding for this project was withdrawn at the 11th hour, in a move described as “devastating” for the region.

The political outcry that followed would be mirrored seven years later when the north-east would be sidelined again, this time losing out to the north of England.

The Acorn project at the St Fergus Gas Terminal in Peterhead- if it had received funding in the first round – would have been ready by the middle of the decade.

The facility, which has instead been named as a “reserve cluster”, would have taken industrial emissions and stored them in depleted gas reservoirs in the North Sea.

But now the path looks less certain, with it unlikely the project will come forward before the next round of funding in 2030.

We take a look back at the UK Government’s chequered past when it comes to supporting carbon capture, usage and storage (CCUS) projects in the region.

UK Energy Secretary Ed Davey confirms the Peterhead scheme is one of two bidders being considered for £1 billion of funding to develop CCS technology.

Shell and SSE are behind the project to transform the town’s power station, which would see greenhouse gas emissions captured and transported to the Shell-operated Goldeneye gas field.

Mr Davey says the initiative will “envisions a cleaner, greener future for the North Sea and will support thousands of green jobs”.

In 2015, days before the UN climate change conference in Paris, a CCS project at Peterhead power station had to be scrapped.

The scheme was the frontrunner for a £1bn UK Government fund to develop it before it was withdrawn in a last-minute move which caused political outcry.

As would be echoed again in 2021, industry figures describe the move as “devastating” for the region.

It later emerged around £100 million was spent on the competition before it was scrapped.

A UK Government taskforce highlights Peterhead as a key region to deploy carbon capture and storage technology, less than three years after Westminster cut the £1 million fund to develop it.

The new report describes the region as having “unique potential” for the project due to its links with the oil and gas industry.

Then SNP MSP Stewart Stevenson condemns the UK Government for wasting time and money by not realising the potential of the region.

Speaking at the time, he said: “It has taken the UK Government three years to reaffirm what they already knew about the opportunity from CCUS.”

The report authors say the Acorn CCUS project, located at St Fergus, is a “catalyst” for industrial opportunities in the north-east, which could be operating in the early 2020s.

That ambition has yet to be realised in 2021, with the latest snub setting the project back and dashing hopes in the region.

UK Environment Secretary Michael Gove says the CCUS solutions being developed at the St Fergus Gas Terminal are “precisely” what is needed to meet recommendations by the Committee on Climate Change.

The Acorn project is being developed as part of the so-called “Scottish cluster” of CCUS infrastructure, storing emissions from the industrial complex at Grangemouth near Edinburgh.

Mr Gove, who hails from Aberdeen, adds: “The work that is going on in St Fergus is work we are absolutely committed to supporting.”

Prime Minister Boris Johnson suggested the Acorn carbon CCUS project in Aberdeenshire could be set to benefit from government investment.

Speaking to the BBC, he says: “We’re looking at all sorts of carbon capture and storage projects. The Acorn project is one of them.

“There is a big opportunity for CCUS in this country and we’re investing in it. I think commercial confidentiality probably forbids me from going into details.”

October 14, 2021: UK Energy Minister visits Aberdeen where he talks about the potential for CCS

Energy Minister Greg Hands visits Aberdeen just days before the UK Government chooses not to take forward the Scottish Cluster in its first round of funding.

During his trip he would not be drawn on the bid’s chances of success and says “we’ll have to wait and see the actual decision”.

A great visit to Aberdeen!

A city full of energy in every sense – oil & gas, renewables – and potential, like carbon capture & storage.

Vital sectors for Aberdeen, North East Scotland and the whole of the U.K.

Thank you to everyone who gave me their views. pic.twitter.com/eBNJm4jijB

However, he stressed the importance of the skills base in the north-east and said many of these were “transferable from oil and gas to renewable technology, CCUS and other technologies”.

Energy Minister Greg Hands confirms the Scottish Cluster bid, which has the Acorn project as its backbone, has missed out on UK Government backing.

Instead, the project would only be a “back-up” bid, in favour of two schemes in northern England.

Boris Johnson’s government is accused of delivering “yet another Tory broken promise” in its decision to reject the so-called Scottish Cluster.

The decision was met with widespread disappointment and fury in the north-east and further afield, with energy tycoon Sir Ian Wood among those calling on UK ministers to “reconsider their decision”.

Prime Minister Boris Johnson insists the scheme to develop carbon capture technology in the north-east “still has strong potential” despite his government choosing to bypass the bid for funding.

He points to the fact the project has been selected as a reserve cluster as proof the Acorn project could still be taken forward.

Lord Callanan sparks a backlash after he says it was “not true” to say the Scottish project was the “most advanced” bid put forward, during an exchange in the House of Lords.

In a statement, the Scottish Government says the north-east has “vast energy expertise and infrastructure and is ideally placed to carry this work forward”.

Aberdeen South MP claims the move was a “political decision from a Tory government looking to shore up votes in the north of England”.

A UK Government spokeswoman tells the Press and Journal that it is “committed to making the UK a world-leader in green technology, including carbon capture”.

She adds: “The Acorn project has already been allocated over £40m in development funding by the UK Government in recent years, and we want to make sure the cluster can get maximum value from this support going forward.

“The strong potential of the Scottish Cluster has been confirmed by the bidding process – which is just the start.

“This is good news for the future competitiveness of Scotland’s industry, and we will work with the Scottish Cluster to help continue their development.”