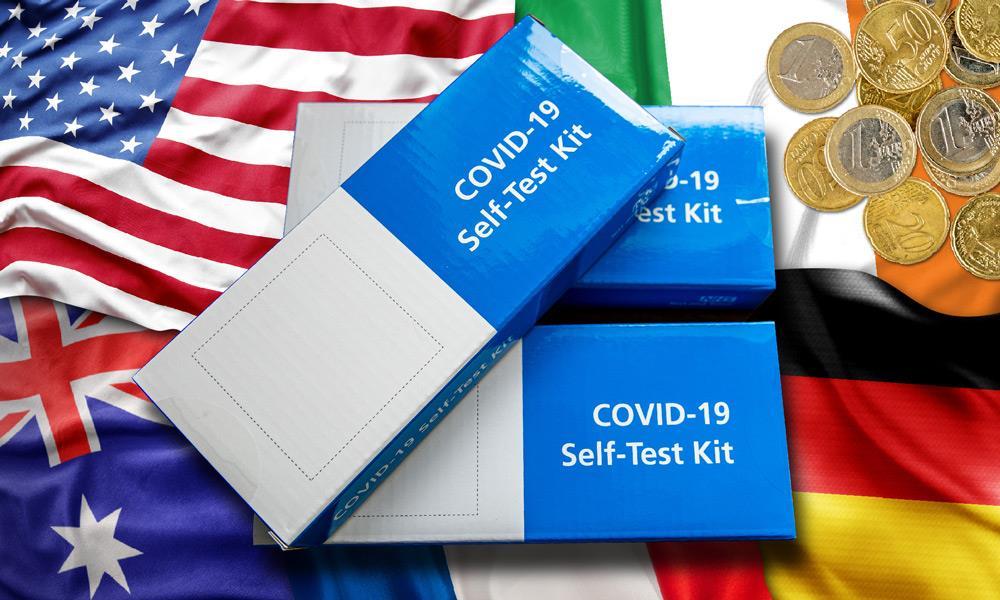 That’s why suggestions by UK Government figures that tests might not be free for much longer sparked such an immediate response.

Senior Conservatives tried to calm down concerns of any quick plan to charge cash for access to the devices.

But many other nations already charge for tests, if they are readily available at all.

Here we take a look at how people around the world are asked to pay for their at-home testing kits, and whether we might end up paying too.

You can explore our interactive map to see how other countries compare.

Where do you need to pay for tests?

In places such as France and The Netherlands, people can pick up and pay for lateral flow tests from supermarkets and pharmacies.

Many countries do not have so much emphasis on at-home testing. Finland only change its stance and started recommending at-home testing in December 2021.

Other states are staunchly against giving out at-home testing kits for free.

Australian Prime Minister Scott Morrison previously said testing for those who do not have symptoms should be left to the “private market”, adding: “We just can’t go round and make everything free.”

Some even charge for PCR testing – the type used in the UK to confirm infection at drive-in sites or labs.

Libya, the United Arab Emirates and Serbia all charge for PCRs.

Can tests be free forever?

The first sign of a change in policy was floated in a report in The Sunday Times on January 9.

A Whitehall source suggested: “I don’t think we are in a world where we can continue to hand out free lateral flow tests to everybody forevermore.

“It’s likely we will move to a scenario where there is less testing but where we have a capacity to ramp it up if necessary, such as in the winter.”

The reaction provoked a response from Prime Minister Boris Johnson, but he did not rule it out.

He said the government will continue to make lateral flow tests available for free “for as long as is necessary”.

UK Government minister Nadhim Zahawi said he did not recognise the claims made in the report, and added: “This is absolutely not where we are at.

“For January alone we’ve got 425 million lateral flow tests coming in and they continue to be available for free.”

In a coronavirus briefing on January 11, Ms Sturgeon said it is “essential” free lateral flow tests remain in place.

On social media, she said the suggestion free tests would end was “utterly wrongheaded” and shows current UK funding rules “not fit for purpose”.

If UK government is really considering this (@scotgov⁩ certainly not signed up to it) it is utterly wrongheaded. Hard to imagine much that would be less helpful to trying to ‘live with’ Covid. https://t.co/CR72sm5bUI

Germany introduced free “schnelltests” in March 2021 for residents and visitors at the start of the global pandemic.

It was scrapped on October 11 2021 in an attempt to encourage more people to get vaccinated.

From then on free tests were only available to those who were not able to get vaccinated, such as children under the age of 12, or those on low incomes.

But the free schnelltests were reintroduced after only a month because of a spike in infections.

Could this be a lesson for UK Government policy makers?