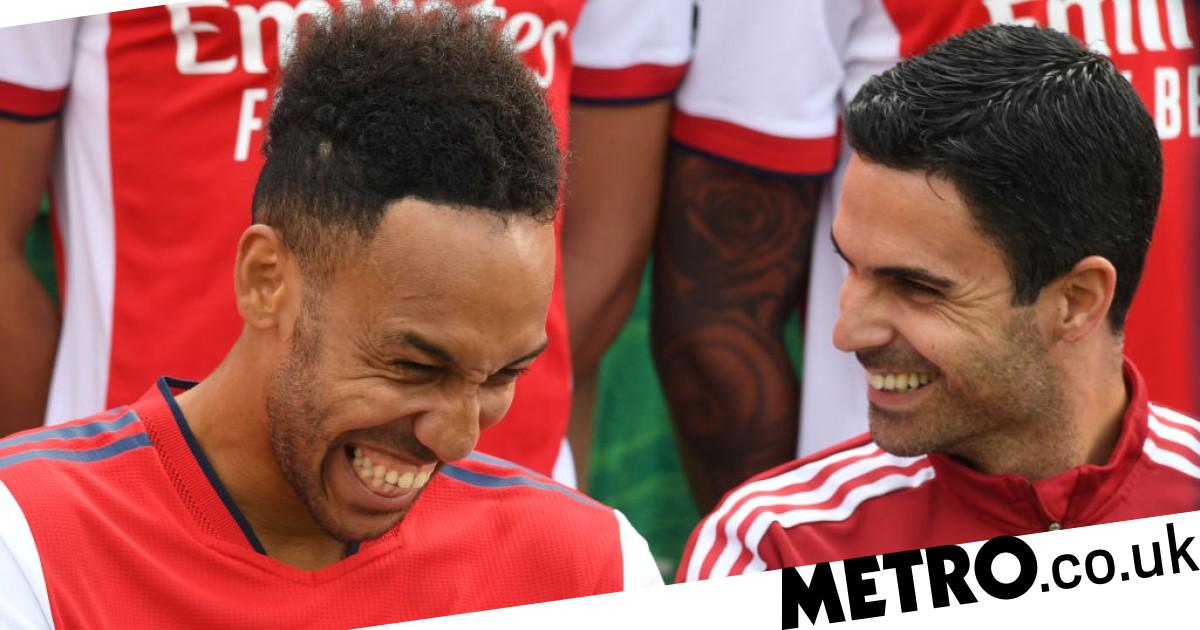 Pierre-Emerick Aubameyang’s return to something like his best form this season was triggered by crunch talks with Mikel Arteta, during which he was asked if was comfortable in his role as club captain.

The Gabon international inherited the position almost by default following the spectacular way in which Granit Xhaka was forced to vacate the role just over two years ago after his infamous meltdown against Crystal Palace.

Aubameyang initially warmed to the increased responsibility and delivered his best run of form in an Arsenal shirt towards the end of the 2019/20 season, which culminated in matchwinning performances in the latter stages of the FA Cup against Manchester City and Chelsea.

After committing his future to the club by signing a lucrative long-term contract just over a year ago, however, Aubameyang’s form nosedived and he often cut a disconsolate figure as the Gunners embarked on a near unprecedented run of form which saw them lose four consecutive games at home against Leicester, Aston Villa, Wolves and Burnley.

Later in the season, Aubameyang suffered the ignominy of being excluded from the squad ahead of the north London derby against Tottenham after he was stuck in traffic on the way to the match and missed a team meeting.

Arteta publicly admonished his skipper for his poor timekeeping, which did little to aid a relationship that appeared to be rapidly deteriorating but, according to The Independent, the pair held key talks during the September international break which have triggered a rapid improvement.

Around the training ground, the 32-year-old is now said to be unrecognisable from the player who ‘had a reputation for falling asleep during team meetings’ and has fully bought into the way his manager wants to play.

The former Borussia Dortmund star, restored to his favoured central role, has scored seven goals in 11 appearances in all competitions this season, while his work rate and willingness to press from the front have been noted by pundits, including Jamie Carragher, and his manager alike.

Speaking ahead of Saturday’s acid test against Liverpool, Arteta urged his senior striker to continue on the same trajectory, saying: Keep doing the same, because he is getting in great positions.

‘He is having chances and things will happen. He has already scored quite a lot of goals, we always demand more and want more.

‘But he needs to continue the form that he’s in, the attitude he is showing and as well the level of implication that he not only has on the team, but around the club as well.’


MORE : The Man Utd, Chelsea & Arsenal stars who need to kickstart their seasons