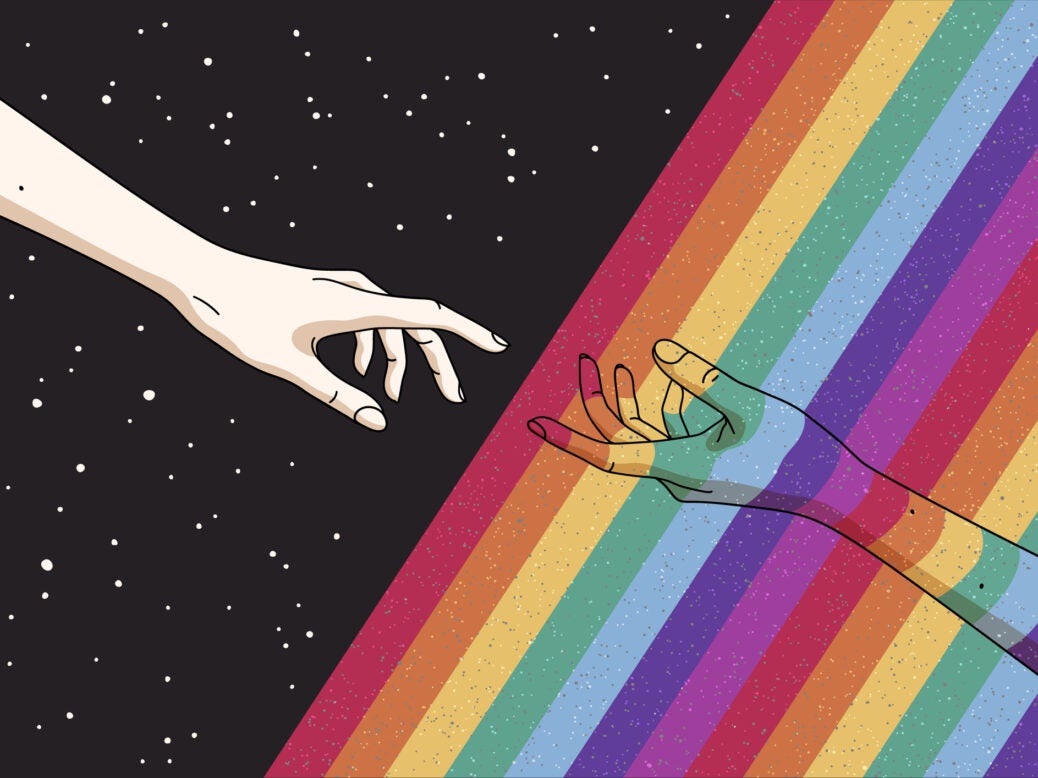 In junior school they called me “Nancy Clancy” because I had a weak kick in football and dropped things at rounders. Not to mention being a girly boy with a lisp. The result was “Nancy Clancy”, and it made me feel ashamed. I didn’t know what the word meant when I was eight, but I knew I’d failed by male standards.

Fast forward 40 years and I’ve just opened a hairdresser’s which I’ve christened Nancy Clancy. There’s a pink neon sign in the front window declaring as much.

I live in an area where diversity is celebrated: the festival town of Ulverston, South Cumbria. (Of course, there was that neo-Nazi with his machete who got arrested on the way to an LGBTQ+ night, but that was 10 miles away.)

But some of my older clients started to freak me out, warning me I’d get my windows put through. I seriously thought about covering up my neon at night with a bed sheet to hide its fabulousness. Luckily, there hasn’t been the need… yet.

You see, homophobic hate crime is on the increase. Home office figures show that hate crime cases doubled between 2015 and 2020. In my own circle of friends, two gay men were beaten up while on a hen night with a group of lasses. Police found, through CCTV, the men had been stalked by their attackers through pubs in Preston’s city centre.

I have another friend, in Leeds, whose best mate, a flamboyant 37-year-old, committed suicide after constant bullying from a neighbour he’d been at school with. I’ve found myself wondering: what insults were too much for him? Were certain words enough to make him want to hang himself?

In mid-August last year, a young gay married couple were stood outside a nightclub in Birmingham when a black SUV rocked up with four men inside, shouting homophobic abuse. These men got out and bottled the couple, leaving one of them unconscious, all the while calling out cruel insults.

Those words will harm you. They can break you too. And gay shame and self-loathing are difficult things to talk about: they go against the perceived idea of gay men as eternally happy and funny with a glass of something fizzy in hand.

But the truth is those signals little gay boys receive in the playground, the ones that tell them their gestures are ridiculous or their desires shameful, can split them from their true self, through the constant fear of being humiliated, or rejected.

I had this fear return in flashes recently over my sign. Was I showing too much of myself? Would people laugh at me, not with me?

Two weeks in, a straight male client at the end of his haircut asked me for a badge.

“Am I not now officially a Nancy Boy?”

Those badges are on order.

David Clancy is supported by A Writing Chance, a UK-wide project from New Writing North designed to discover new writers from underrepresented backgrounds whose voices have historically not been heard in publishing and the media. You can read work by other writers in this initiative here.

A Writing Chance is co-funded by Michael Sheen and the Joseph Rowntree Foundation and supported by the New Statesman and the Daily Mirror. The project is delivered by New Writing North and literature organisations nationally, with research from Northumbria University.