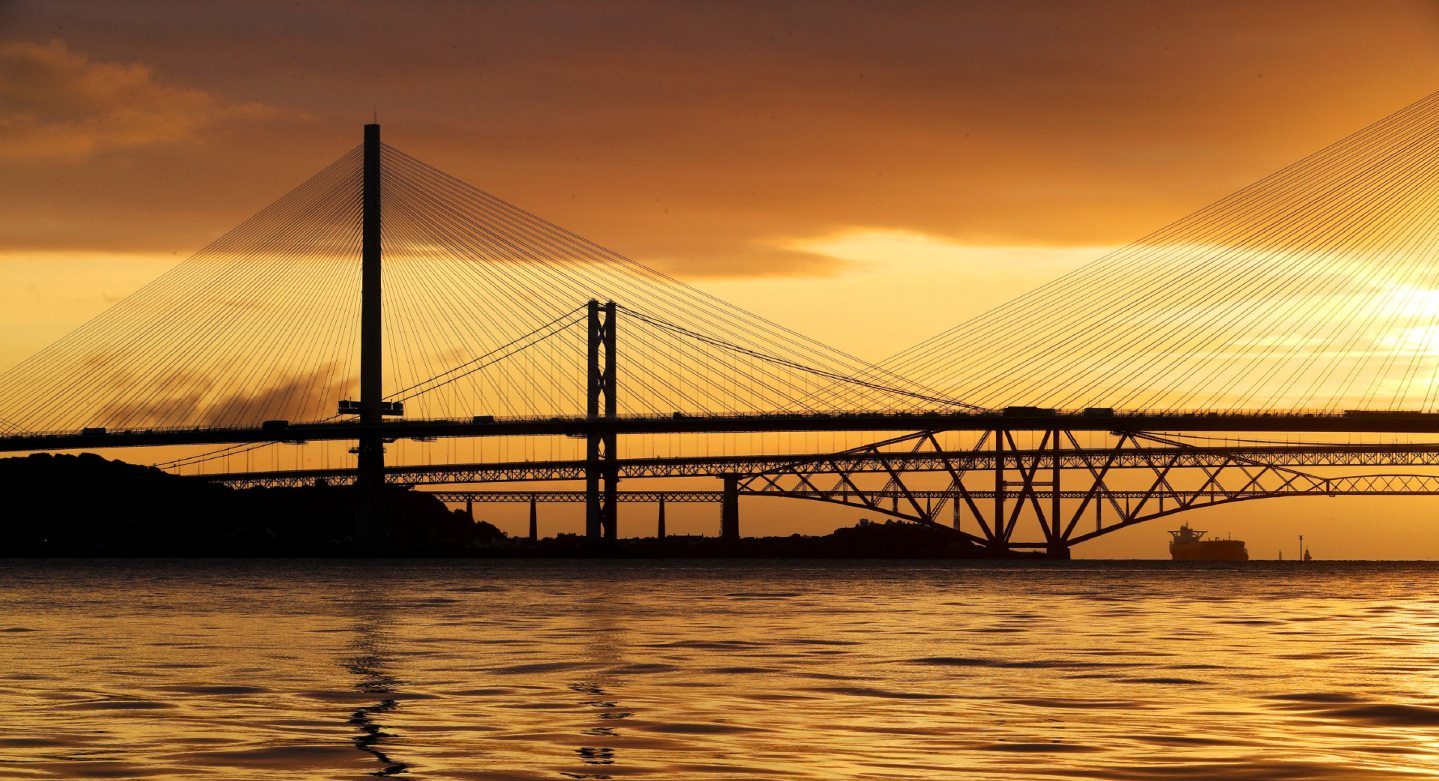 Motorists faced a £10 toll to travel over the new Forth bridge under early plans during Jack McConnell’s Labour-led executive.

Cabinet papers from 2006, which can be revealed for the first time today, show how ministers discussed using tolls to pay for a new crossing.

The move was being considered despite the Scottish Executive, which had removed the controversial charges from the Skye Bridge in 2004, facing an angry backlash against existing tolls on the Forth Road Bridge and the Tay Road Bridge at the time.

The Courier was leading a campaign which forced a rethink on the levy, before the SNP government delivered on its promise to scrap it after coming to power in 2007.

Newly-released documents show how the two issues came to a head during a key Cabinet meeting on March 1, 2006.

Transport Minister Tavish Scott won approval from colleagues for a plan to remove existing tolls on the Erskine Bridge but to keep them on the Tay and Forth crossings.

At the same meeting, the Cabinet agreed to order Transport Scotland to start drawing up plans for a “replacement” crossing of the Forth, after experts warned corroded cables on the existing road bridge meant it might have to close to HGVs by 2013, and to cars by 2019.

Mr Scott’s paper estimated the new bridge could cost between £500 million and £1.1 billion, with the most “optimistic” assessment suggesting it could be complete by 2014.

It discussed “indications of likely toll levels”, concluding that the project could be “self-funding” at a £10 flat toll per northbound vehicle, or £5 each way.

The charge for the Forth Road Bridge was £1 when the tolls were scrapped in 2008.

“Importantly, tolls can be justified as a contribution to construction costs and should be retained as an option for funding major bridge construction and investment,” the 2006 report to Cabinet said.

“They can play a part in addressing congestion, and should be more closely aligned with road user charging. Using tolls to fund maintenance is not a compelling justification alone.

“Based on these principles, the review concludes that different approaches are required for different bridges.”

However, the announcement that fees would be scrapped on the Erskine Bridge, but not for the Tay or the Forth, helped to turbocharge the local campaign against tolls.

On March 30, in the same month as the Cabinet decision, ministers were forced to announce a new review of the tolls on the Forth and Tay bridges.

A note to Cabinet highlighted that “The Dundee Courier is leading the campaign on the Tay”.

It added: “A report is expected to be with ministers in the autumn. Public interest will be intense and any timetable will likely be criticised as being too slow.”

Labour and the Lib Dems eventually committed to scrapping the Tay tolls, and removing some charges from the Forth, but were ousted from government by Alex Salmond’s SNP a few weeks later.

He said: “Obviously there was anger in Fife when the Erskine Bridge had the tolls taken off, but people Fife were left having to pay to get in and pay to get out.

“There was a very strong feeling among people who weren’t particularly bothered about the tolls initially, that if it was justifiable to lift the tolls on the Erskine Bridge, there was no way you could defend keeping them on the Forth and Tay bridges.

“We began to pick it up on the doorsteps at the time.”

Mr Grant added: “I think The Courier campaign was important. Obviously The Courier covering both side of the Tay, the argument for lifting the tolls was one The Courier could see very well.

“They could see the impact it had on people trying to get to work. Businesses trying to get back and forward across the Tay, and they would have seen it on the Forth as well.

“It wasn’t just about the amount of money you had to spend to get over – it was the fact you were sometimes kept waiting for 10,15, or 20 minutes at the barriers at the tolls.

“I don’t think there is any doubt when a newspaper like The Courier, with its thousands of readers in the areas most affected by the tolls – that kind of message going out pretty much every day of the week, I think it moved people’s opinions and galvanised people to get involved in the campaign.”

The SNP government confirmed in 2013 that the new Queensferry Crossing would be toll-free.

Motorists have each saved thousands of pounds since The Courier’s campaign to scrap tolls triumphed.