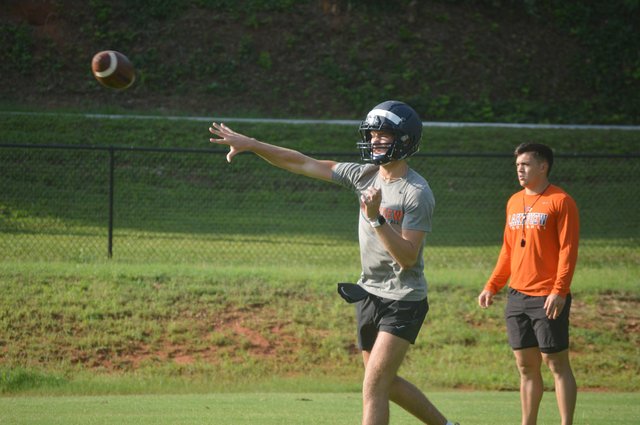 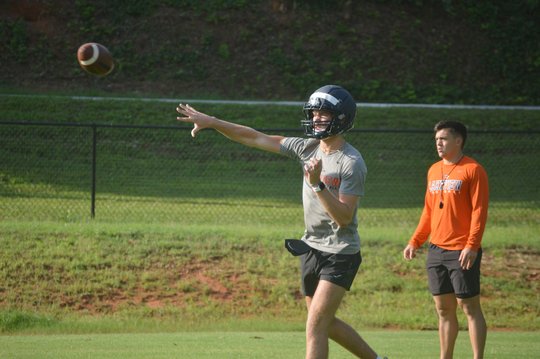 And with the new league, Shaw feels like Lakeview Academy can be extremely competitive as it will play in the same division with Riverside Military Academy, George Walton Academy, Bethlehem Christian and Loganville Christian.

“We’re chomping at the bit to get the season started,” Shaw added.

Along the line of scrimmage, the Lions will have good experience back in the fold, led by two-way starters Stuart Daniel and Evan Yaskulka, both juniors.

Before the end of the summer, Lakeview Academy got considerably bigger on the line of scrimmage, adding 300-pound freshmen Shelton and Kendrick Kelley from Stephens County, while 275 pound-sophomore DJ Whitcomb has enrolled from Banks County.

Also from Banks County, sophomore Clay Smith has enrolled at Lakeview Academy. He will have a chance to play at quarterback, as well as other skill positions.

Lakeview Academy has also benefitted from adding running back Antonio Cantrell, a 190-pound sophomore, who last played at Habersham Central. Leading the Lions on the outside, Kastian Haynes is a returner at wide receiver and defensive back, who Shaw speaks highly of his production.

In special teams, the Lions have Liam Weidner, a senior, to handle punting duties. Bryan Ramsey will do the kicking.

Clyde Jones, Junior Thompson and Armand Long are also some younger skill players who have moved into the Lions’ program and will have a chance to contribute right away.

Even after one down season, it stands to reason that Lakeview Academy will have a resurgence under Shaw, who has produced many top-tier winning programs at Flowery Branch and then Rabun County.